Octo Pramac Racing wears Boxeurs Des Rues ®, italian brand leader in sportswear, already team supplier from 2007 to 2012. Riders, technicians and the staff of Octo Pramac Racing will wear Boxeur Des Rues during the 18 events of the MotoGP calendar for the 2017 and 2018 seasons.

“It is with great pleasure that we are wearing again uniforms by Boxeur des Rues ®, which is much more than a technical partner for us. The 2017 MotoGP season will be full of challenges and battles and that’s why we like to go out onto the world championship tracks with the soul of true fighters!”.

“In addition to streetwear we like to call ourselves a “fight activewear company”. In our opinion the word “fight” goes far beyond its literal meaning: it reveals willpower, courage and determination. Strong willingness to struggle and never surrender, always looking ahead. From 2007 Pramac Racing has been a valuable spokesman for us with which to share these ideals. Over the years we have seen a turnover of different pilots riding Ducati of the Pramac Racing team; just to mention a few: Alex Barros, Alex Hoffman, Loris Capirossi, Toni Elias, Mika Kallio, Andrea Iannone and Sylvain Guintoli. Those riders, or as we call them “fighters”, are symbol of excellence and ability to rise again, keeping on striving to reach the goal. Also this year we wish to thank those who are our real “fighters”: Danilo Petrucci, Scott Redding as well as the whole Pramac Racing team who daringly face their battles with grit and firmness: always beyond”. 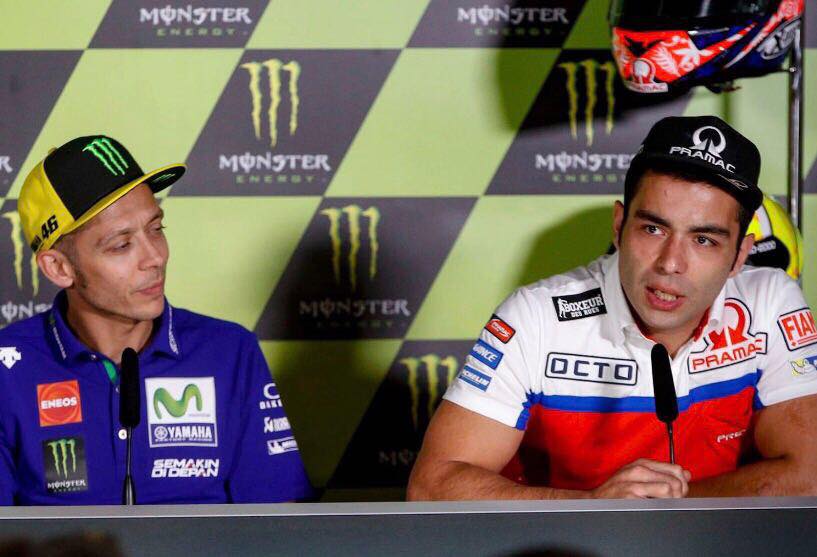