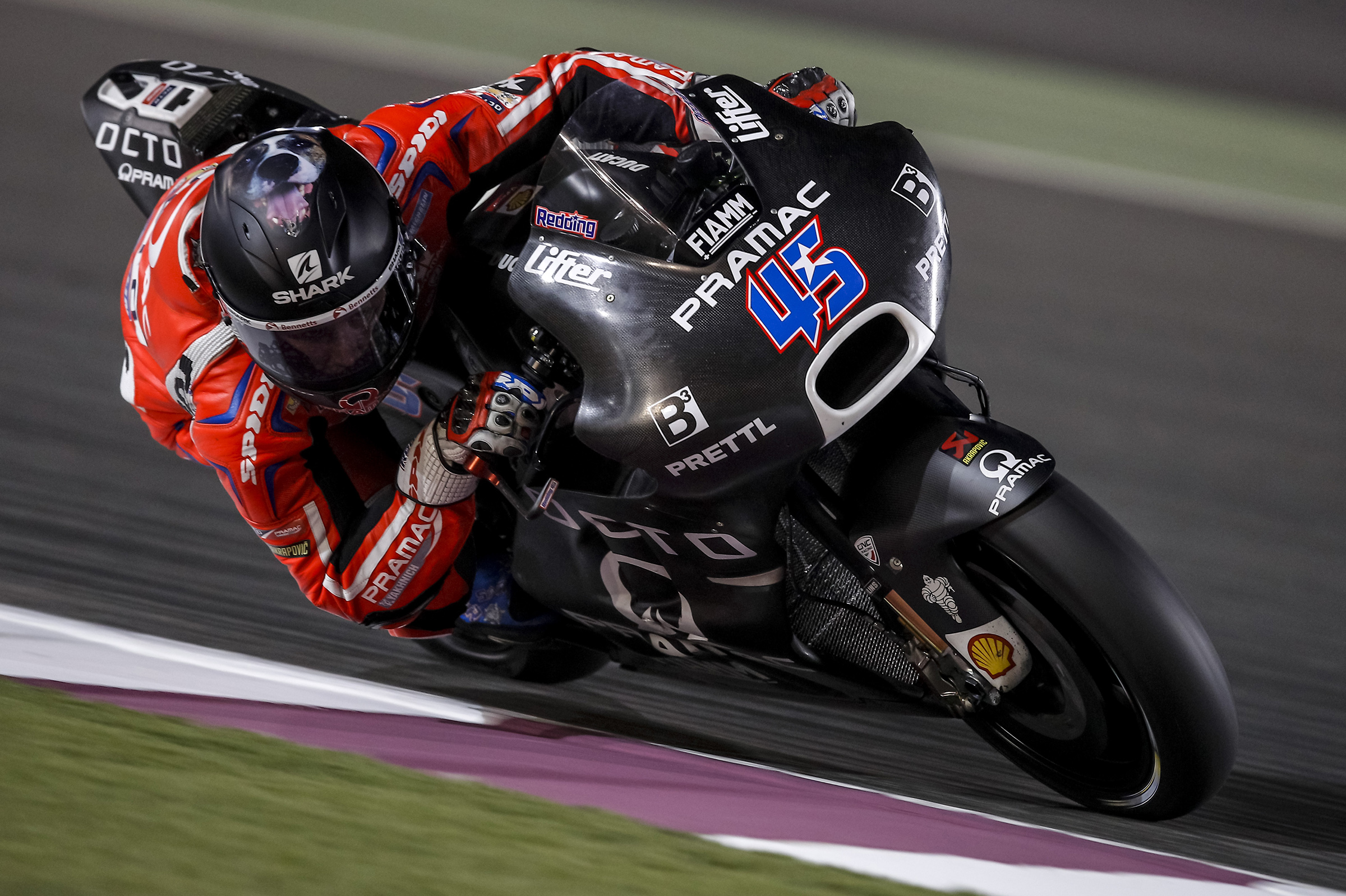 The last winter test of the 2017 MotoGP season ended with extremely positive indications for Octo Pramac Racing. At the Losail international circuit in Doha, Qatar, Scott Redding sets the seventh time in the combined standings while Danilo Petrucci can be very satisfied with his race pace.

Scott has confirmed the steady progress achieved in the three-day testings. After a positive 20 laps long run, he managed to record a superb lap-time (1’54.750) which earns him sixth position in day-3 timesheet (seventh overall), two tenths behind the hypothetical front row.

Petrux has continued the development work on his Ducati Desmosedici GP and despite some problems encountered during the session, he managed to keep a very high pace during his race simulation, lapping consistently around 1’55.6. A crash without consequences in the final phase of the long run did not then allowed him to go out on track again for the time attack. 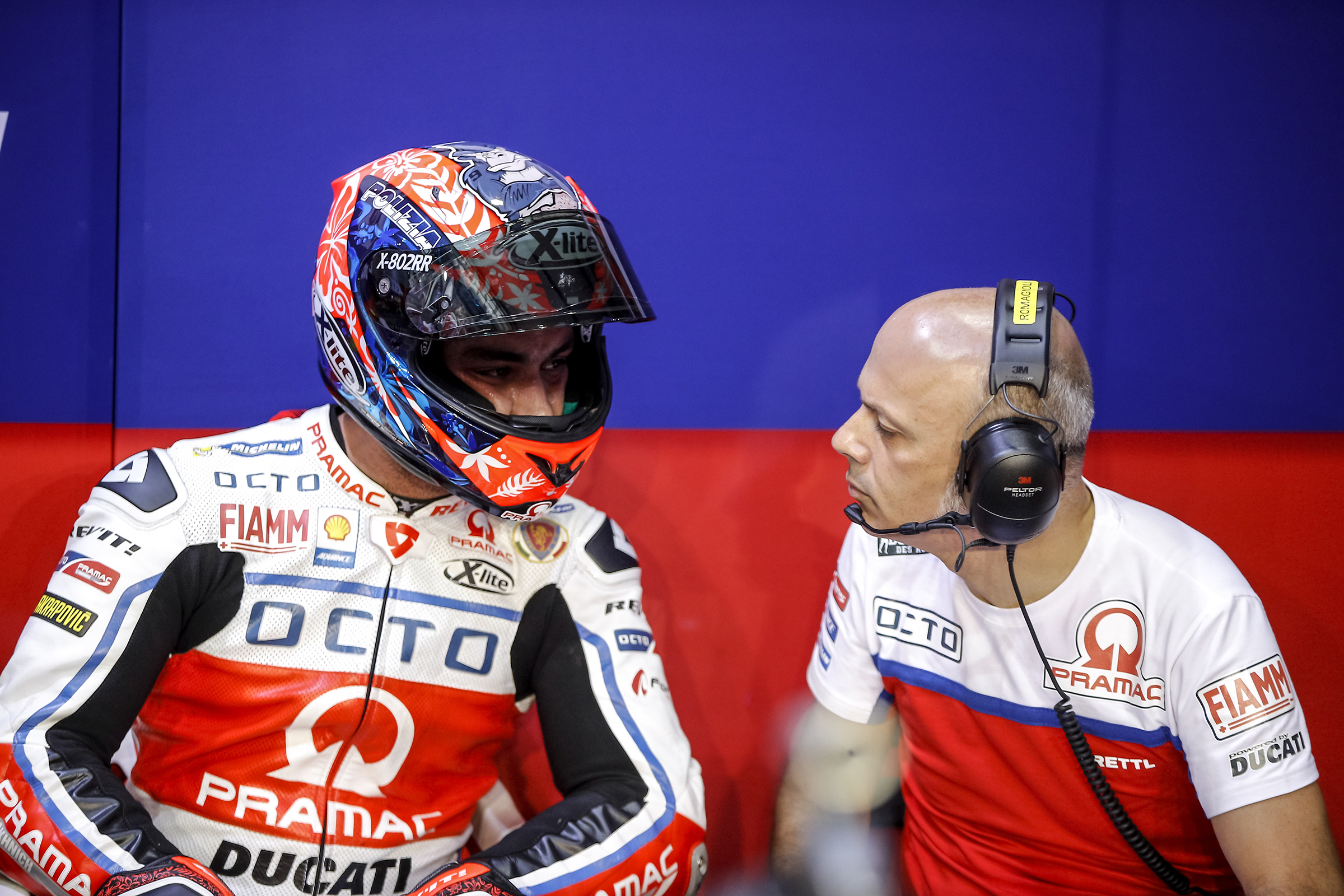 “It was a quite complicated test. We had so many new things to try even today. The problem is that I have not spent enough time on track. As a result it was difficult to find the pace but in the race simulation I went very well and this gives me great confidence. Of course I should be able to do better with the new tire, but that does not matter if we think of the race distance. I go home with a good feeling and I’m looking forward to returning in Qatar in a week to focus only on performances”. 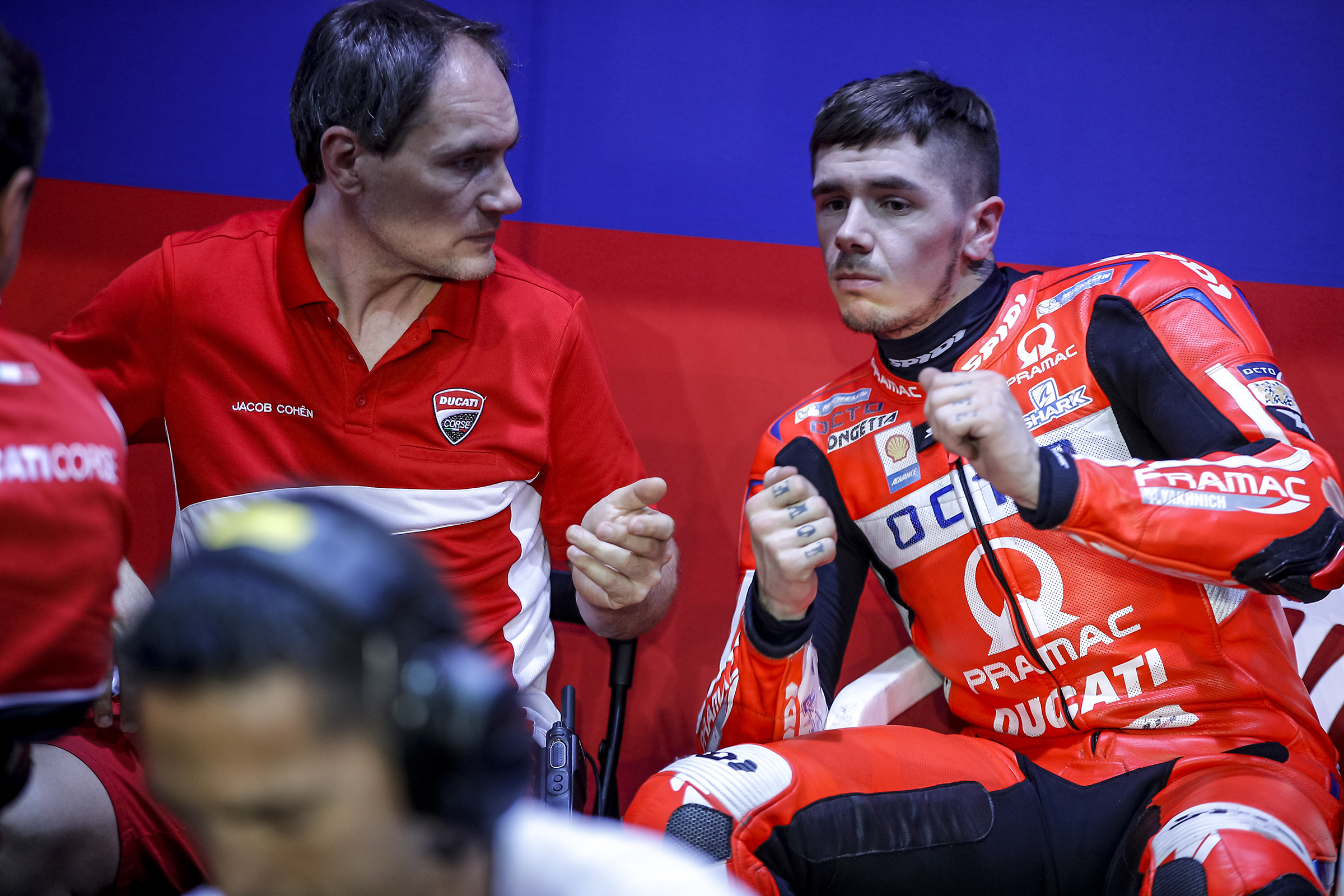 “I’m very happy with how things went in these three days in Qatar following the difficulties encountered in Malaysia and Australia. We did a great job in particular by improving the feeling with the front end. There is still something to do, but the direction is the right one and I’m very confident for the race. We have made progress day by day. And I have the feeling that I could do even better on the time attack. At the same time I am also pleased with the pace that I can still improve.”.