Fantastic front-row start for Petrux in qualifying for CatalanGP. Scott 11th with great confidence on the race pace 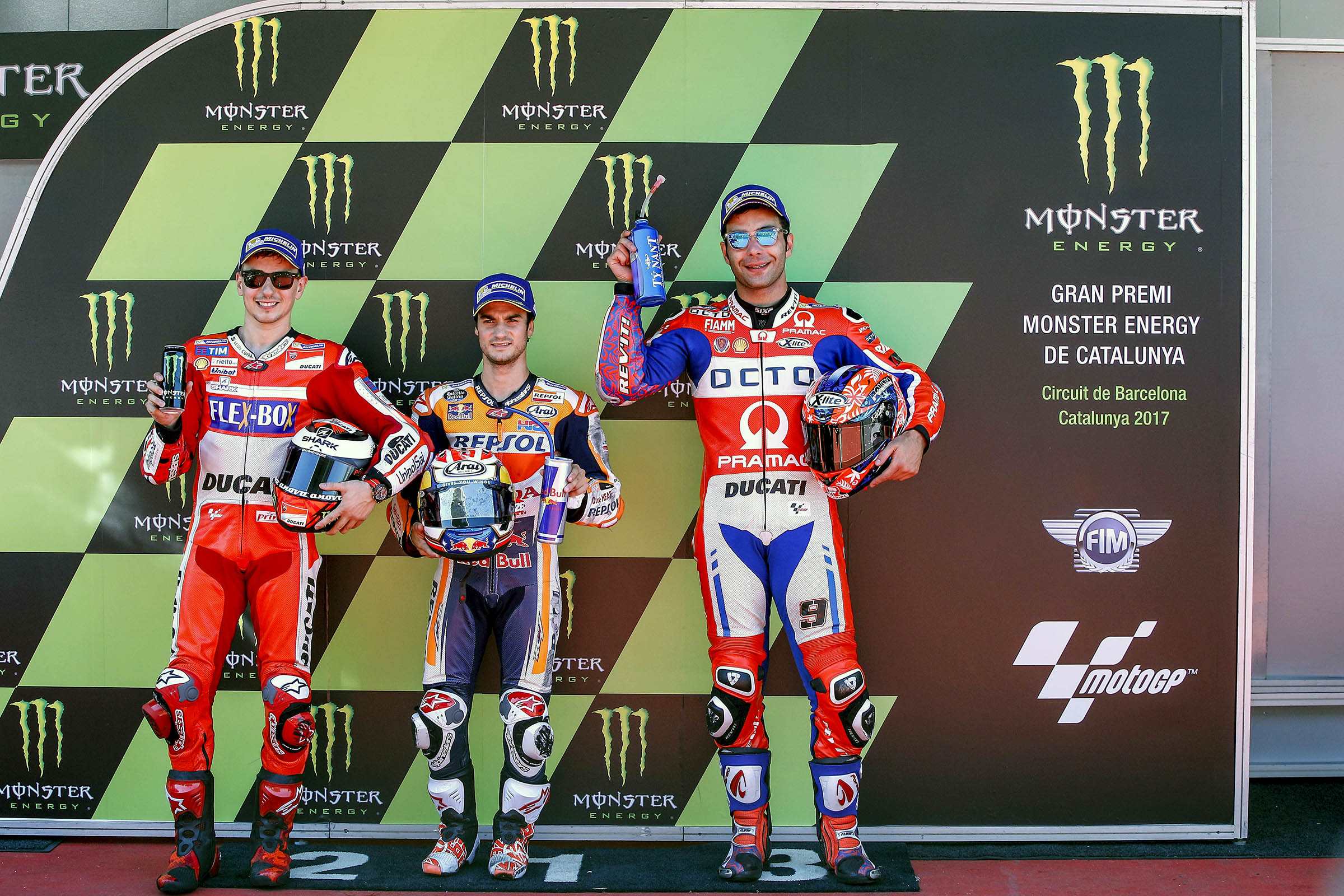 An extraordinary day for Octo Pramac Racing. Just six days after the fantastic podium at Mugello, Danilo Petrucci returns to celebrate at the parc fermeè of the Grand Prix de Catalunya after winning his first career front-row start. Very positive news also from Scott Redding who will start 11th.

Following the great result on Friday’s free practices (5th place) Petrux repeats on Saturday’s qualifying, first winning the direct qualification to Q2 then lapping with a very good race pace  in the FP4 finished 1 tenth of a second from the third lap-time of Marc Marquez. In the second run of the Q2 Petrux makes another masterpiece pushing hard while lapping alone. His P3 is celebrated in the garage of Octo Pramac Racing and by his team at the park fermeè.

Scott Redding just missed a bit of luck on his second time attack to gain at least the third row. The English rider finished with the time of 1’44,852, two-tenths of a second from the ninth position of Maverick Vinales. Extremely positive indications come also from the FP4 that Scott ended up in eighth place, 141 milliseconds behind the second time of Andrea Iannone.

“It was a very good qualifying, perhaps even unexpected because the asphalt is not in good conditions as it is very slippery. Since yesterday we have been very fast with soft tires. We will have to improve tomorrow on race distance. The second half of the race will really be very difficult. We will start from a better position than Mugello so I hope to manage to save the  rubber at the beginning. I want to make a good start to try to stand in front. I’d like to end up in the top five”. 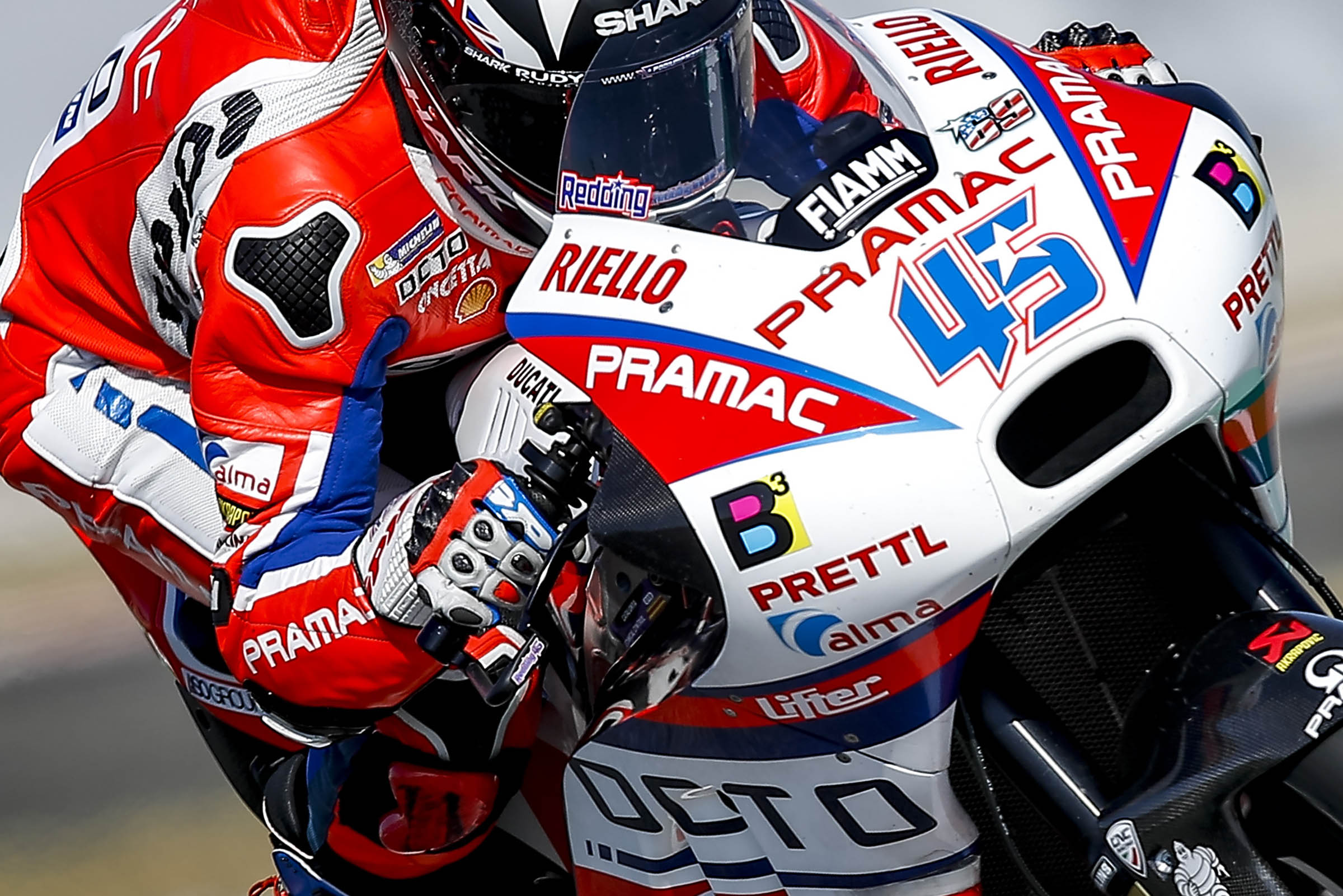 “All thing considered I’m happy about how things went in the weekend so far. To be honest I expected something more from qualifying but I was not lucky, especially when I was doing a very good crono behind Marquez but he did crash. I had the potential to do third row but still am satisfied. We did out best and the race pace is good. Tomorrow will be a very difficult race but I am very confident”.