Home/News/Fantastic race by Petrux that ended only a heartbeat away from victory at #DutchGP. Scott crashed in the last lap while he was in P7
Motul TT Assen - TT Circuit Assen - The Race


Fantastic race by Petrux that ended only a heartbeat away from victory at #DutchGP. Scott crashed in the last lap while he was in P7 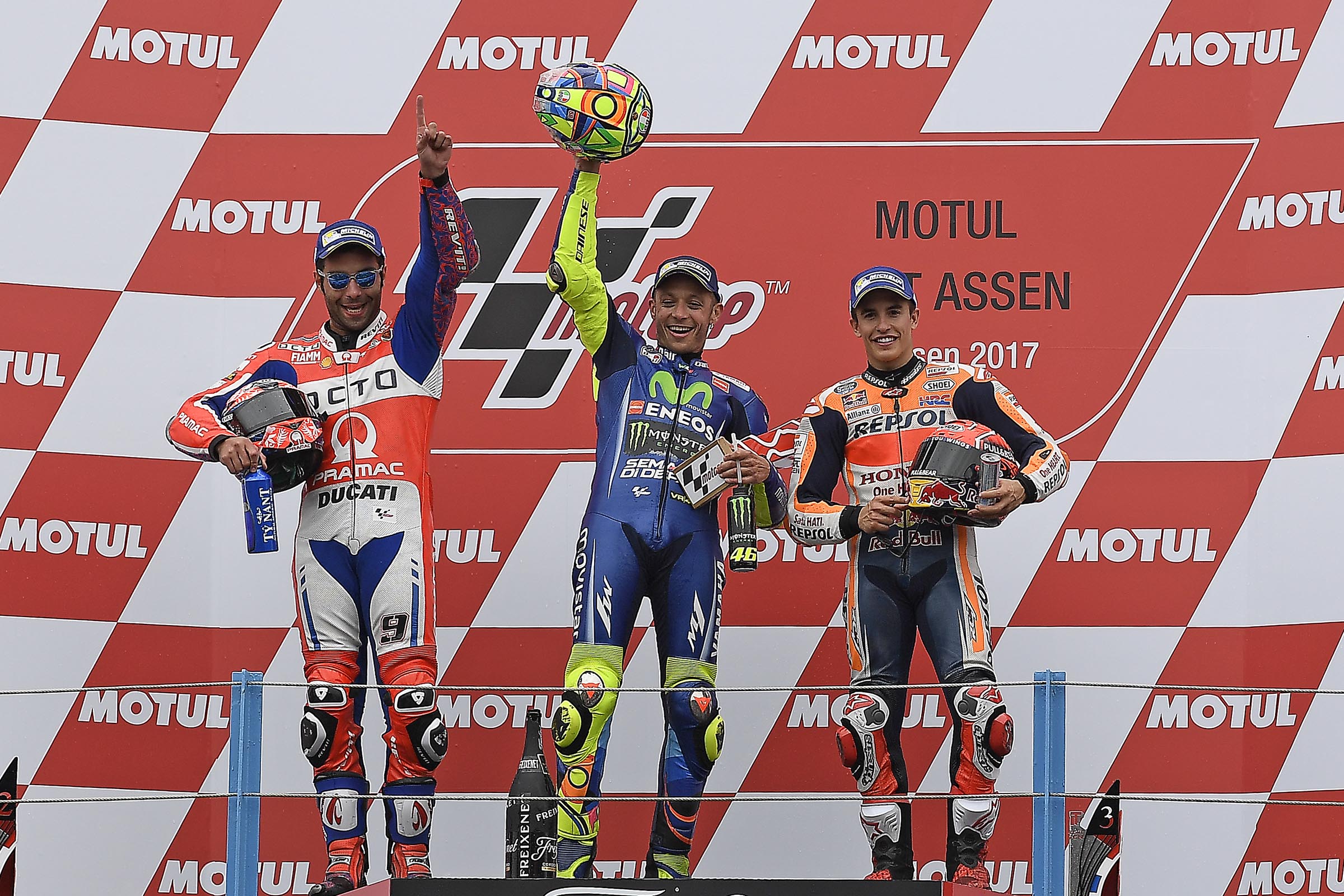 Danilo Petrucci is on fire. Following the podium at Mugello and the great race in Barcellona, at the Cathedral of Speed he was protagonist of a stunning race. A good sunday also for Scott Redding, even if a crash in the last lap didn’t allow him to take home a precious seventh place.

Petrux started well from the front row, and was immediately in the leading group with Zarco, Rossi and Marquez. The race pace was awesome and the third position came during lap 11 when he was able to overtake Zarco. Four laps later he attacked Marquez for the second position. A few drops of rain begin eight laps before the end of the race however the leading group remained on the track. Seven laps from the end also Dovizioso was able to catch the leading group and the fight was epic. Petrux came out victorious and remained attached to Rossi in order to take the lead of the race 4 lap from the end. Petrux was also ready for a new attack on the last lap, but Rins and Barbera (along with the absence of blue flags) did not allow him to find the right condition to overtake Valentino. Petrux ended second only at 63 thousands of a second from Vale. We will try again in Germany Petrux!

Also Scott started very well, leading the group behind the leaders with a significant race pace. This was highlighted by the fastest lap in the tenth lap, and by the impression that could join the leading group. Suddenly Scott started to experience lack of front-grip from lap 9. On lap 13 he is in P11 but manages to remain focus. When the rain starts to drop he decides to remain on track. And this is the right decision as he start the last lap in P7.  Unfortunately Scott lost the front and was not able to bring back home a precious 7th place. 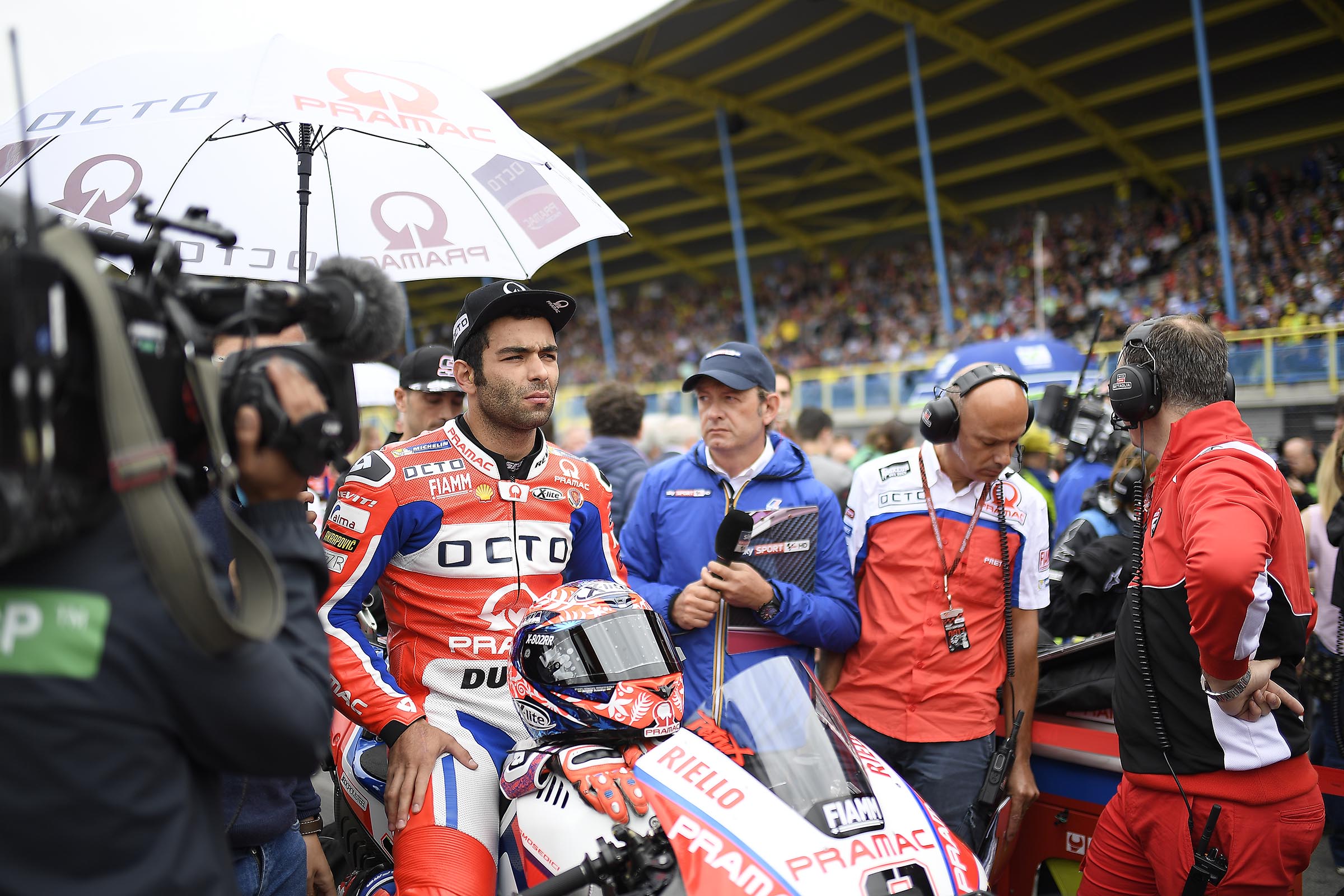 “It’s a great result. I am very happy for this P2 although I have to admit that for a long time I had the taste of victory in my mouth. I was convinced I could pass Valentino in the last lap. Everything was set for the overtake but unfortunately I struggled to pass Rins and Barberà who were lapped. It’s a pity. I am sure, however, that tomorrow morning I will realize what we did: a great weekend. And to be honest I can not wait to be in Germany. I want to win!”. 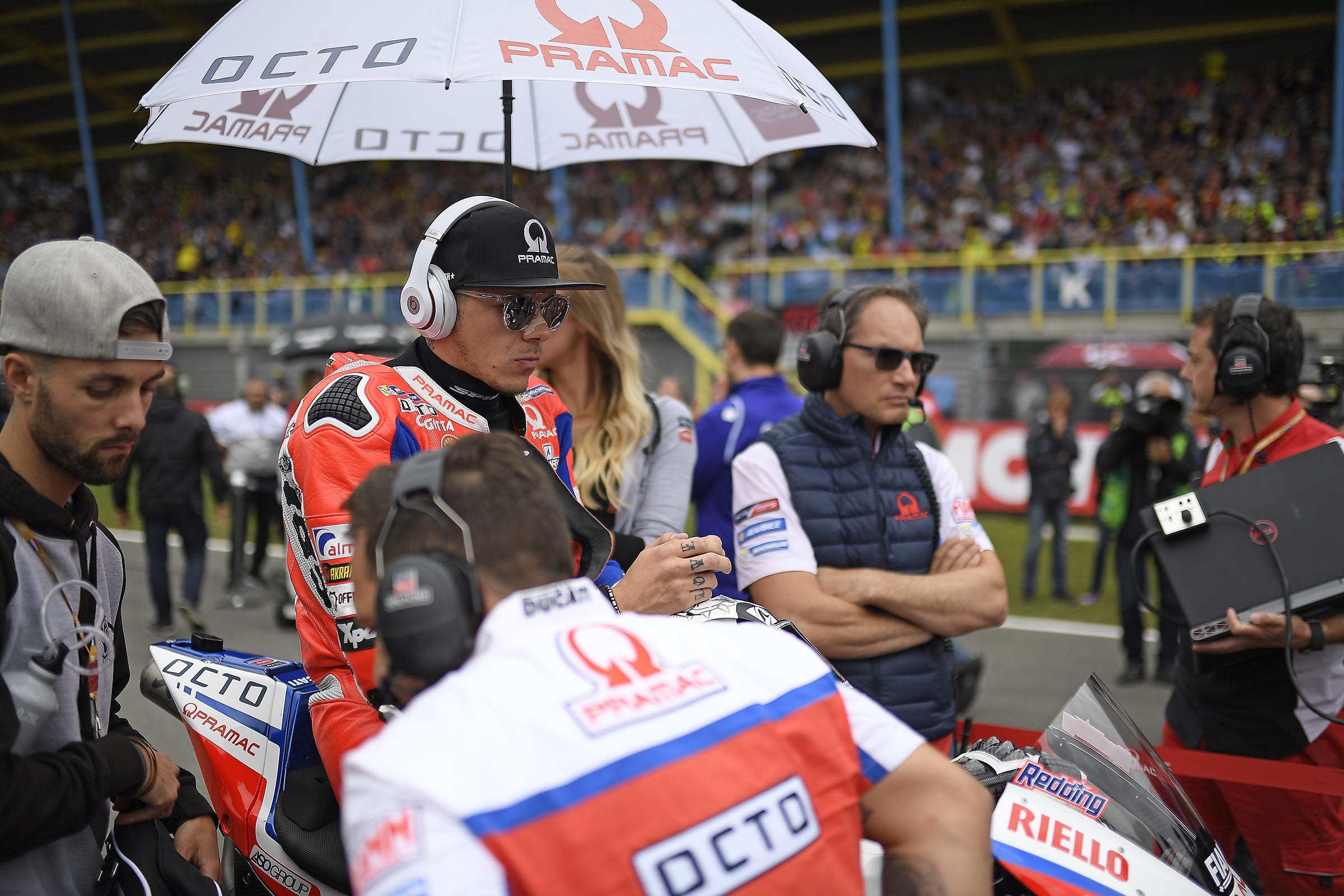 “Following a very good start, in the first few laps the race pace was excellent. Then I started to lose feeling especially with the front tire that started suddenly to drop. When it started to rain I thought things could improve but I did not find the benefits I expected. I’m so sorry for the crash in the last lap, but I have to admit it was a good weekend, especially after the big problem we experienced on Friday”.