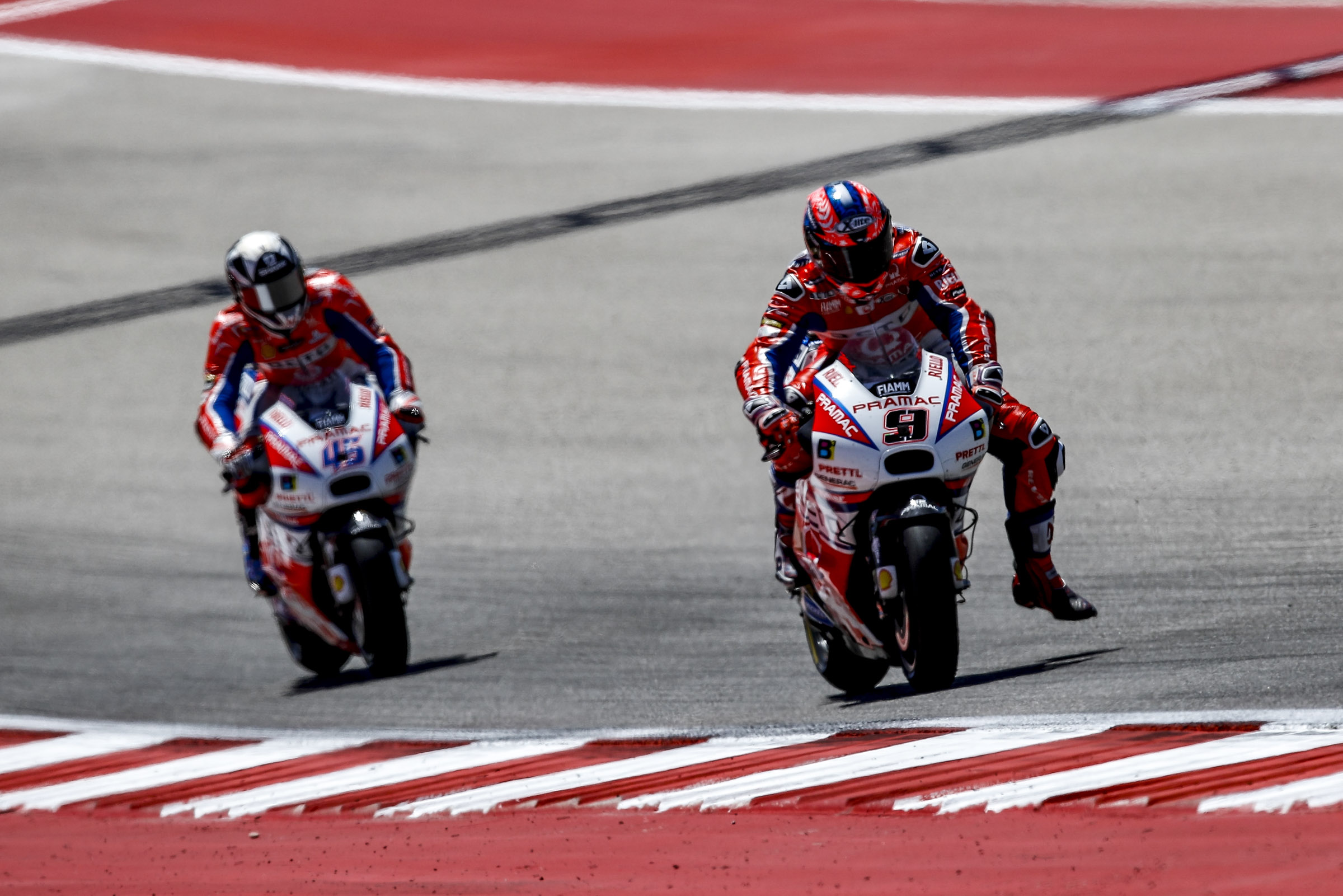 The Octo Pramac Racing team is committed today in the second of two days of private test on the Misano circuit. Danilo Petrucci is pulling forward the development of his Ducati Desmosedici GP and is working on the feeling ahead of the upcoming races. Scott Redding and his team focused on the confidence in sight of the next GP in the Czech Republic at Brno circuit, but especially in view of the “Gran Premio di San Marino e della Riviera di Rimini” scheduled In the early days of September.

With the end of the first part of the season after last German GP at Saschsenring, Misano’s private testing is also an opportunity for an overall evaluation of the championship so far. Daniele Romagnoli and Cristhian Pupulin, respectively Crew Chief of Danilo Petrucci and Scott Redding, rate the first part of the season and discuss about prospects for the second half. 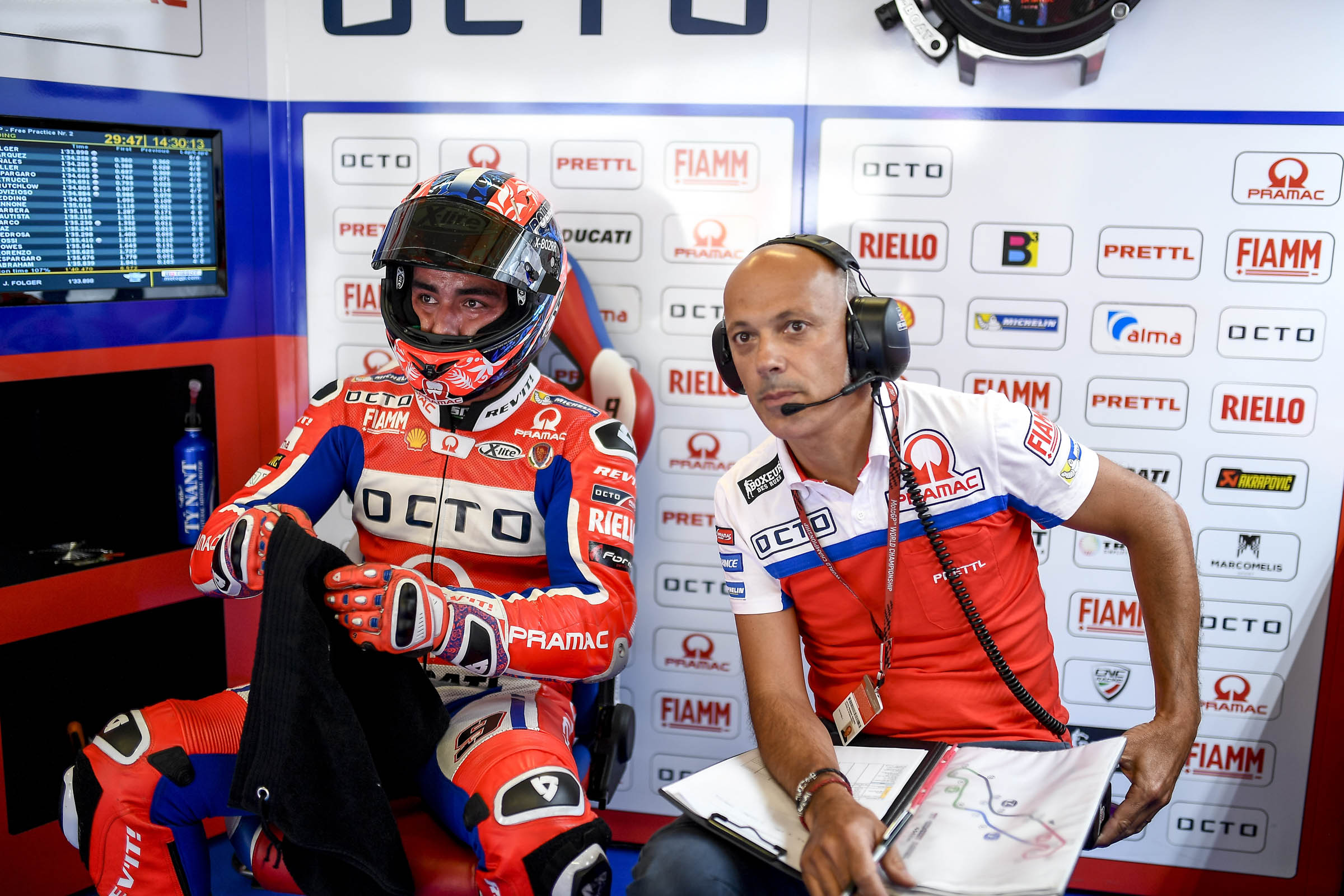 “I can say that the first part of the season has gone well and beyond all the expectations. Especially, Mugello was a huge turning point that gave us great satisfaction. If we think at what we did in Mugello and Assen and the qualifying in Barcellona and Sachsenring, I will give a good 8. It was a great satisfaction to go at podium in Mugello with an Italian rider, for me it was almost like winning. Then at Assen we were almost there, and a win there would allow us to get a 9 or even a 10. However, we will work hard in order to achieve what we could not in the first part of the season”.

“For the second part of the season we should try to consolidate what we have done until today, because we are happy, we have found a good balance with the bike and a good set up. The bike is responding well, moreover we have improved as a team. Danilo has improved as our partnership with Ducati. However, even if we have done a very good first part of the season, in the second half we should try to consolidate, because obviously we aim to obtain other podiums, first row start, a pole positions – why not – and clearly a victory”. 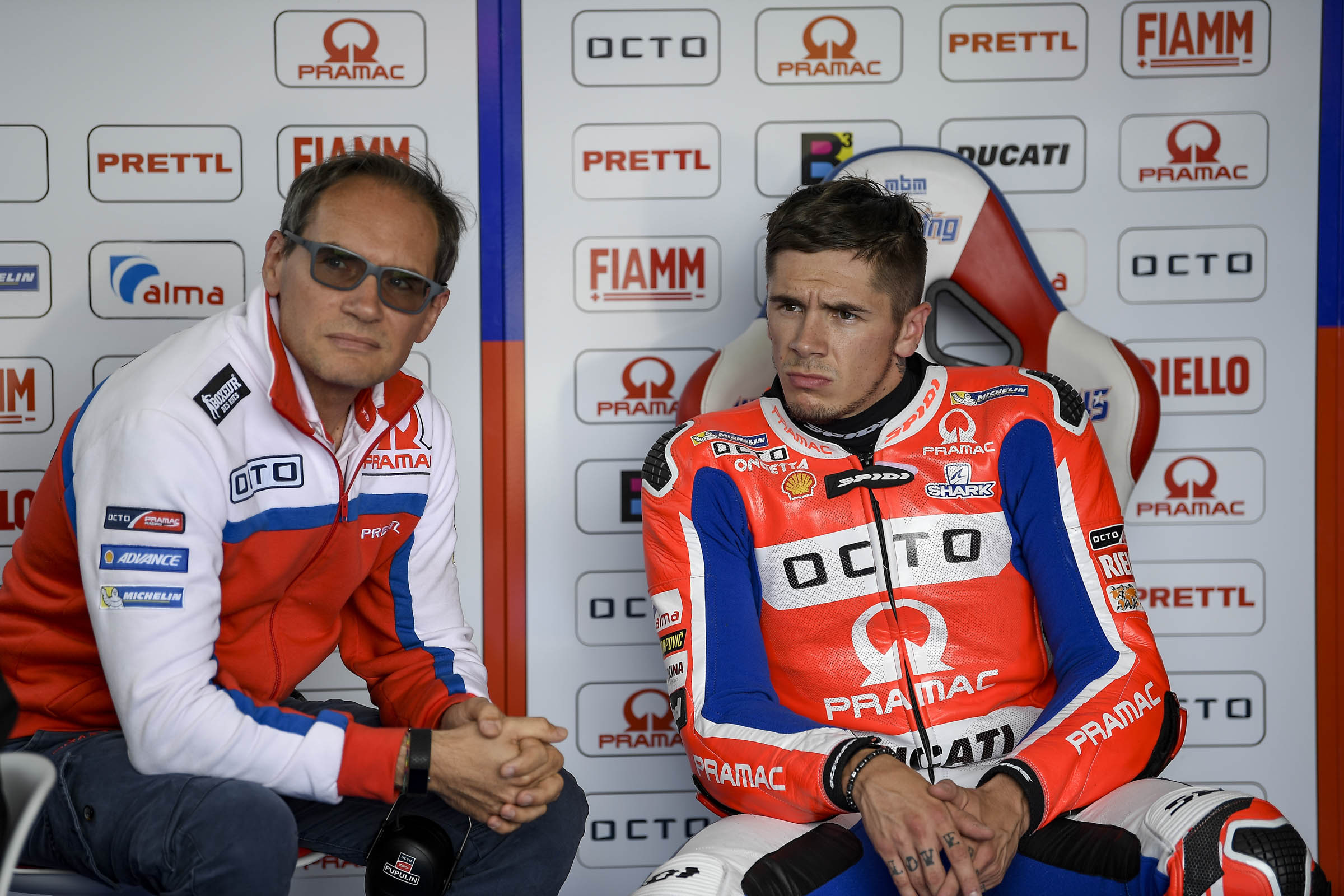 “Let’s say that a general rating could be 5,5. We have obtained great results during free practice and we managed to be fast. However, we were not able to put that performance into the race for various reason. We struggled on race distance and we didn’t manage to get the best feeling that could have helped Scott to make important steps forward. Some mistake during the races maybe penalized him, so at the moment we did not get the result that we actually deserve for the performance we have. For this reason, the overall evaluation is slightly negative. “.

“Now we have to make a step forward not on the single performance but especially on the regularity of this performance. We should absolutely do something in order to achieve an overall 7 at the end of the season”.