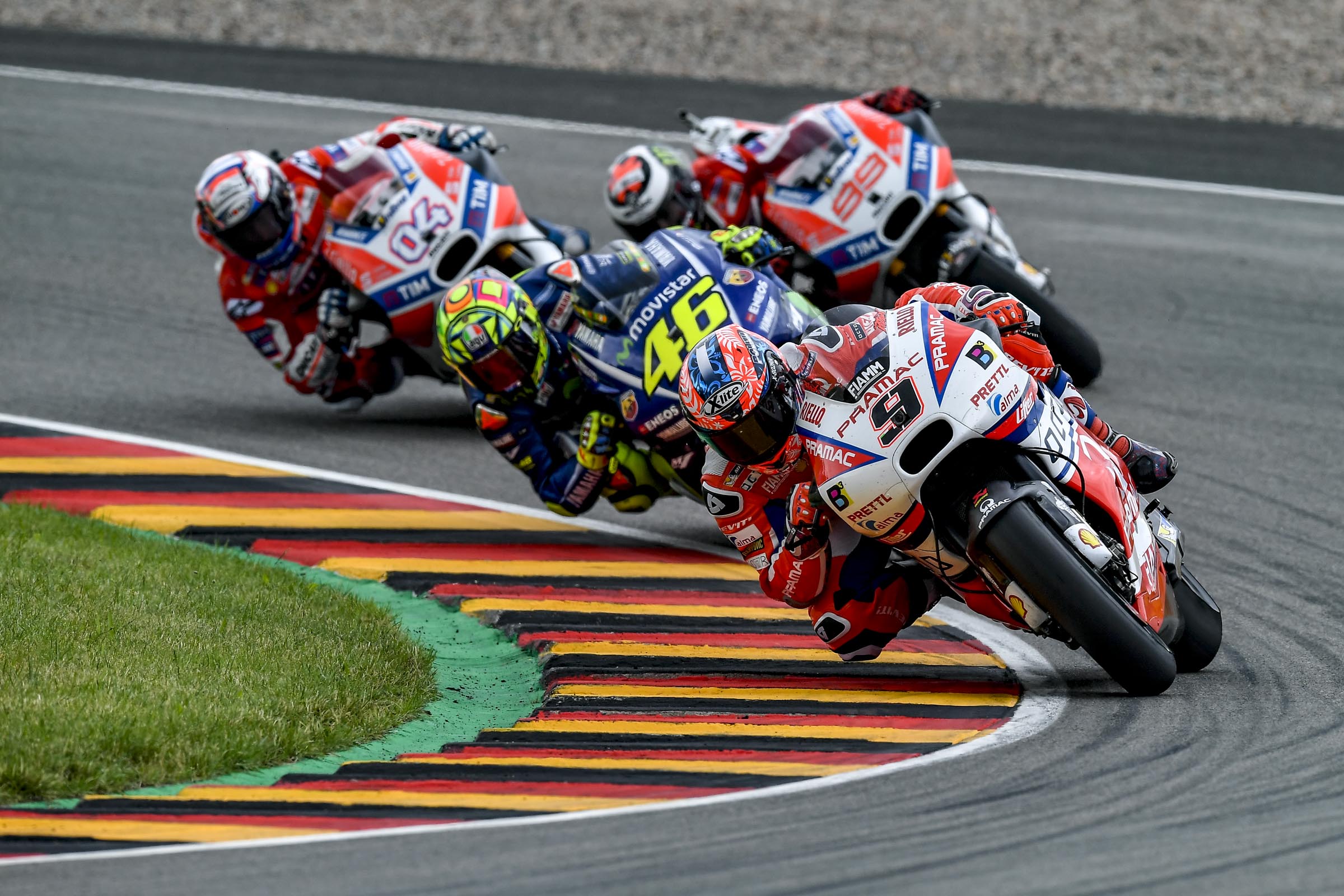 The #GermanGP does not give satisfaction to Octo Pramac Racing, which still finishes the first part of the season with the extraordinary achievements made by Danilo Petrucci. The rider from Terni is not able to take advantage from a promising front-row, because of the problems at the rear, while Scott can never find a competitive race pace.

Petrux started well and managed to stay in the leading group, however already from the first lap the lack of grip limited him. Between the ninth and tenth lap the rider from Terni tries to defend himself from Andrea Dovizioso and Valentino rossi’s attack, but the problem with the rear wheel does not allow him to be incisive. The race pace is not good, Danilo fights in order to stay in the Top 10, Then he chooses to take home a few points for the championship rather than risk too much in not competitive conditions.

Scott started well from the last row and recovered seven positions in the first corner. The English rider does not produce any other highlights. Redding closes in 20th position. 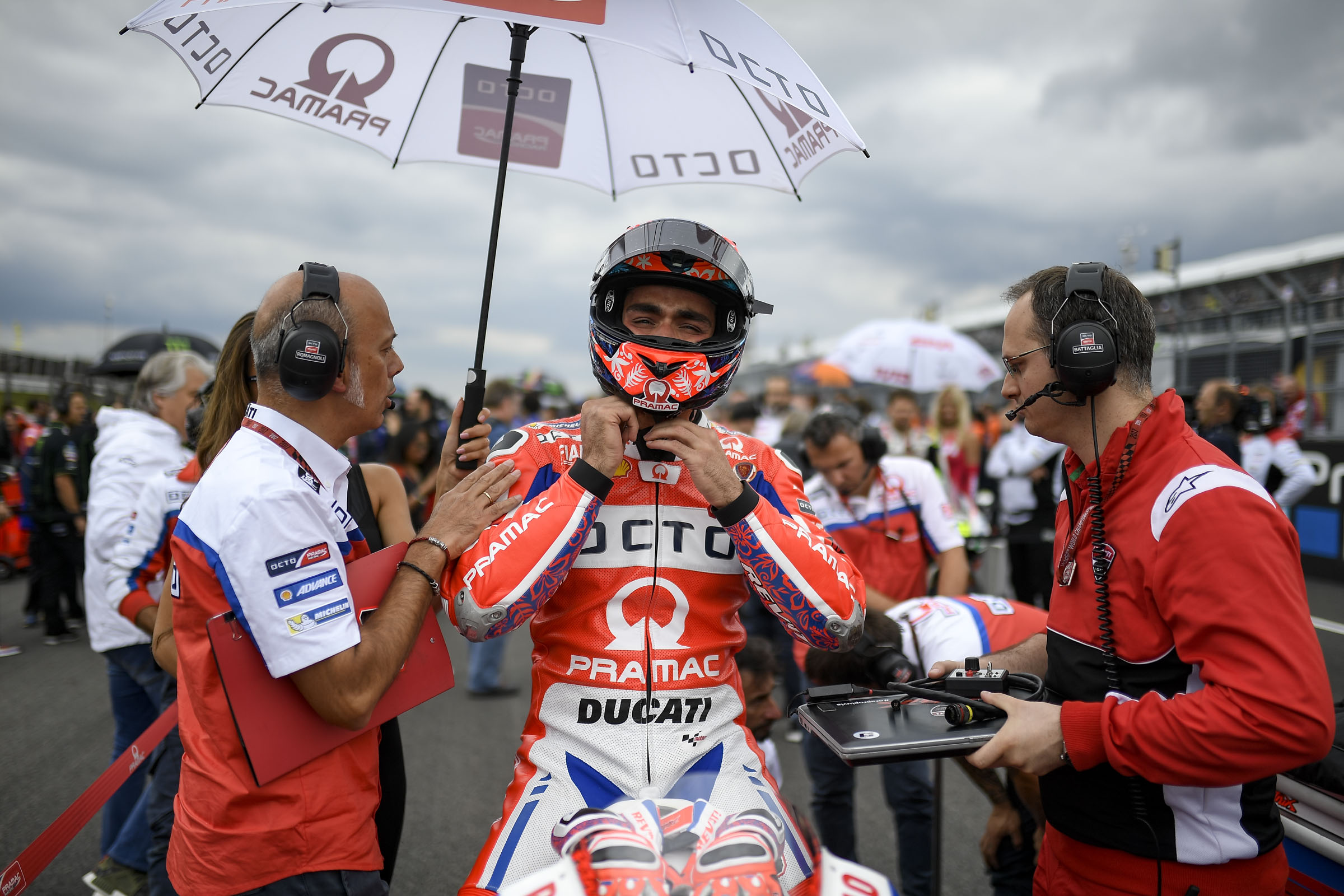 I am sorry about how things went today. If I have to be honest I had strange feelings already from the warm up lap. During the race I struggled to keep the bike running because every left turn seemed to be over the limit. They passed me on the straight, which never happens to me, unfortunately the rear tyre did not allow me to express myself. I am sorry for the team that did a great job, I am disappointed”. 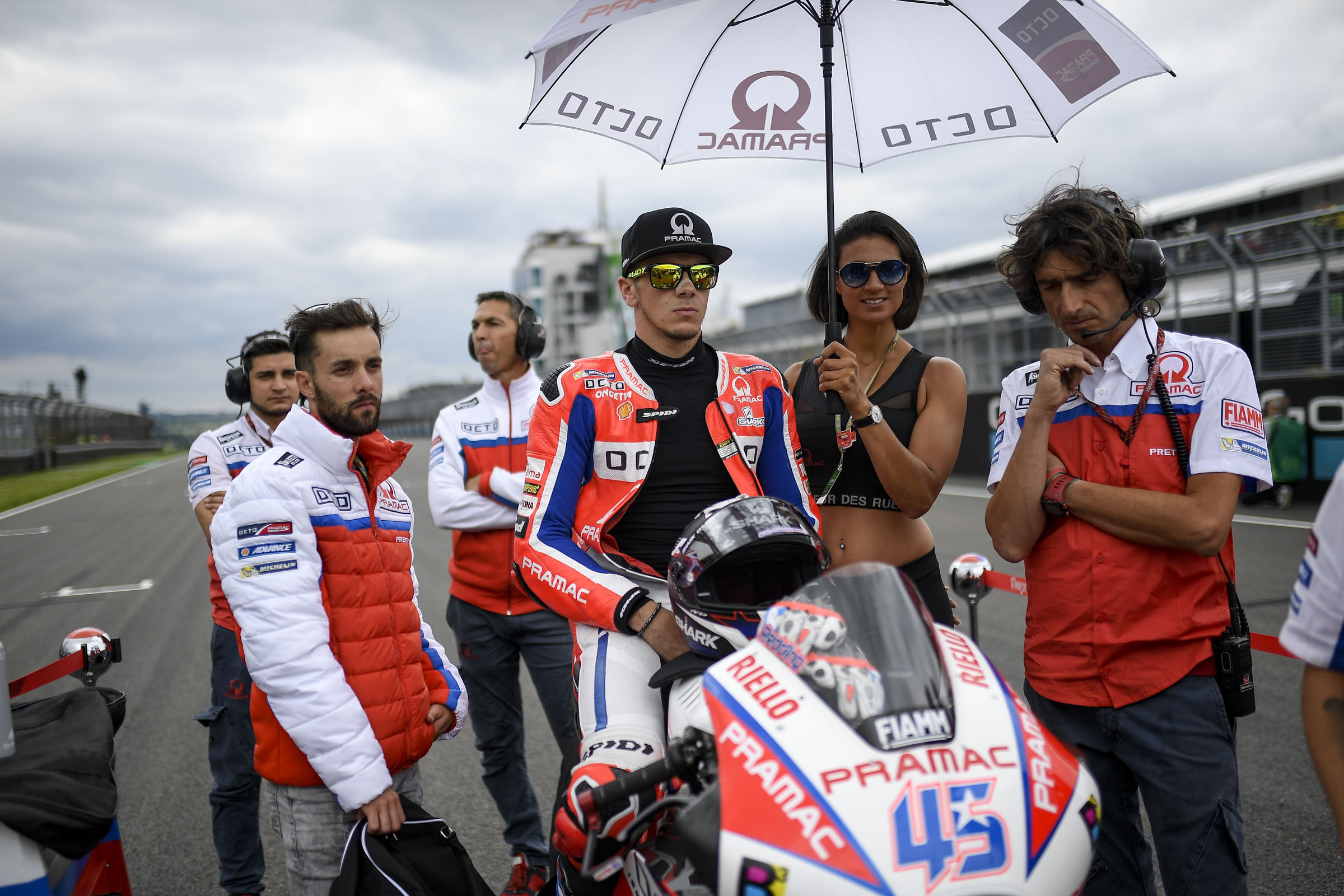 “It’s the worst race of my career. I am not able to understand what happened because the sensations were positive in the warm-up.  Unfortunately I did not find the right feeling in order to be competitive. It’s a really hard Sunday for me. I want to go to Brno in order to make an important race and to give the maximum”.