Precious P9 for Scott in #AustrianGP FP2. In the time attack Petrux did not find grip on the rear. 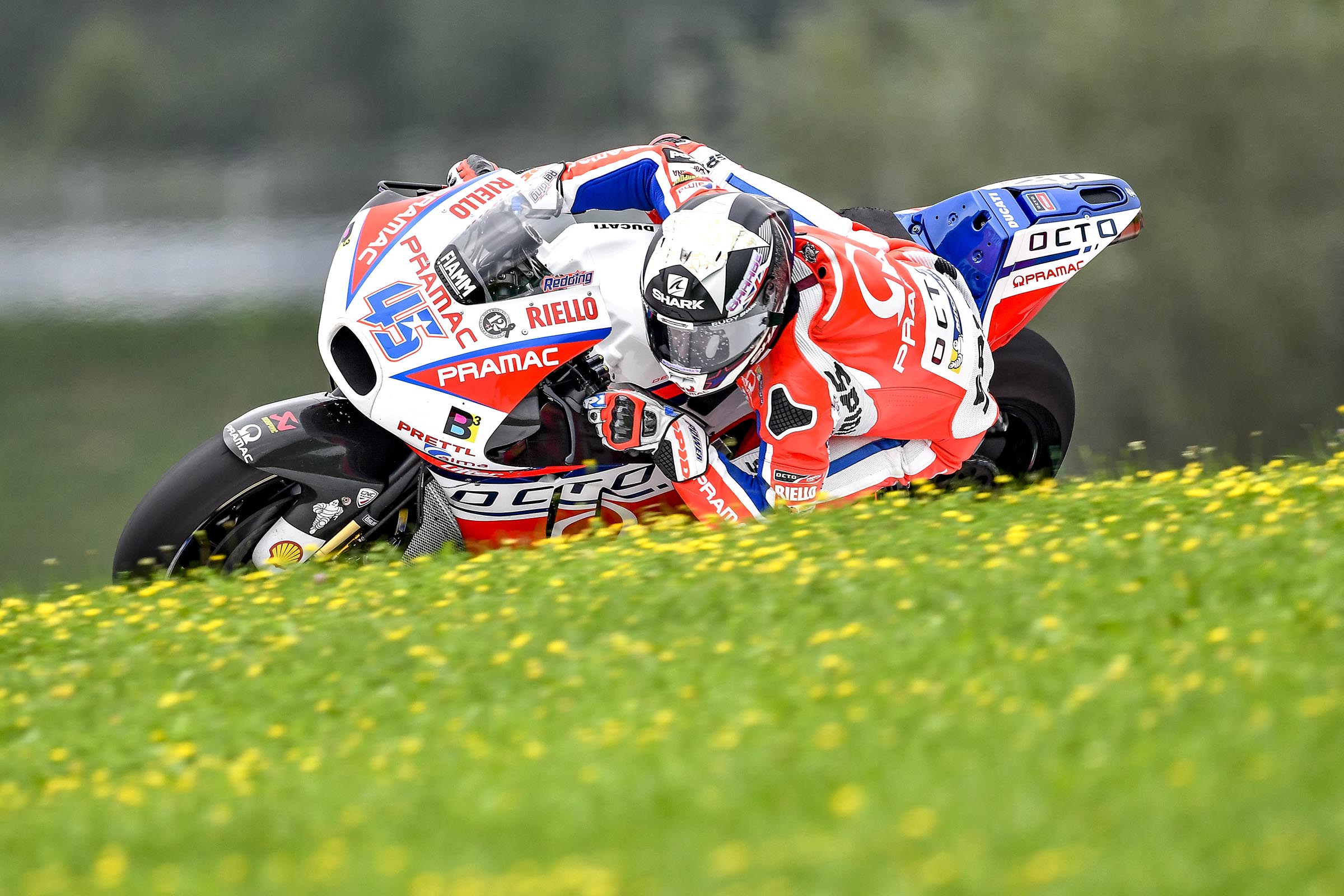 The Friday’s free practices at the Red Bull Ring have given positive sensations to Octo Pramac Racing, despite the lack of feeling with the rear sof tyre, which did not allow Danilo Petrucci to be competitive in the FP2 time attack. On the other hand a very positive Friday for Scott Redding.

The English rider has started the FP1 in the best manner, by making a series of fastest laps that permitted him to find a good feeling already from the beginning. After the 8th lap time of the morning (only 2 tenth of a second behind the first row), Scott has repeated himself in the afternoon exploiting the soft tire in the time attack and ending with a lap time of 1’24.765 that means 9th place and hypothetical direct qualification to Q2.

Also Danilo Petrucci has started the Fp1 in a positive way and after the first run with the standard fearing, he tried the new version finding some good benefit (7th lap time). During the FP2 the feeling with the new fearing looked to be positive again and the race pace of the rider from Terni was very competitive. However, in the last run Petrux did not find extra grip with the soft rear tire, finishing in 14th position, only 76 thousandths of a second from the top 10. 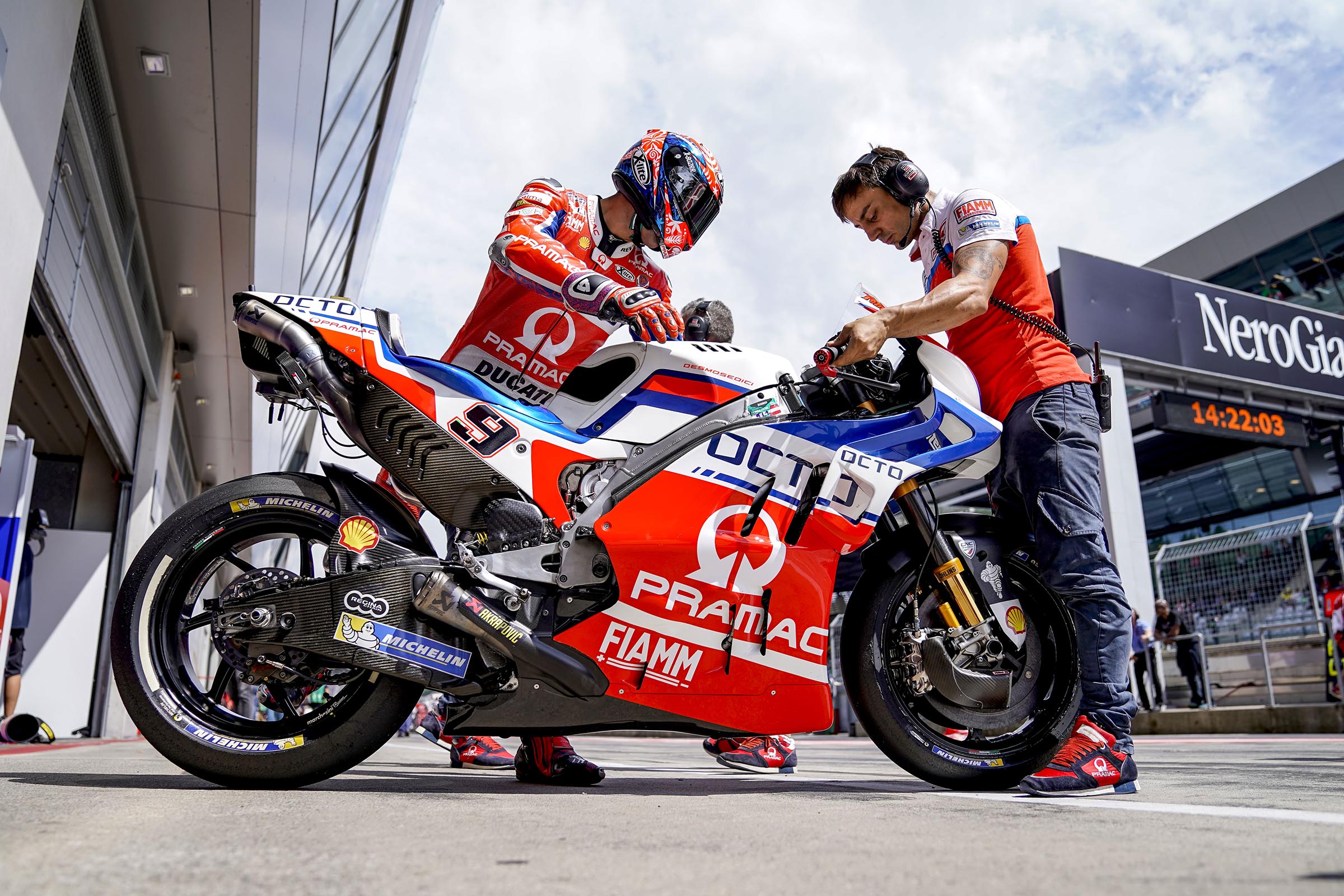 “I don’t understand what happened in FP2. We need to check the data. In the middle of the practice, with the used tires, the pace was good. Then with the new tires I did not find any extra grip. It was a shame because I was happy with the bike this morning. The fearing? I felt some benefit in breaking even if in acceleration I continue to struggle with the wheelie. We have to work on this also because we have seen that Dovizioso has made positive steps forward”. 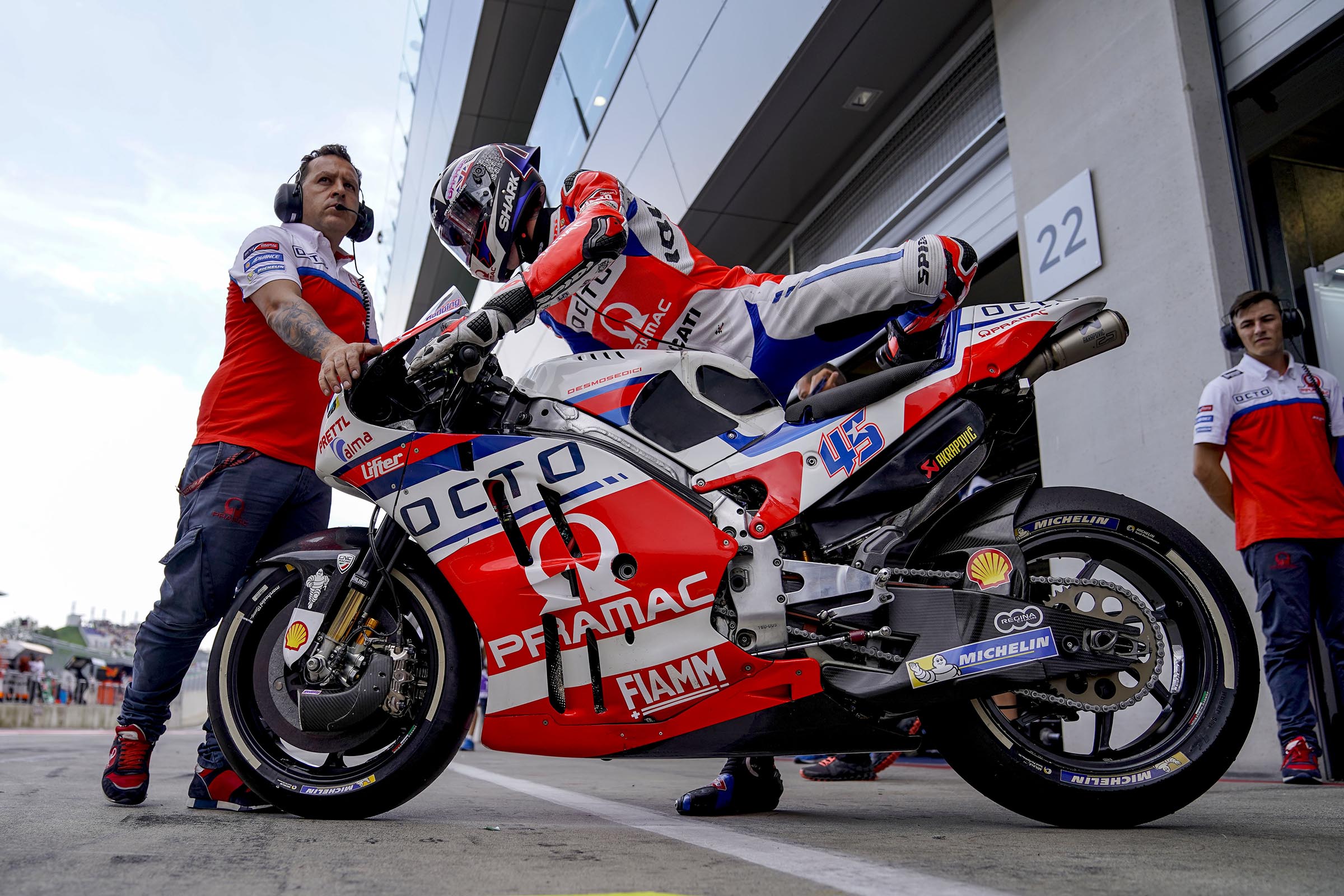 “I am very happy about how things went today. I lapped fast from the start, finding a steady pace. After Brno I came back on track with the goal of improving lap after lap. Small things but if we combine them together can make important results. We focused on small details to improve.  We also worked on the tires although when I tried the medium I felt the front locking. We will try again tomorrow”.