Home/News/Stunning Petrux who fought for the pole until last corner and got his 4th front row start. Bad Saturday for Scott.
Grand Prix of Japan - Qualifying


Stunning Petrux who fought for the pole until last corner and got his 4th front row start. Bad Saturday for Scott. 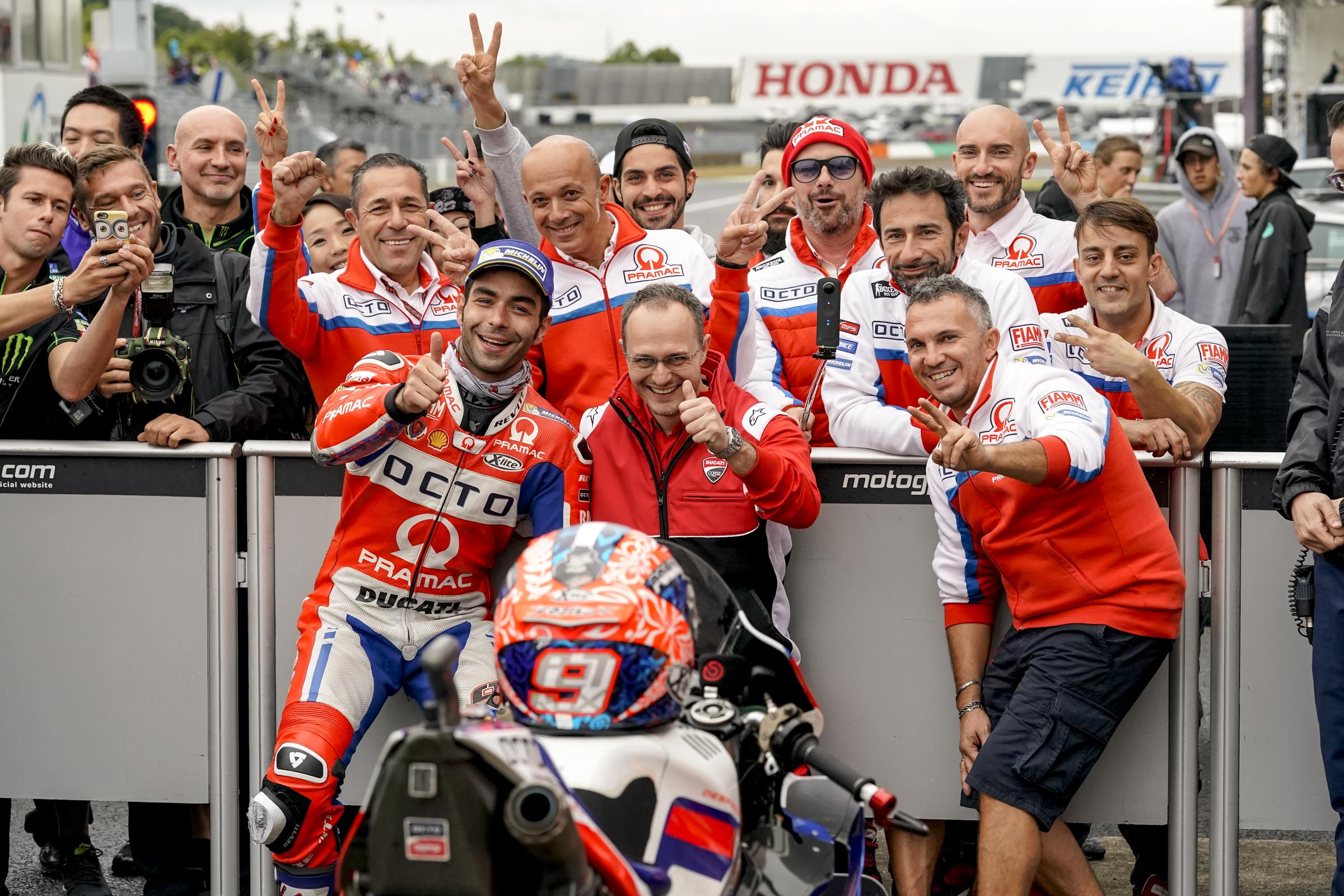 An extraordinary qualifying for Danilo Petrucci, who won second place on the #JapaneseGp starting grid, giving Octo Pramac Racing the fourth front row start after Barcelona, Assen and Germany. For Scott Redding a negative Saturday as he was unable to solve the grip problems already experienced in free practices.

Rain gives a respite after Friday’s showers but the circuit remains wet and slippery, forcing the riders to dispute qualifying with wet tyres. Petrux (directly qualified to Q2 after P6 of FP2) starts very strong and after the first run is second. The track starts to dry and the lap-times drop. The rider from Terni gets back to the track and pushes hard. After the T2 of the last lap he is the fastest on track then a small mistake caused him to lose precious tenths from the pole-man Zarco. The second place ahead of Marquez is celebrated by the team at the Parc Fermé of the Twin Ring Circuit in Motegi.

Scott Redding never manages to be incisive. A crash at the start of FP3 removes the confidence of the English rider who continues to struggle due to a lack of rear grip. Scott finishes in P22. 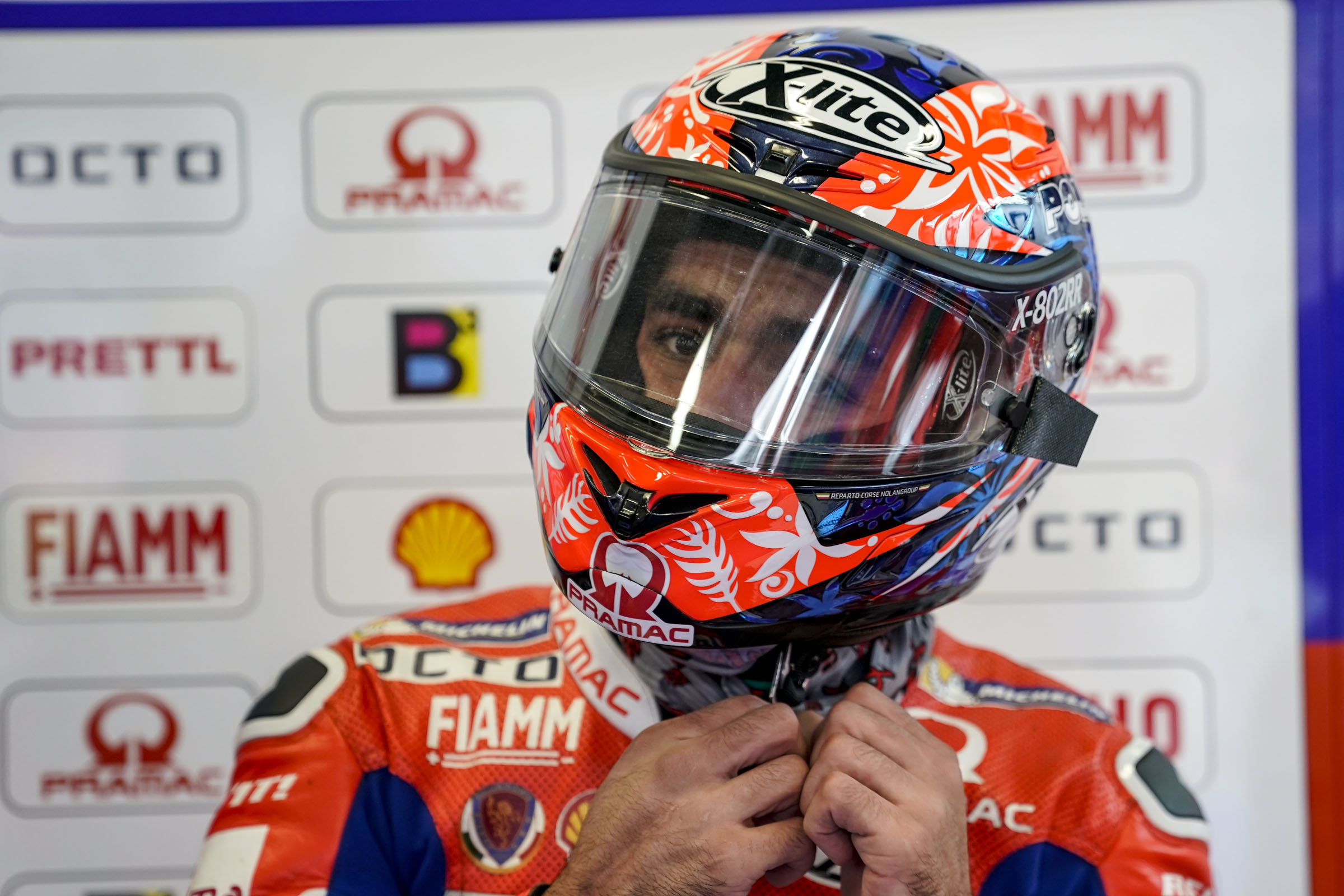 “I’m very happy because I didn’t expect it. This morning the feeling wasn’t perfect and I couldn’t be as fast as I hoped. In qualifying we made a very good strategy by making the most of the time available. It’s a pity that I made a mistake on one of the last corners otherwise I could have finished with the pole position. But it doesn’t matter. The front row start is very good and starting ahead is very important in this circuit. I am very confident for tomorrow”. 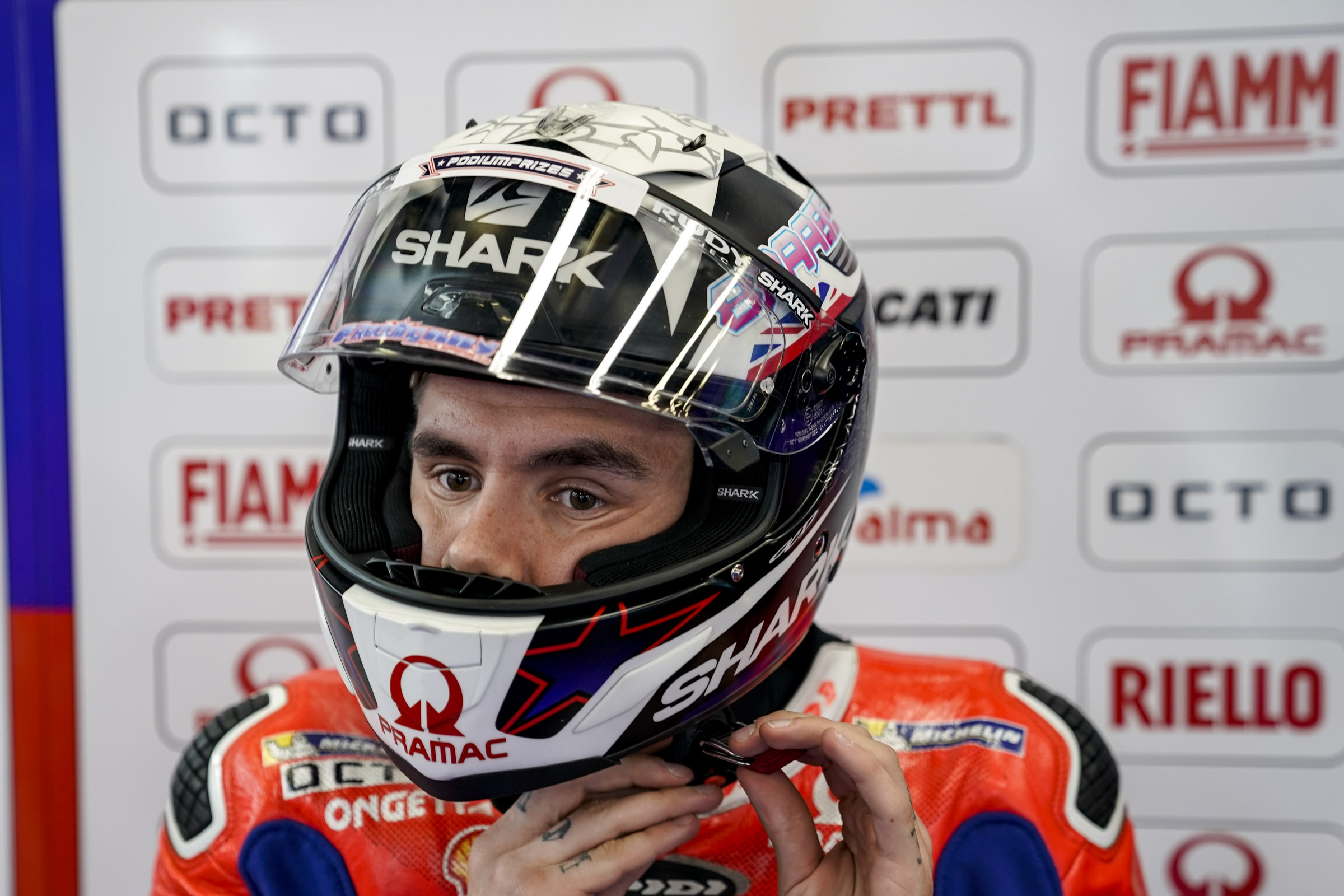 “I have never had feeling. I had the same problems experienced on Friday and this morning’s crash didn’t help me. I cannot understand why we have lost our way completely. In qualifying, even when the track was starting to dry, I tried to push hard but I was a second slower than in wet conditions. Am I myself? Is the bike? Is it the setting? Tyres? So many questions around. We have to find somehow a solution for tomorrow”.