Home/News/Fonsi Nieto to become technical coach of Octo Pramac Racing in the 2018 and 2019 MotoGP season
"I consider Pramac Racing one of the best teams in MotoGP: this is a dream come true". 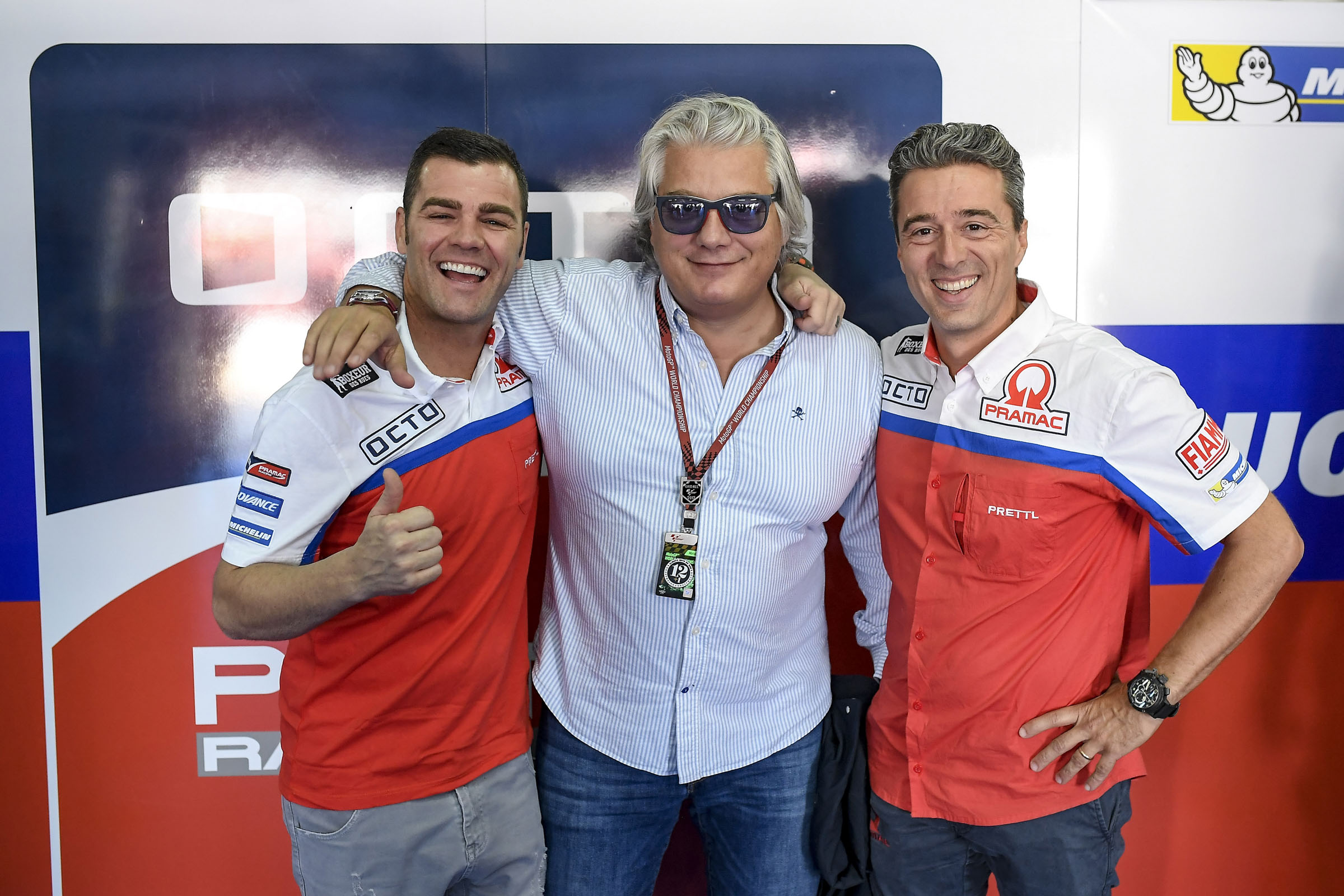 Octo Pramac Racing is pleased to welcome Fonsi Nieto to the team. The 250cc vice World Champion 2002 enters the Octo Pramac Racing family and will provide Danilo Petrucci and Jack Miller with his technical background and experience gained in a long career in the 125cc, 250cc, MotoGP classes and Superbike. Fonsi will have an active role in the team since the official MotoGP tests that will be held in Valencia next week.

Fonsi Nieto made his debut in the 125cc class of MotoGP in 1997 and then moved on to 250cc in 1999. In 2002 he took part in an extraordinary season with 4 victories and 5 podiums – in addition to nine pole positions – which allowed him to contend until the end for the title of World Champion to Marco Melandri. His promising career continues in 250cc (5th in 2003 and 7th in 2004) and in Superbike (8th place in 2008). A serious accident in qualifying for the Indianapolis GP forced him to retire at the end of the 2010 season.

“Following my accident in the United States I spent a difficult time as my will was to keep racing. I was a little bit of time away from the races even though I have always followed MotoGP and Superbike with passion. This has always been my world. After what happened to Angel a few months ago, I felt the need to return and shared this desire with my family. I was lucky to have met Paolo Campinoti: we sat down and reached an agreement in 5 minutes. I would like to share my experience with two riders like Petrux and Jack who already have an important career behind them. I start with great motivation and I hope to be able to make my contribution but also to learn a lot. I consider Pramac Racing one of the best teams in MotoGP: this is a dream come true”.

“Having Fonsi Nieto in the team is a source of deep pride for us. I am sure that his talent and experience can represent an added value not only for riders but also for the whole team. We start a journey together that could represent for Octo Pramac Racing a moment of further technical growth. The figure of the “coach” in MotoGP has become central in recent seasons and for our team it is a great privilege to entrust this role to a champion of the calibre of Fonsi”.