Superb debut for Jack Miller: 5th fastest on the first day of testing with Octo Pramac Racing. Petrux works on the set up. 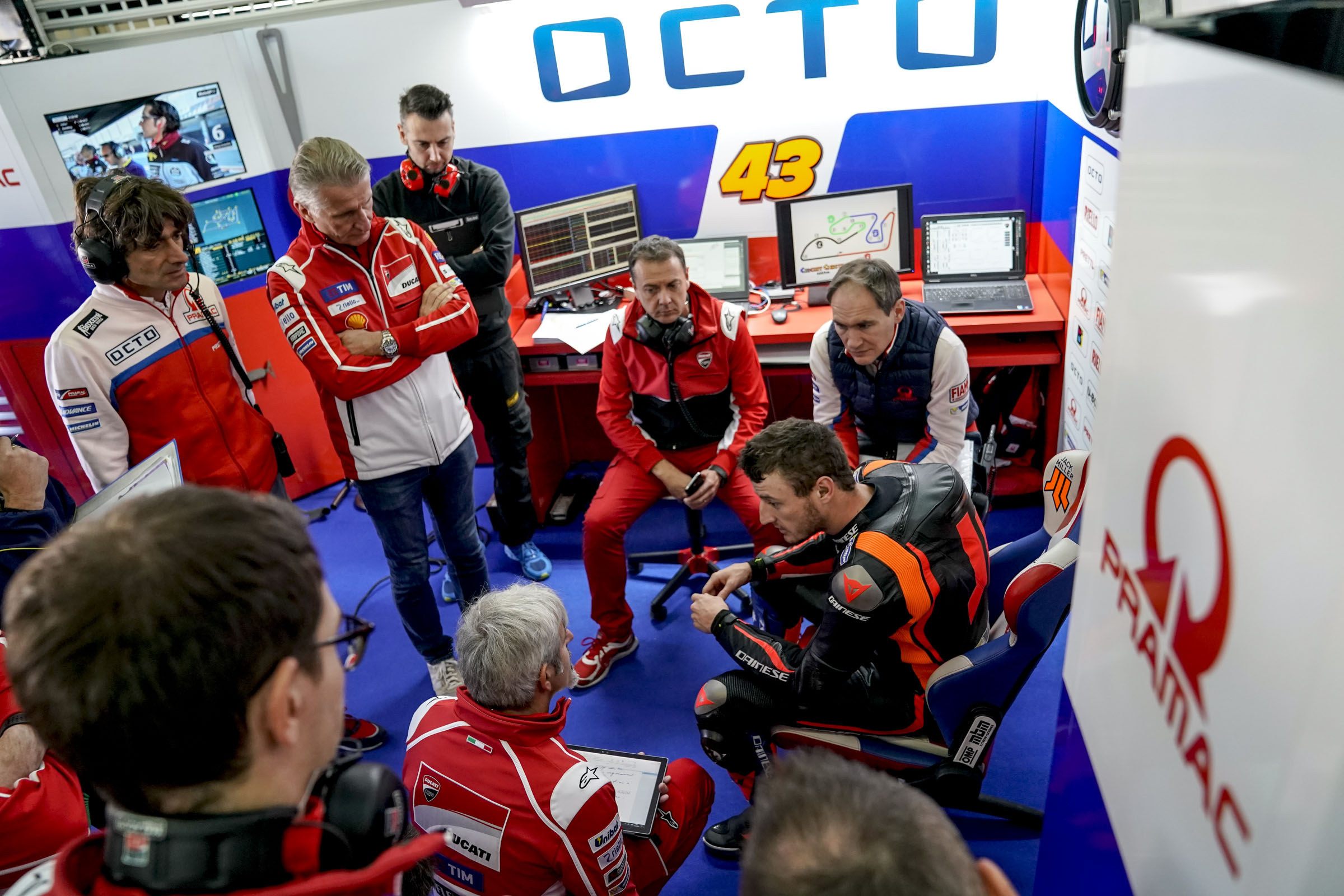 Jack Miller’s new adventure on the Ducati Desmosedici GP – 2017 version – of Octo Pramac Racing begins in the best possible way. The Australian rider has already found a great feeling and ends up fifth fastest, one tenth of a second from the hypothetical first row of the new World Champion Marc Marquez. Jack completed 57 laps and his pace was very convincing.

Danilo Petrucci also had an intense day and used the same bike with which he went on track over the last weekend, trying to work to improve the feeling that did not allow him to be particularly competitive in the 2017 MotoGP “Grand Finale”. Petrux clocked the fourteenth lap-time with 46 laps completed. 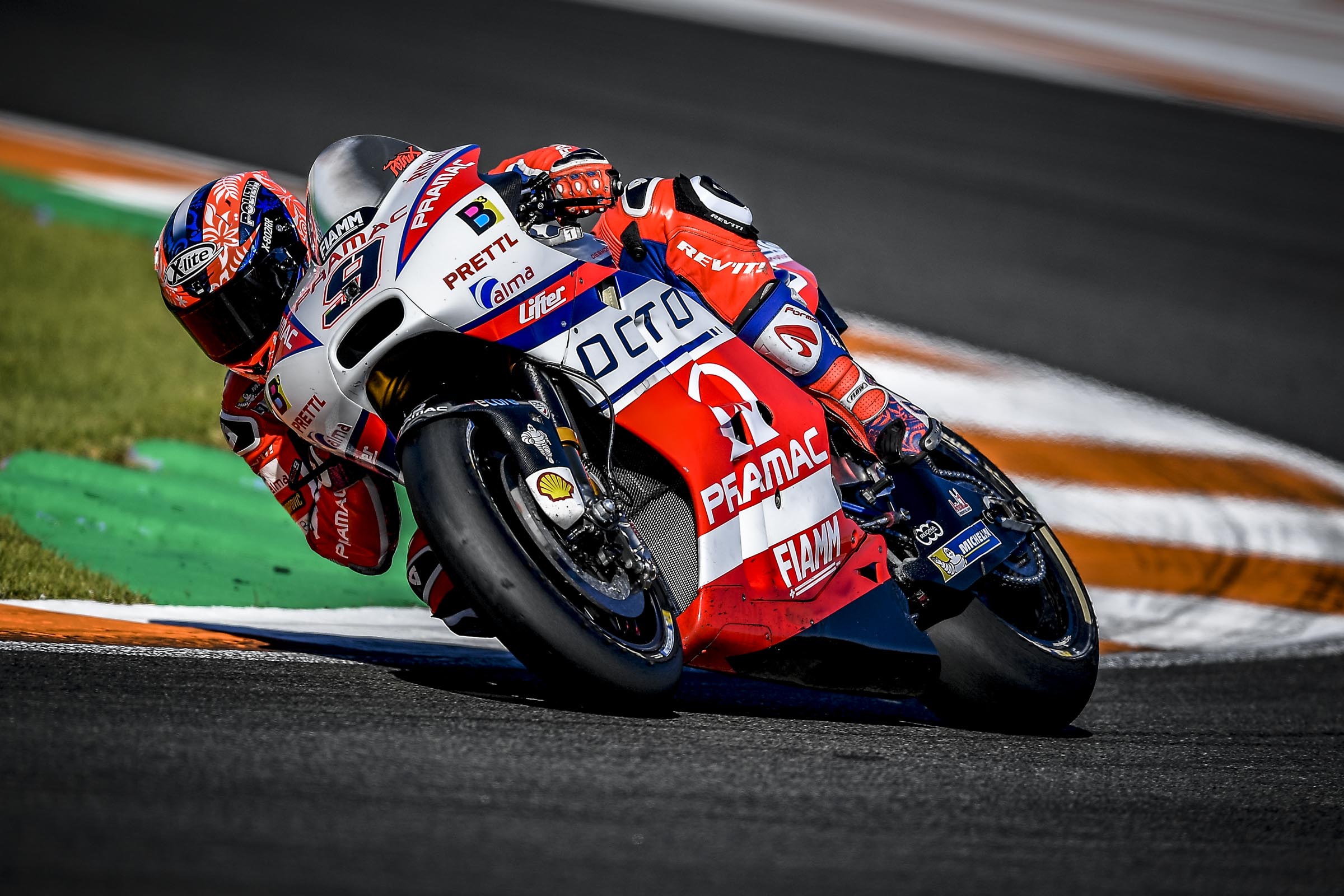 “It was a demanding day especially for the team. We worked hard on the set up trying to solve the problems we had throughout the weekend. We didn’t focus on the lap-time today but we’ll do it tomorrow on the last day of testing”. 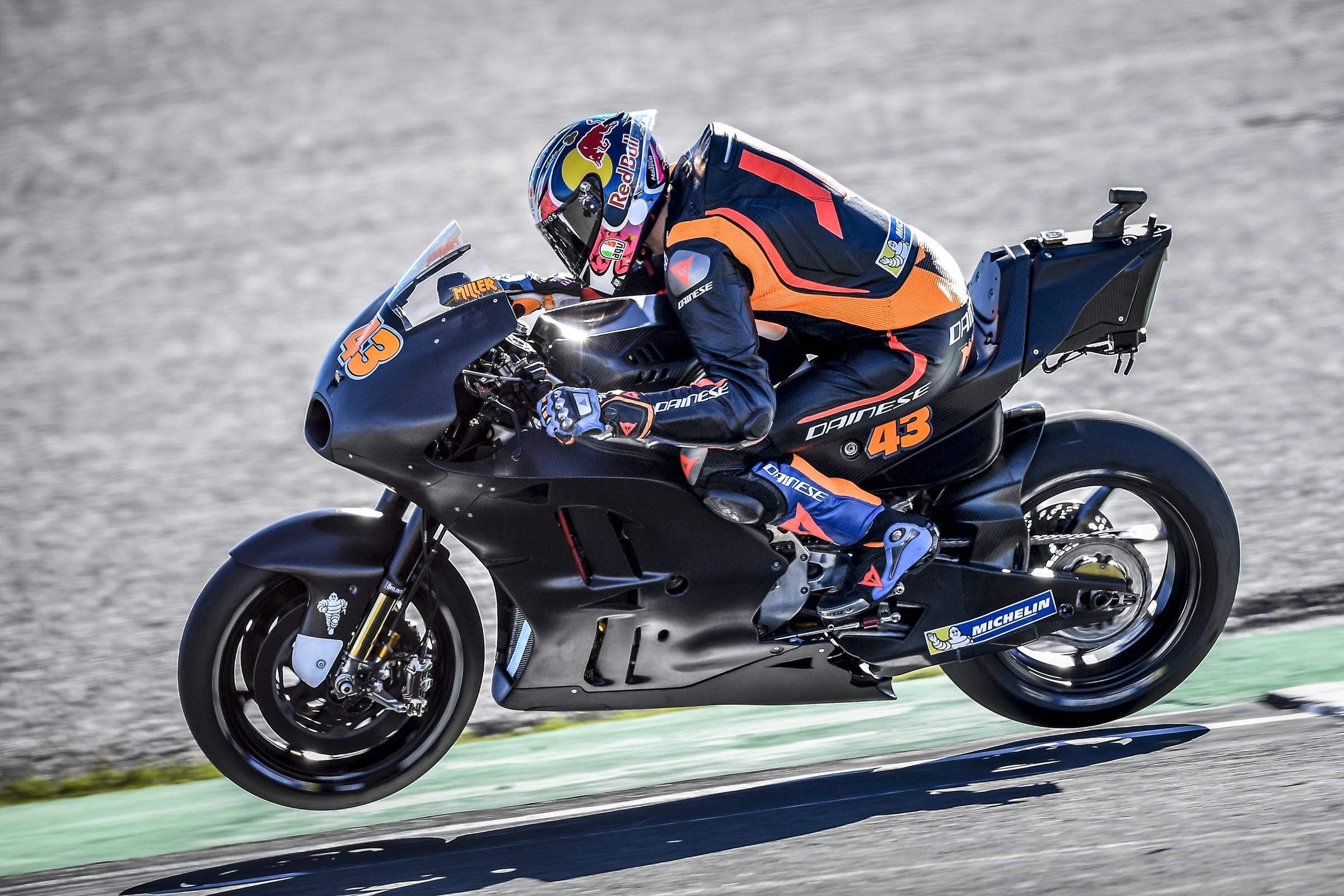 “It was a very good day. It’s always a special emotion to start a new adventure. I have to say that the sensations are extremely positive. I found myself at ease on my bike and the Pramac Racing team welcomed me very pleasantly”.