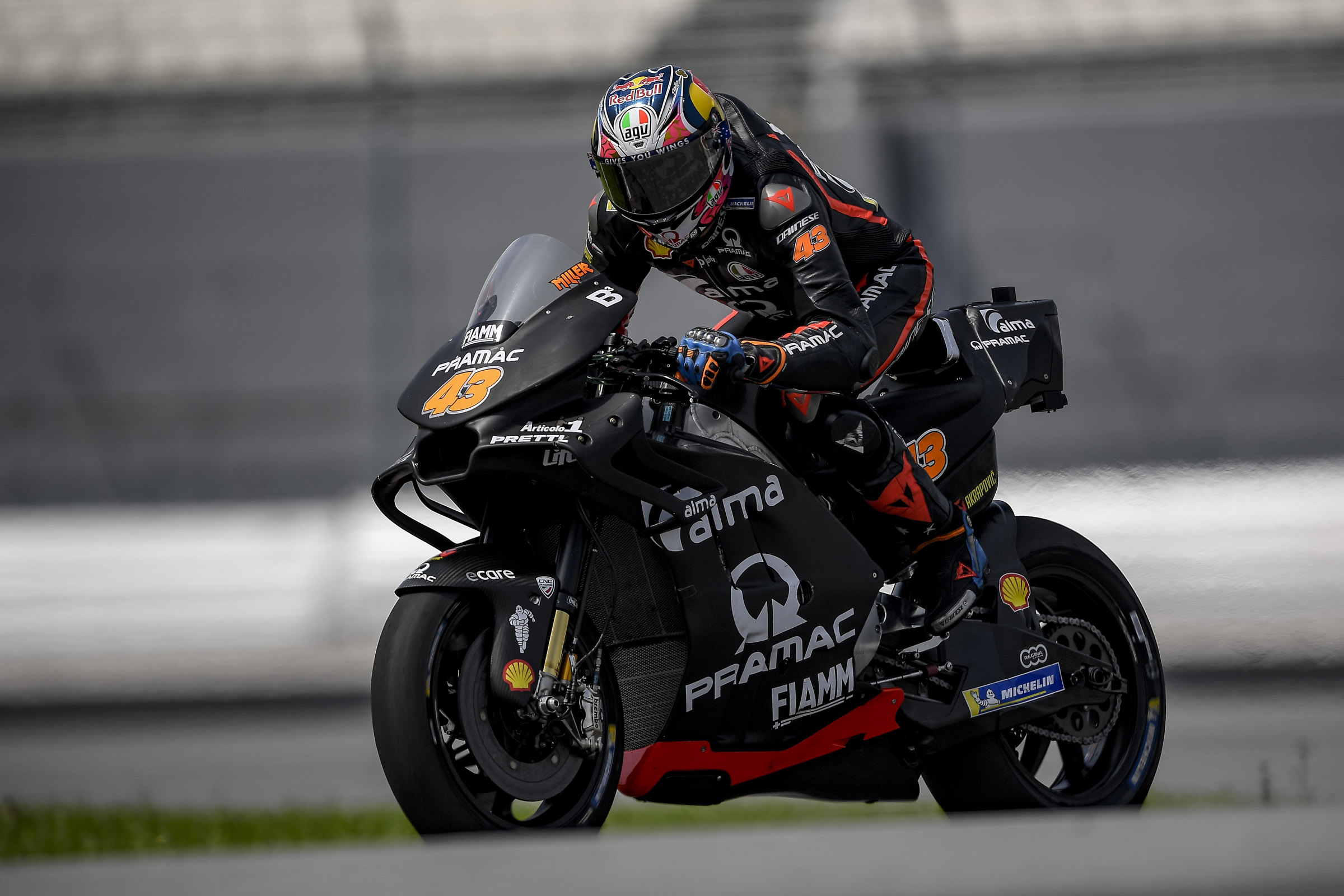 After the exciting debut in the first official tests of the 2018 MotoGP season (Danilo Petrucci 4th and Jack Miller 5th), the second day of activity at Sepang International Circuit ends up with convincing confirmations for Alma Pramac Racing.

Jack confirms his speed and the feeling with his Ducati Desmosedici GP 2017 improves lap after lap. After working on the set up in the morning, and staying for a long time in the Top 5, in the afternoon’s time attack, the Australian rider improved by more than 6 tenths of a second the crono obtained in the first day of testing, finishing in P5 only 1 tenth of a second behind the best lap-time of Maverick Vinales.

Petrux spent the morning with Ducati engineers working on specific tests on his riding set-up using the  Ducati Desmosedici GP 2017. In the afternoon the rider from Terni climbed on the “2018” and lapped with an interesting pace. At the end of the session, the first real time attack with the new bike and a time of 1:59.747, which allows him to stay easily in the Top 10. 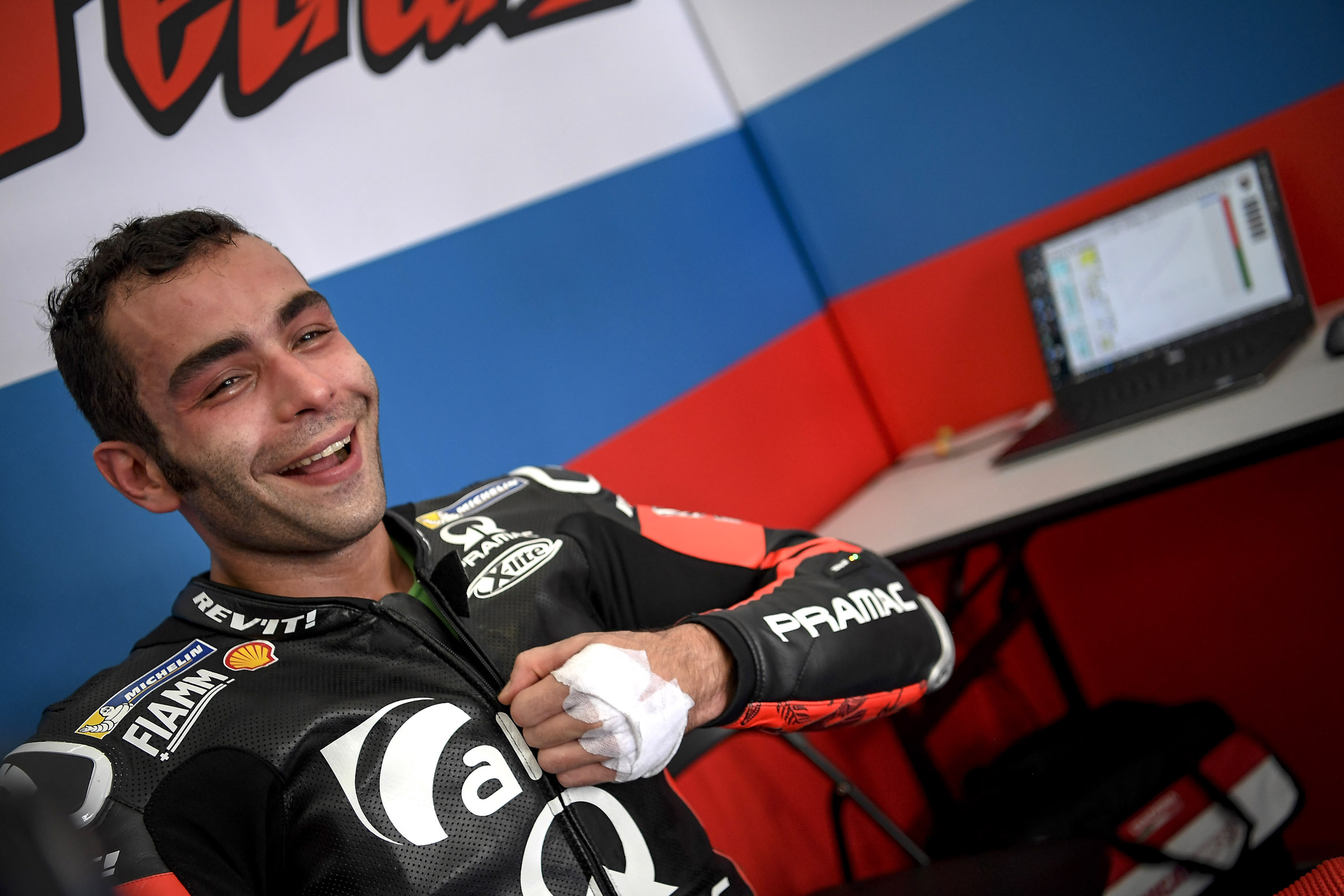 “The sensations are very positive. The feeling with the new bike improves day after day. Today we have done a very important job with Ducati that will be usefull during the season. Then in the afternoon I tried the first real time attack with the “2018”. I still have to take a little bit of confidence in order to be able to reduce the time even further. We will certainly try it tomorrow”. 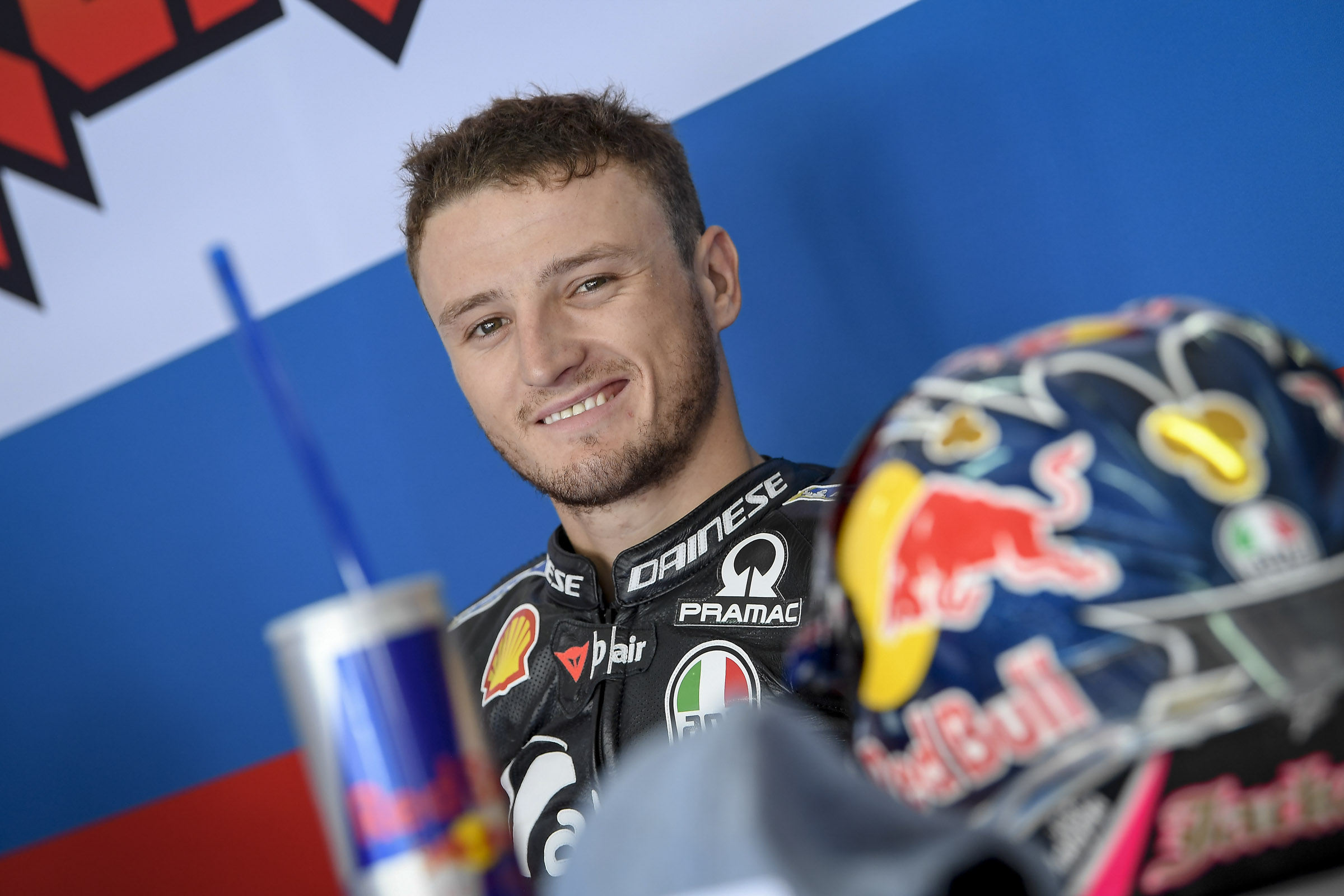 “I’m really very satisfied. And I have to say that I’m happy more for the sensations that the bike is giving me rather than for the times that are still very positive. We started working on the set up and this means that we still have margin. But we must take one step at a time. The goal is to grow day by day without thinking too much about the lap-times”.