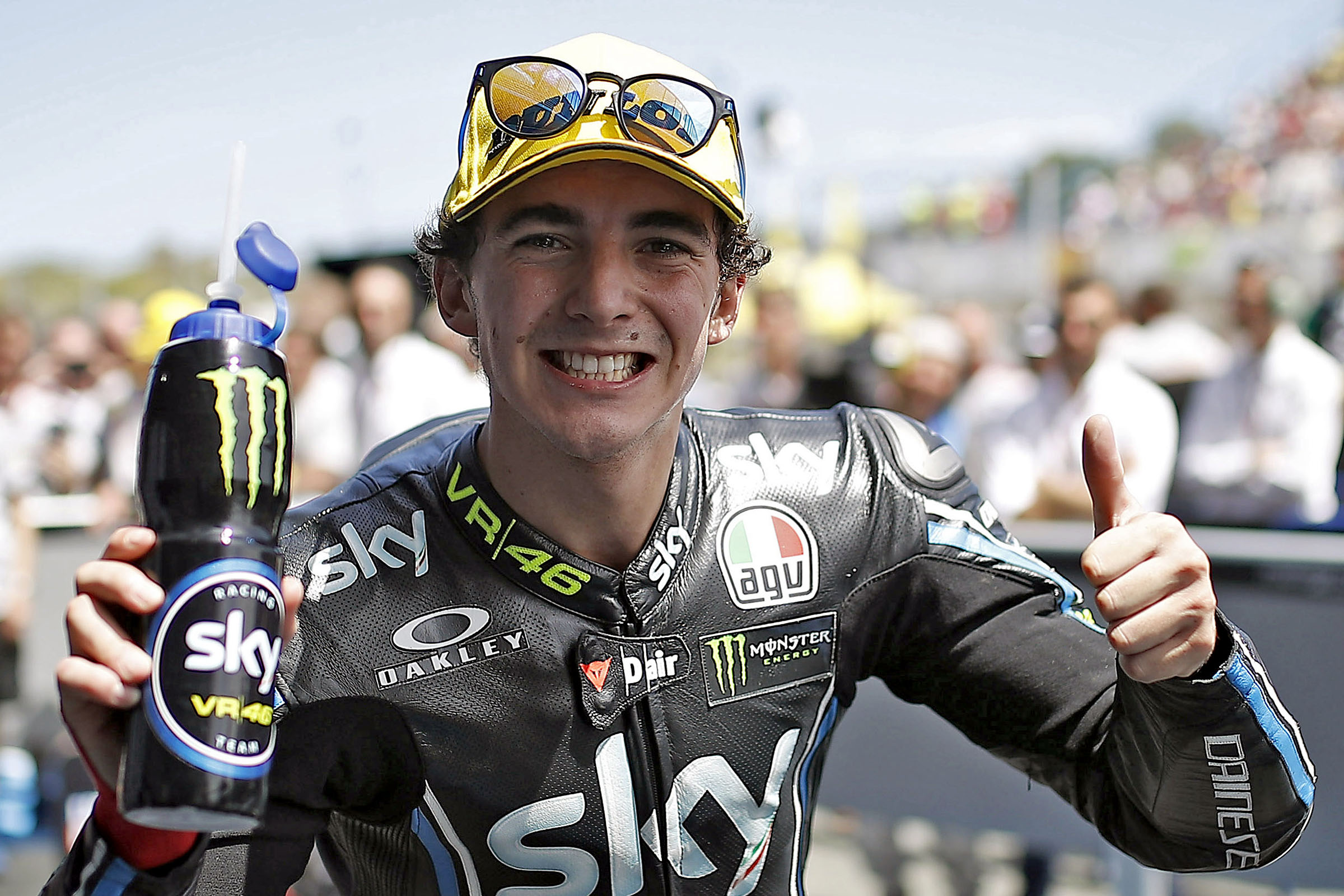 Alma Pramac Racing announces that it has reached an agreement with Francesco Bagnaia for the 2019 and 2020 MotoGP seasons. The Italian rider, who signed a contract directly with Ducati, will step on board the Ducati Desmosedici GP of Alma Pramac Racing during the next official Valencia tests at the end of the 2018 MotoGP season.

Francesco “Pecco” Bagnaia was born in Turin on 14 January 1997 and made his debut in the Moto3 world championship in the 2013 season. In 2014 he joined the SKY Racing Team VR46, scoring his best result with a fourth place at Le Mans in France. After his first podium finish in the 2015 French Grand Prix, the following year Bagnaia was one of the Moto3 protagonists with two victories and four podiums that allowed him to finish fourth in the championship standings. In 2017 Pecco moved to Moto2 with the SKY Racing Team VR46 and had a great season (four times on the podium with two second places), finishing 5th in the championship standings and winning the Rookie of the Year trophy.