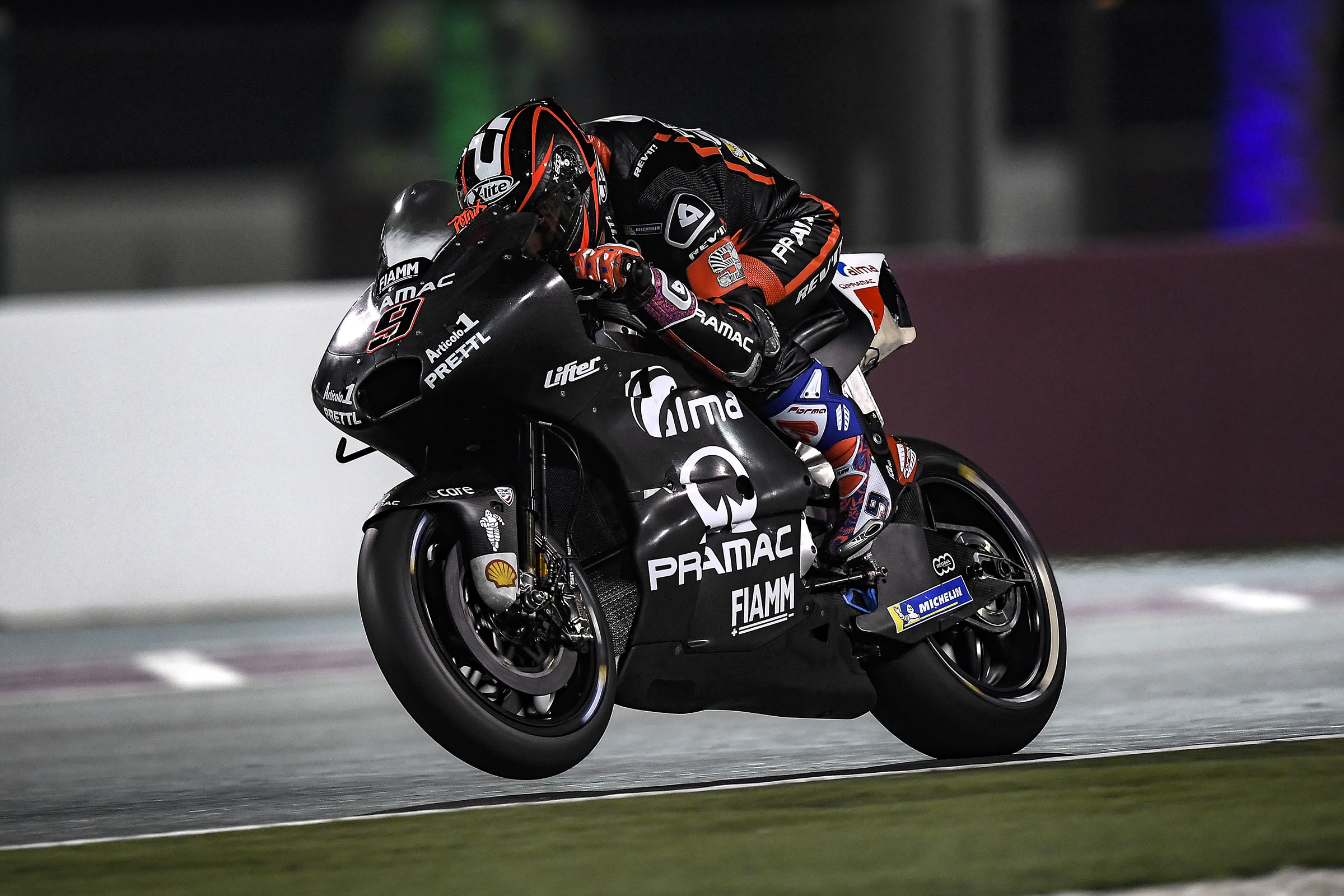 The second day of official testing on the Losail International Circuit finishes in a very convincing way for Alma Pramac Racing who places Danilo Petrucci and Jack Miller in the Top 10. Great work was also done by the technicians of team #9 and team #43 who managed to fix the bikes after a double simultaneous crash at turn 1 (probably due to the presence of some detritus on the circuit) that could have delayed the schedule of the day.

Danilo Petrucci once again proves to be very fast registering the Top Speed (342.8 km/h) for the second consecutive day. His Ducati Desmosedici GP 2018 brings back the greatest damage after the crash and Petrux is forced to stay in the garage for a long time. The rider from Terni remains focused, however, and in time attack recorded a chrono of 1:55.188, less than 5 tenths of a second from Marc Marquez’s hypothetical front row.

Jack Miller, who makes a step forward compared to the first day of testing, also feels great. The Australian rider completed 47 laps and in the time attack at the end of the session managed to reduce yesterday’s time by more than 4 tenths of a second, gaining a precious 9th place, just 48 thousandths from his team-mate. 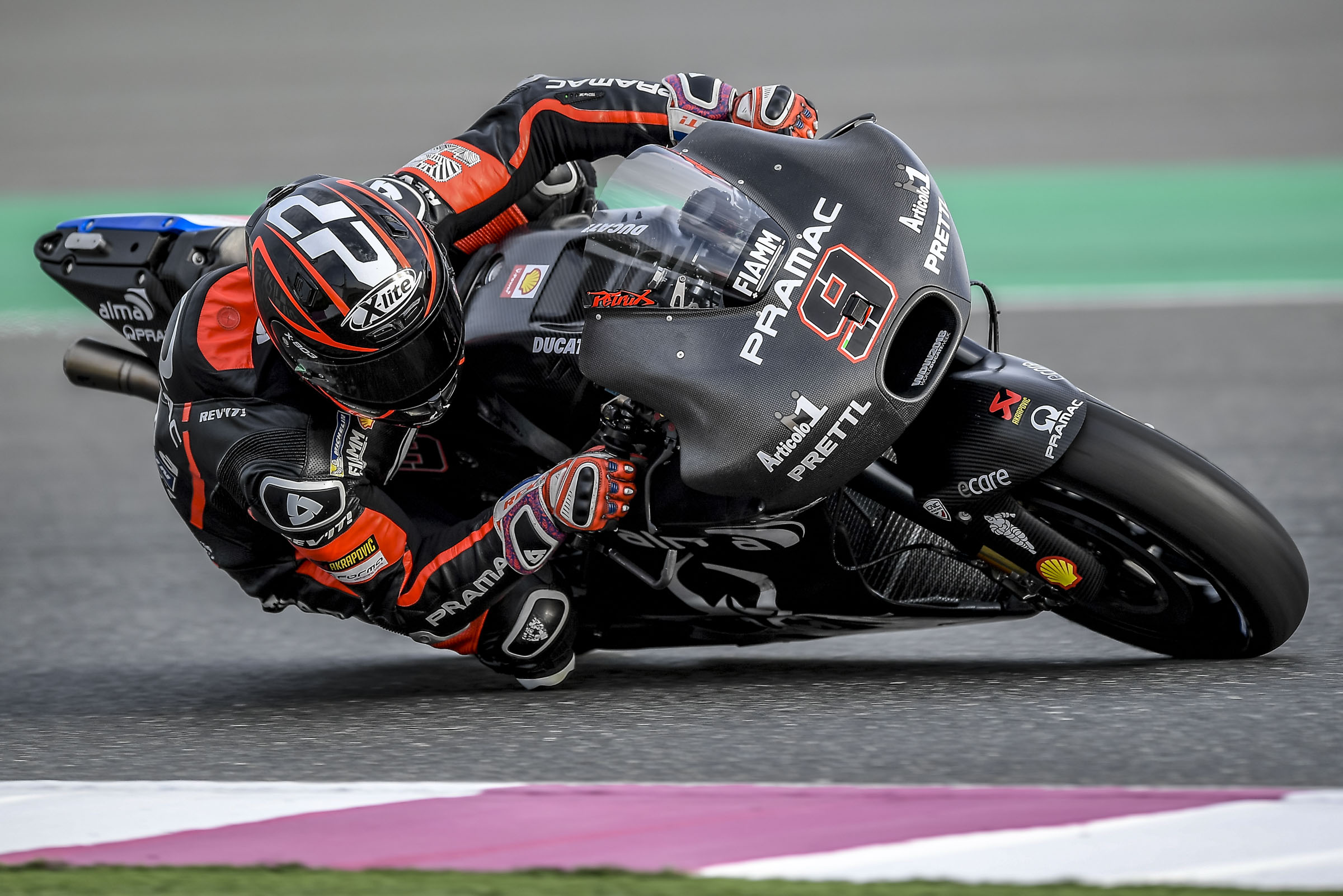 “We started very fast even if we had the tyres used yesterday. I was also at the top of the standings for a few laps but then I crashed practically with Jack. I don’t know what happened, it was a very strange crash because there were no alerts. We lost a bit of time but when I returned to the track I was back fast. I am satisfied with what we have done so far in Qatar”. 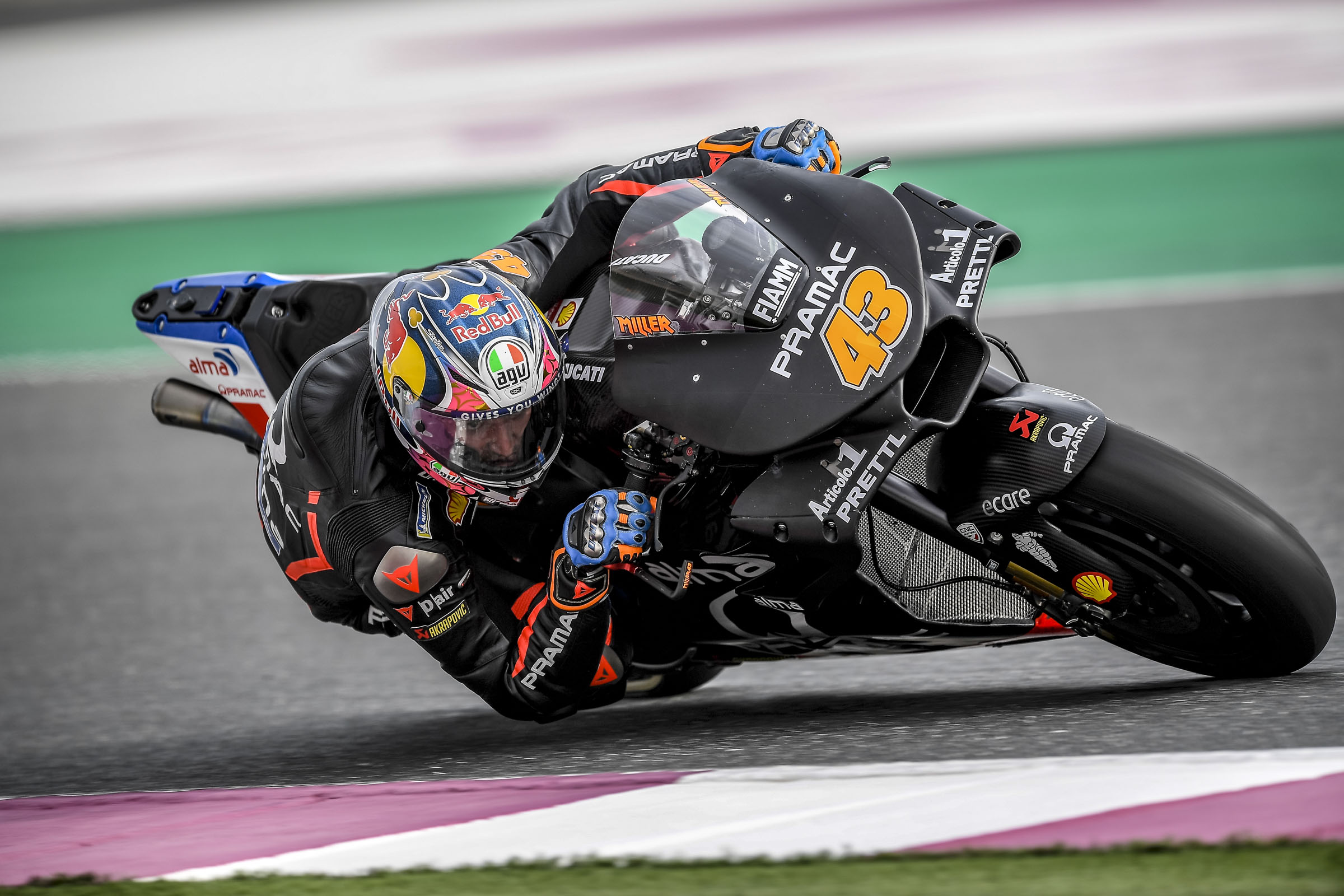 “After the crash I saw Danilo almost hit me. It was quite scaring but fortunately nothing happened. It wasn’t an easy day because after the crash we had to solve a problem with the bike. But if I have to be honest I am very satisfied because I feel that we have made many improvements since yesterday. I feel I still have more to give . I will try it out tomorrow”.