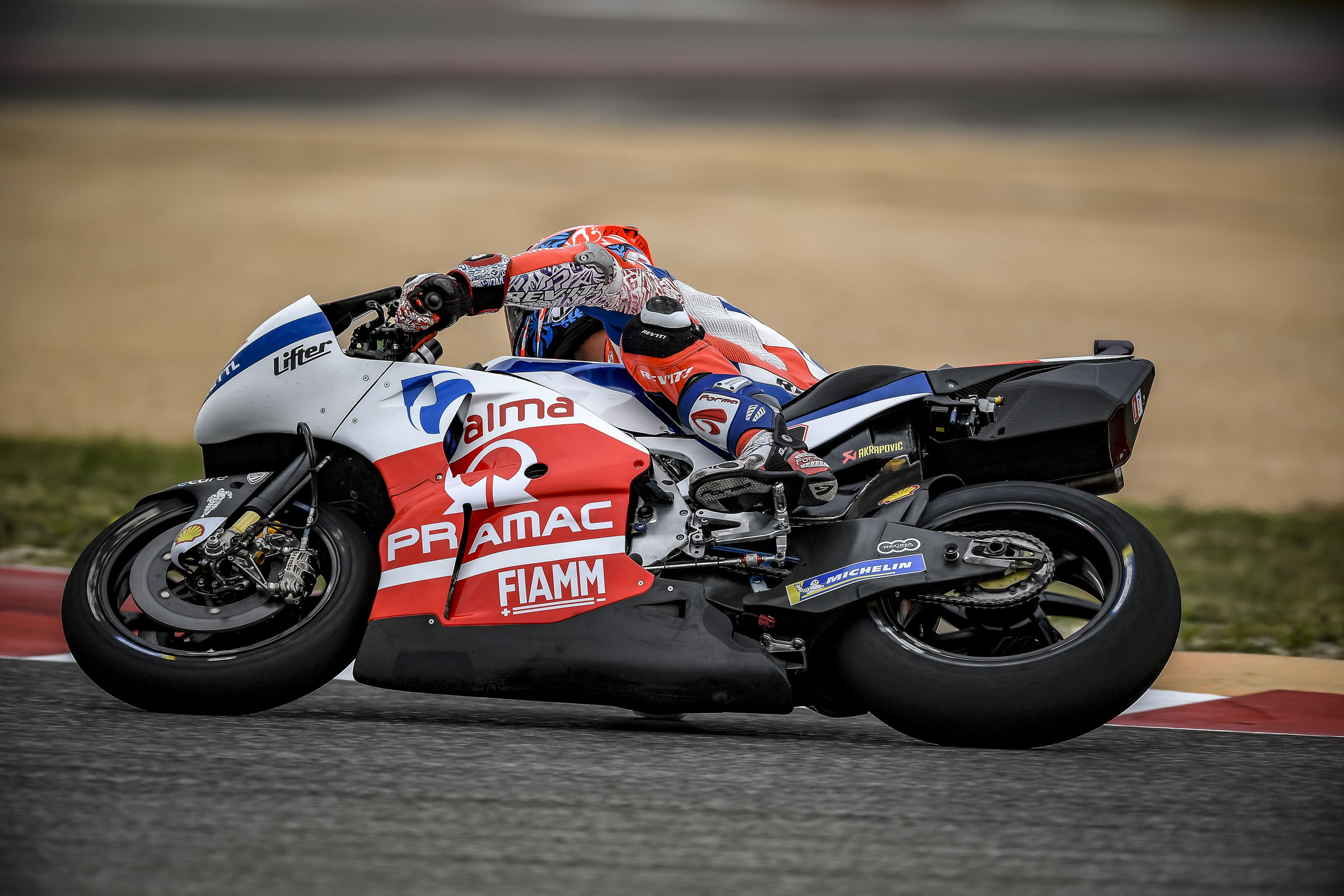 The free practice of the Grand Prix of the Americas did not give high lights to Alma Pramac Racing, who grabbed the Top 10 with Danilo Petrucci and recorded the 14th position for Jack Miller.

Both riders have struggled a lot especially in the FP1 due to the non-optimal conditions of the Circuit of the Americas.

Danilo Petrucci has managed to significantly improve his pace in the FP2 after working hard on the set up with his team. In the afternoon the Italian rider lowered his time by more than a second and a half but he wasn’t able to conquer the Top 10 finishing just a tenth of a second from Dani Pedrosa’s tenth position. Petrux recorded the Top Speed of the day (347.9 km/h) that represents the new record of the Circuit of the Americas.

Also Jack Miller made precious progress during the day but the gap from the Top 10 remains wide. The Australian had a better feeling in the FP2 and this gave him confidence ahead of Saturday’s qualifying session. 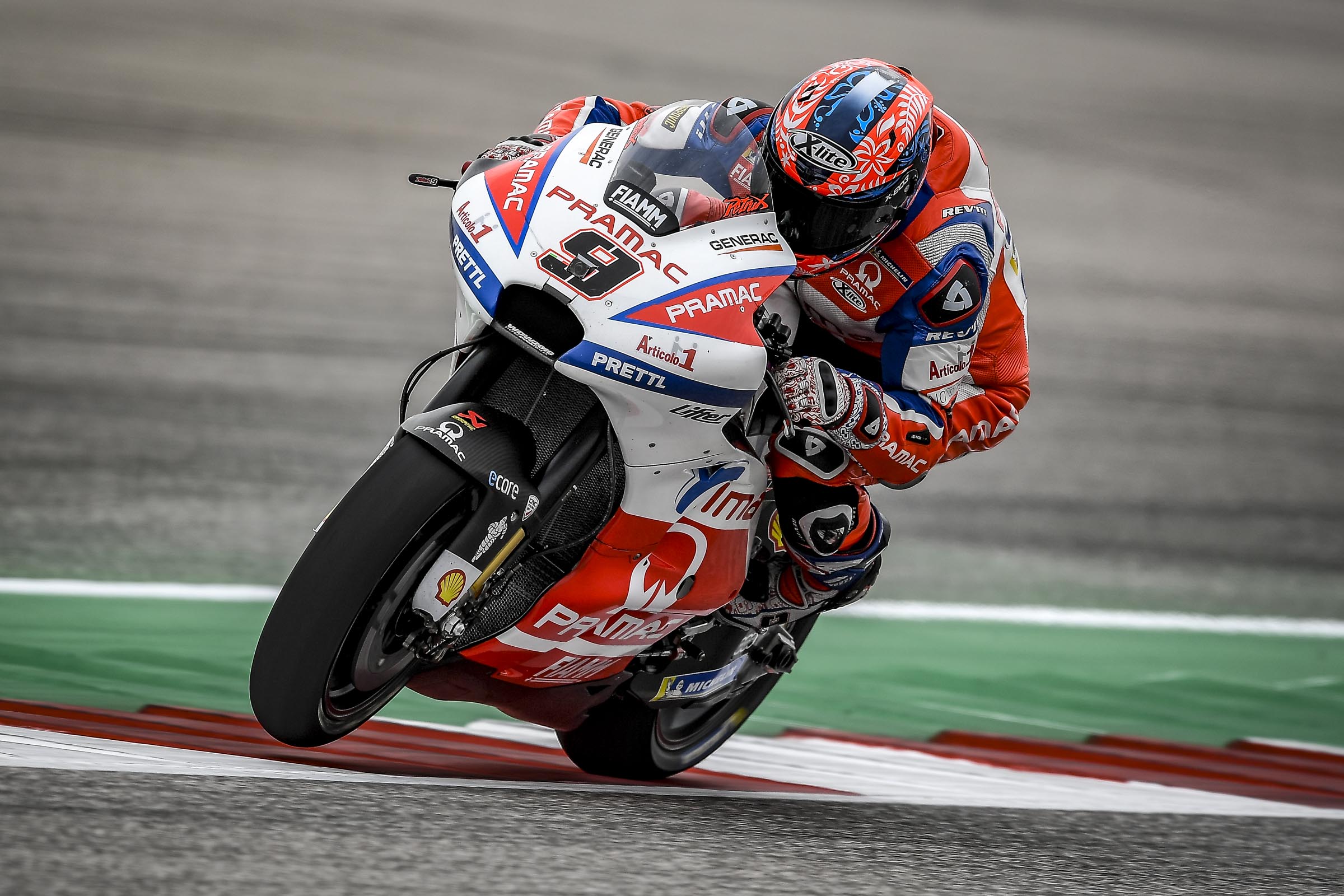 “I did two fast laps but I was on the limit. I was out of the Top 10 by a tenth and this could be a problem in case of rain tomorrow. The bike suffers a lot on the many bumps scattered on the circuit. We’ll try to do something to improve tomorrow. It’s only the first day but I didn’t expect to struggle so much”. 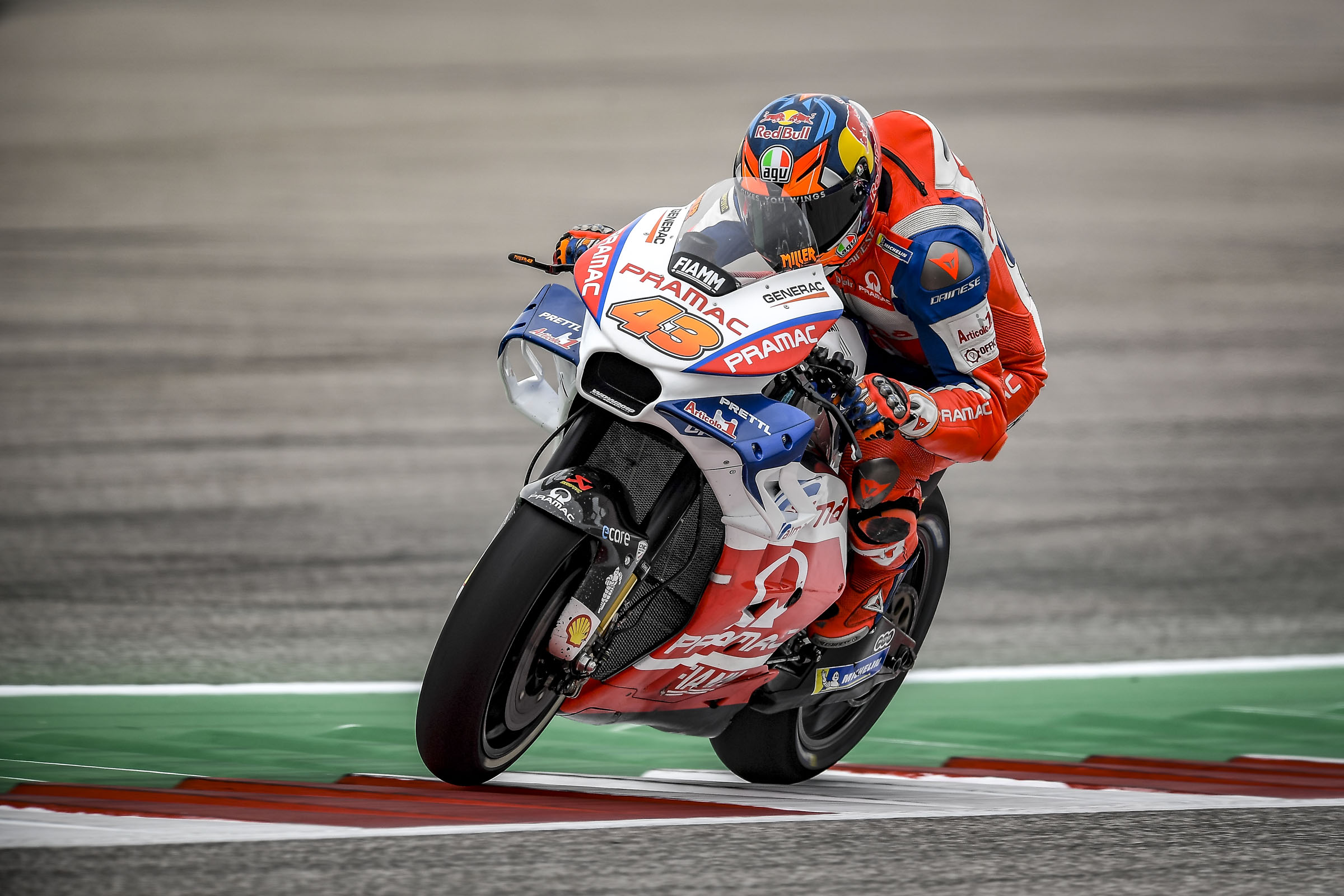 “I am quite satisfied with what we have done in the afternoon although I can not be happy for this first day. I’m losing too much in the first sector, especially in changing directions and I can’t make the bike work well. However, we’ve made some progress in FP2 so I still have confidence in tomorrow’s qualifying session”.