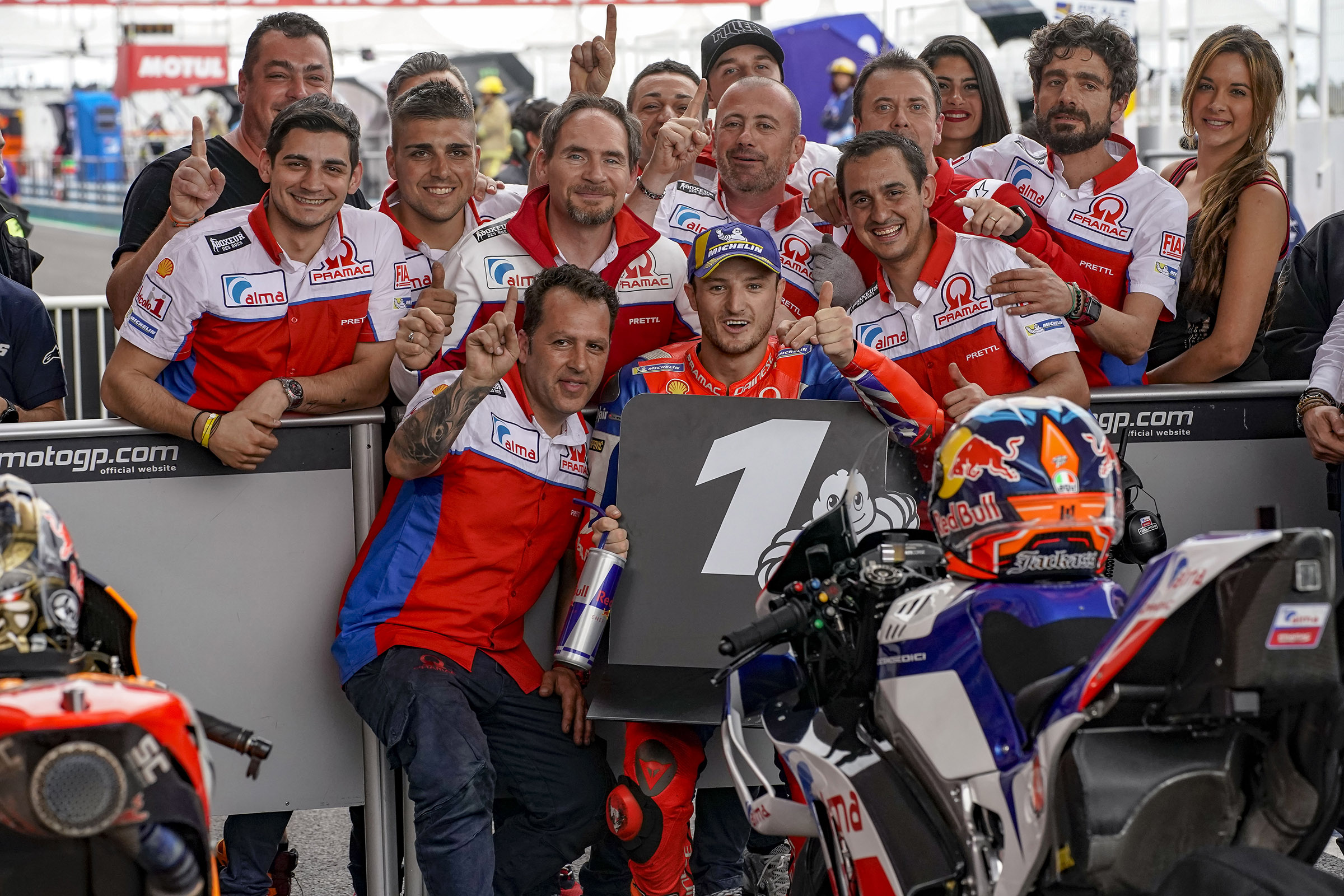 “I want to congratulate Jack. He had great courage”. That’s how Danilo Petrucci wanted to celebrate the extraordinary Pole Position of his teammate.

Jack has made a real masterpiece. After two laps with rain tyres, the Australian rider had the courage to return immediately to the pits asking to go back on track with slicks. This allowed him to make five laps, becoming more and more confident corner after corner on a circuit that was still not dry, especially in the third sector. On the last lap available Jack pushed to the maximum, conquering an extraordinary Pole Position that once again brought Alma Pramac Racing to the Parc Ferme after Danilo Petrucci’s front row in Qatar.

Petrux had to deal with a difficult qualifying. During the FP3 in wet conditions the feeling of the Italian rider has improved (5th lap-time) compared to Friday. But when the track started to dry in Q1, Danilo returned to experience grip problems. Petrux will have to make a strong comeback tomorrow starting from P18. 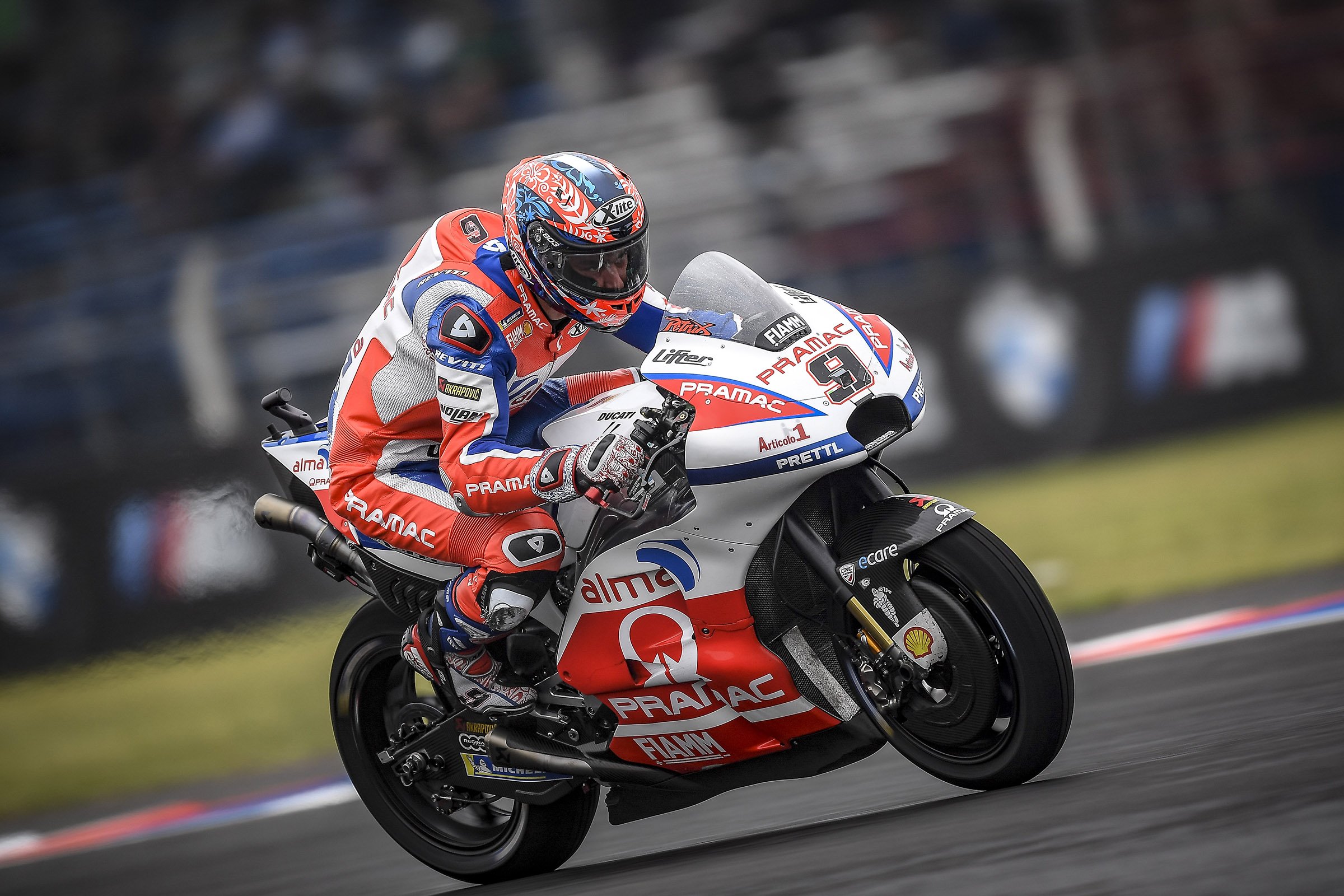 “It’s a difficult weekend for me. We have problems to make the tyres working well. We worked a lot with the team and today things have improved a bit. But I have to admit that the feeling is not the best. Tomorrow I’ll start behind him and it will be difficult but I’m sure I can get to the top 10. Congratulations to Jack. He did something great”. 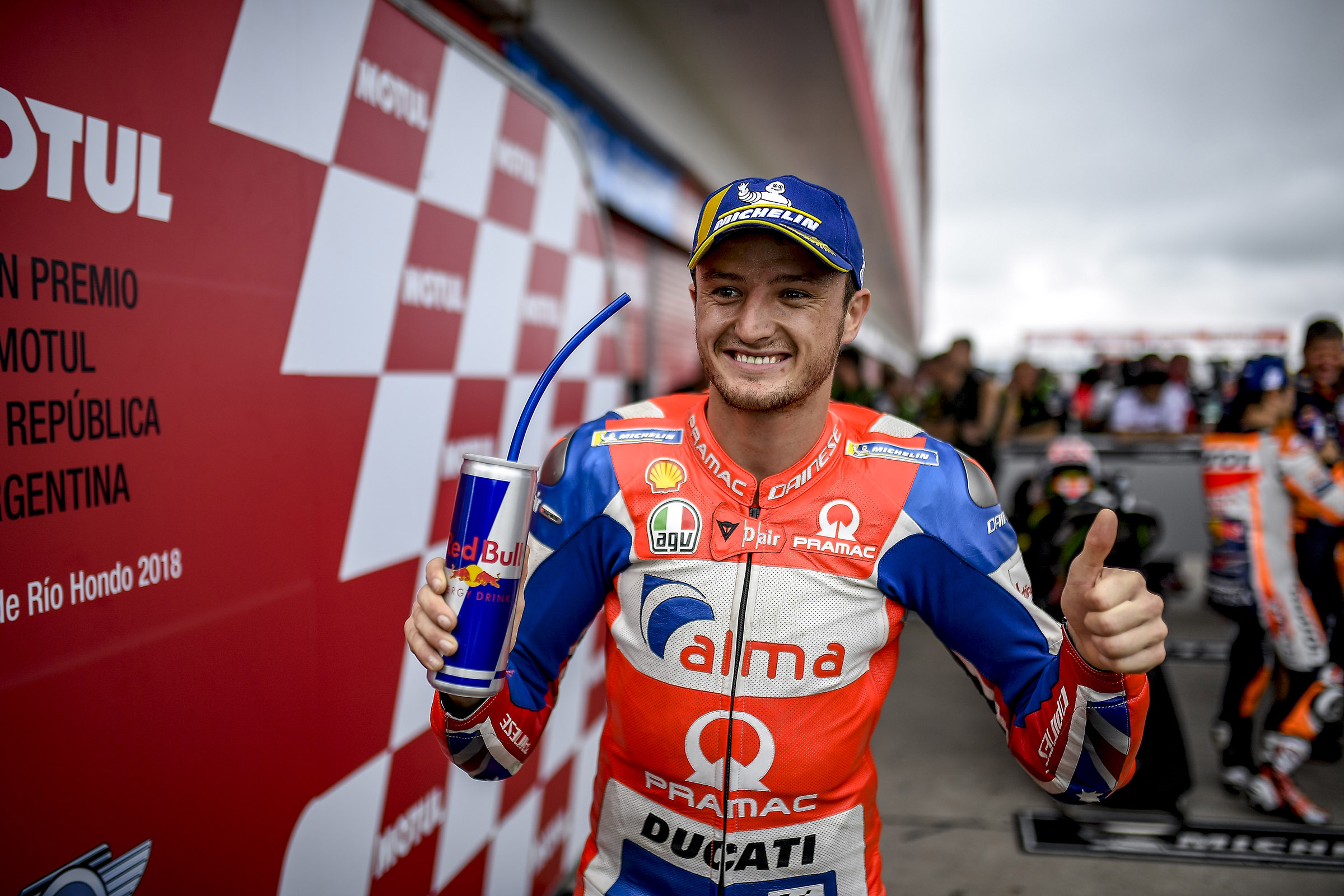 “It is a great satisfaction and for this I want to thank the team that did a great job both during the winter tests and during these first two race weekends. I felt confident to try to get back on track with slick tyres. It was not easy, especially in the two turns that were still wet. I thought, It’s time to go all-in. It was the right choice that’s why I’m really very happy”.