Home/News/Pramac announces agreement with Mick and Jack Doohan for the 2018 season
Mick Doohan: "I feel extremely privileged to be part of the Pramac family" 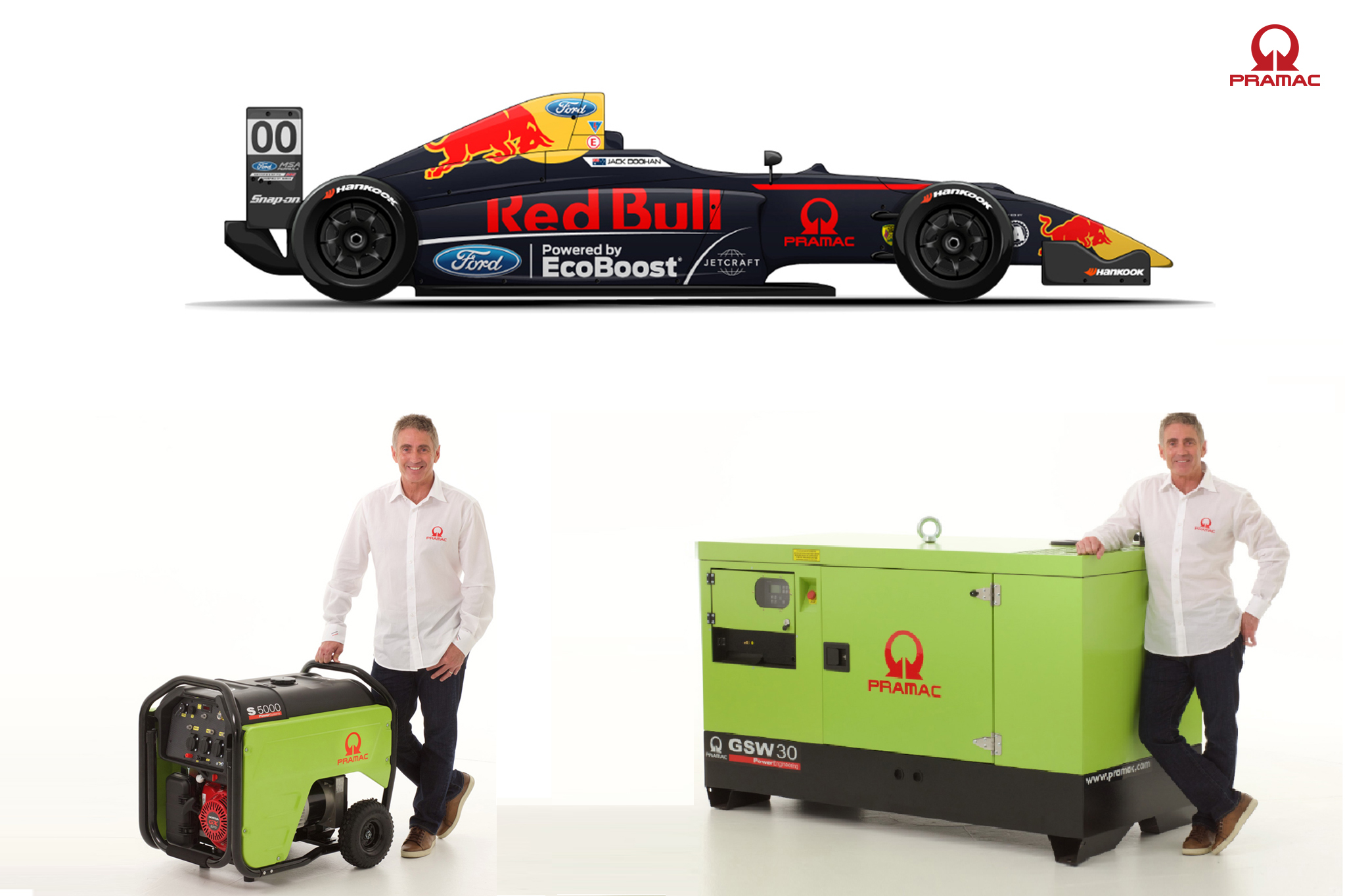 Pramac announces that it has reached an agreement with Mick and Jack Doohan for the 2018 season. Pramac logo will be positioned on Jack Doohan’s suit and car during the British F4 Championship for 2018 and selected German and Italian F4 races. The F4 British Championship certified by FIA is the UK’s premier single-seater series, the only championship open to 15-year-old drivers and the first step on the FIA single-seater pyramid to F1.

The partnership between Pramac and Doohan Motorsport also involves Mick Doohan as the 5 times 500 cc MotoGP World Champion will be testimonial of Pramac and Generac publicity campaign.

“It’s with great pride and satisfaction that we have reached this agreement with Mick and Jack Doohan. Pramac’s logo will be displayed on Jack’s car in one of the most interesting championships in the single-seater world. In addition, Mick will be our testimonial both in a market as important to us as the Australian one and globally. This partnership confirms the deep friendship that binds Pramac to the Doohan family. We’ll all be supporting Jack in the 2018 season”.

“I feel extremely privileged to be part of the Pramac family in 2018, as an ambassador. Being associated with such a passionate brand, gives our family great pride. Jack Doohan (my son) will compete in the 2018 British F4 Championship along with selected German and Italian F4 races with support from Pramac”