#SpanishGP FP. Solid P8 for Jack. Petrux is in great shape but a technical issue stops his time attack 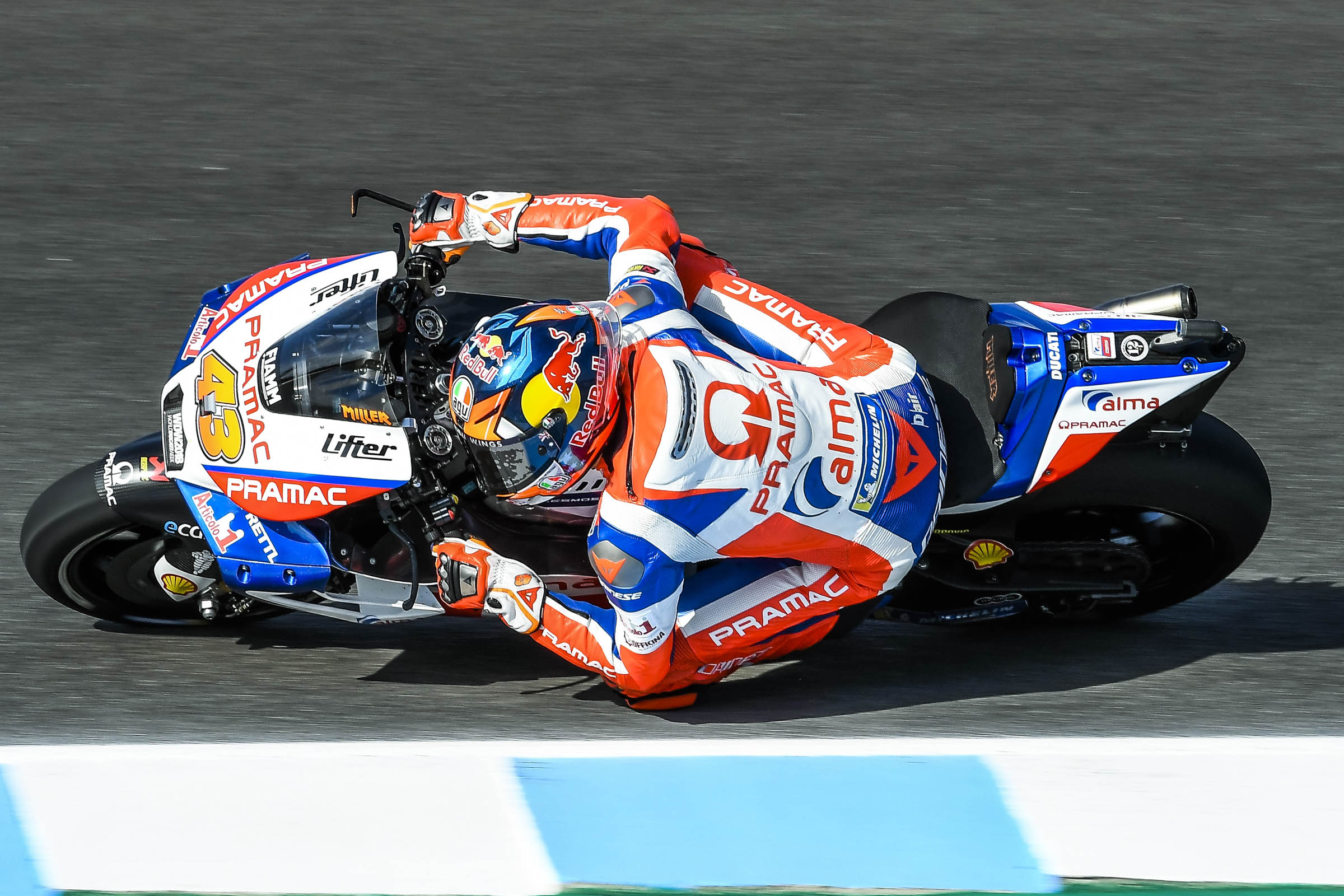 The first European weekend of the 2018 MotoGP season starts with very positive indications for the two Alma Pramac Racing riders. Danilo Petrucci and Jack Miller are incisive from the morning’s Fp1 (4th and 5th time respectively). In the FP2s, Jack took eighth place, while Petrux was forced to quit his time attack due to a technical issue.

Jack Miller was immediately at ease with the Ducati Desmosedici Gp 2017 and from the first run of the FP1 he proved to be fast especially in the third sector where he recorded the second best time just 5 thousandths of a second from Marquez. After finishing 5th in the morning practice, the Australian returned to the track in the afternoon with confidence and finished in P8 36 thousandths of a second from the first Ducati of Andrea Dovizioso.

A technical issue in the FP2’s time attack did not allow Danilo Petrucci to take advantage of the soft tyres. The rider from Terni, however, appeared in great shape on the Circuit of Jerez as in FP1 he notched up the best time in the second sector and the third in the T4. The FP2’s race pace was also very good as Petrux lapped consistently in the Top 5. 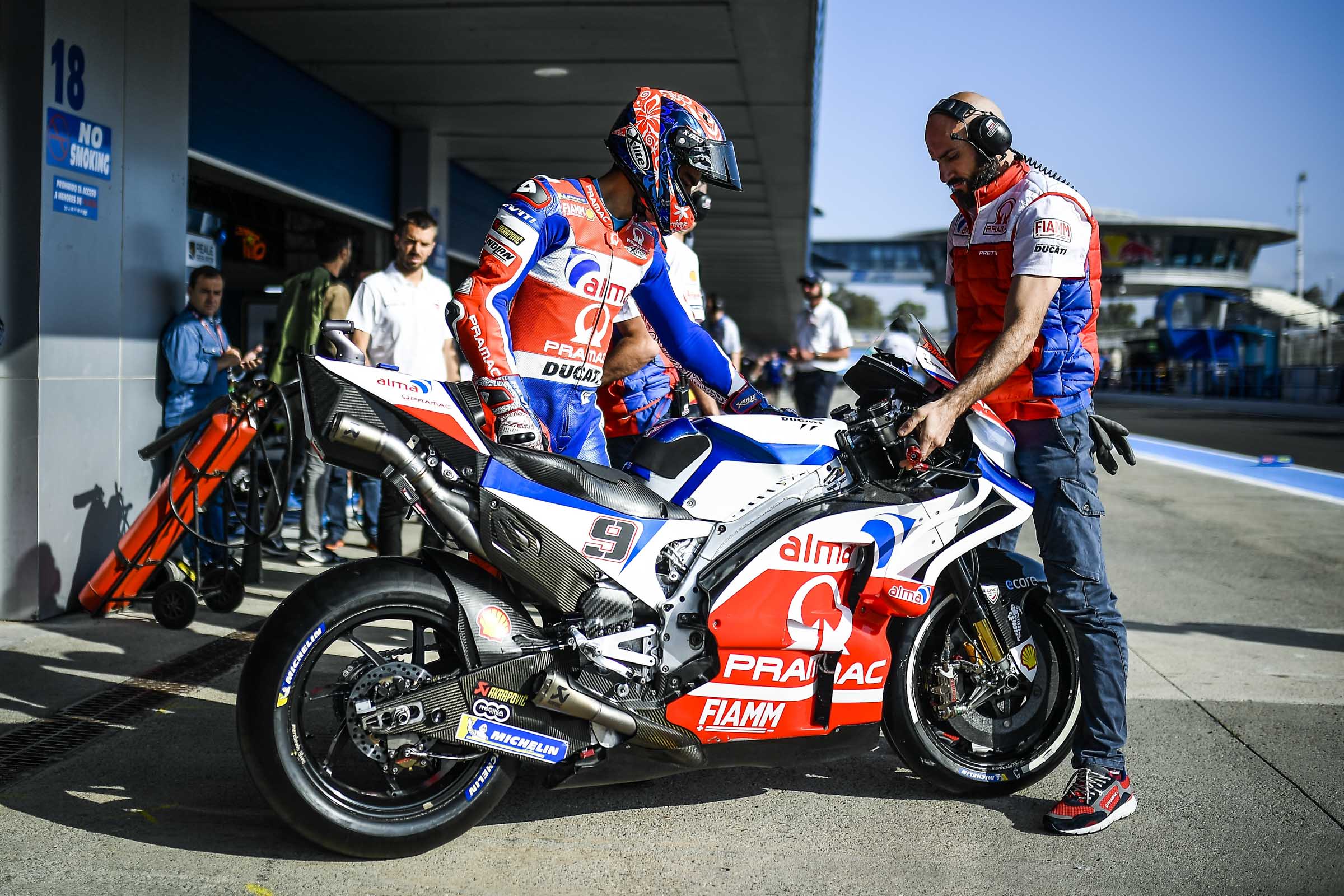 “It’s a shame. I was very fast in both the FP1 and FP2 and was convinced I could do a good lap-time. Unfortunately I had to return to the garage because of a technical issue after putting on the soft tyres. However, I am very confident. The pace is good and tomorrow I feel I have great confidence to conquer the direct qualification to Q2”. 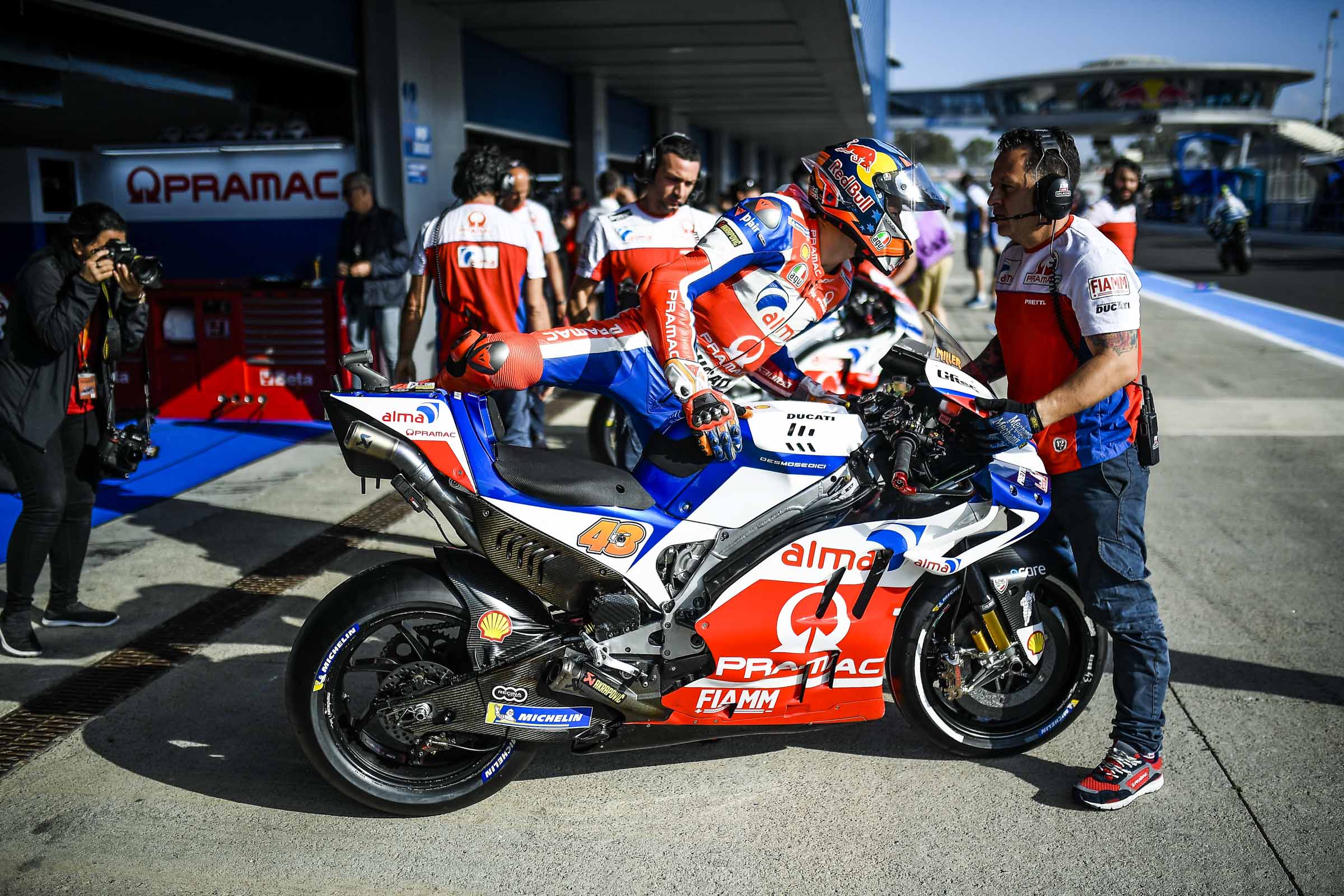 “It’s a very good day and I’m satisfied. I’m also happy to be back riding without pain after the injury that gave me some problems in Austin. The feeling with the bike is really good. In both the FP1 and FP2 I was easily in the Top 10 and this gives us great confidence in sight of tomorrow’s qualifying. It will be a battle anyway so we will have to improve”.