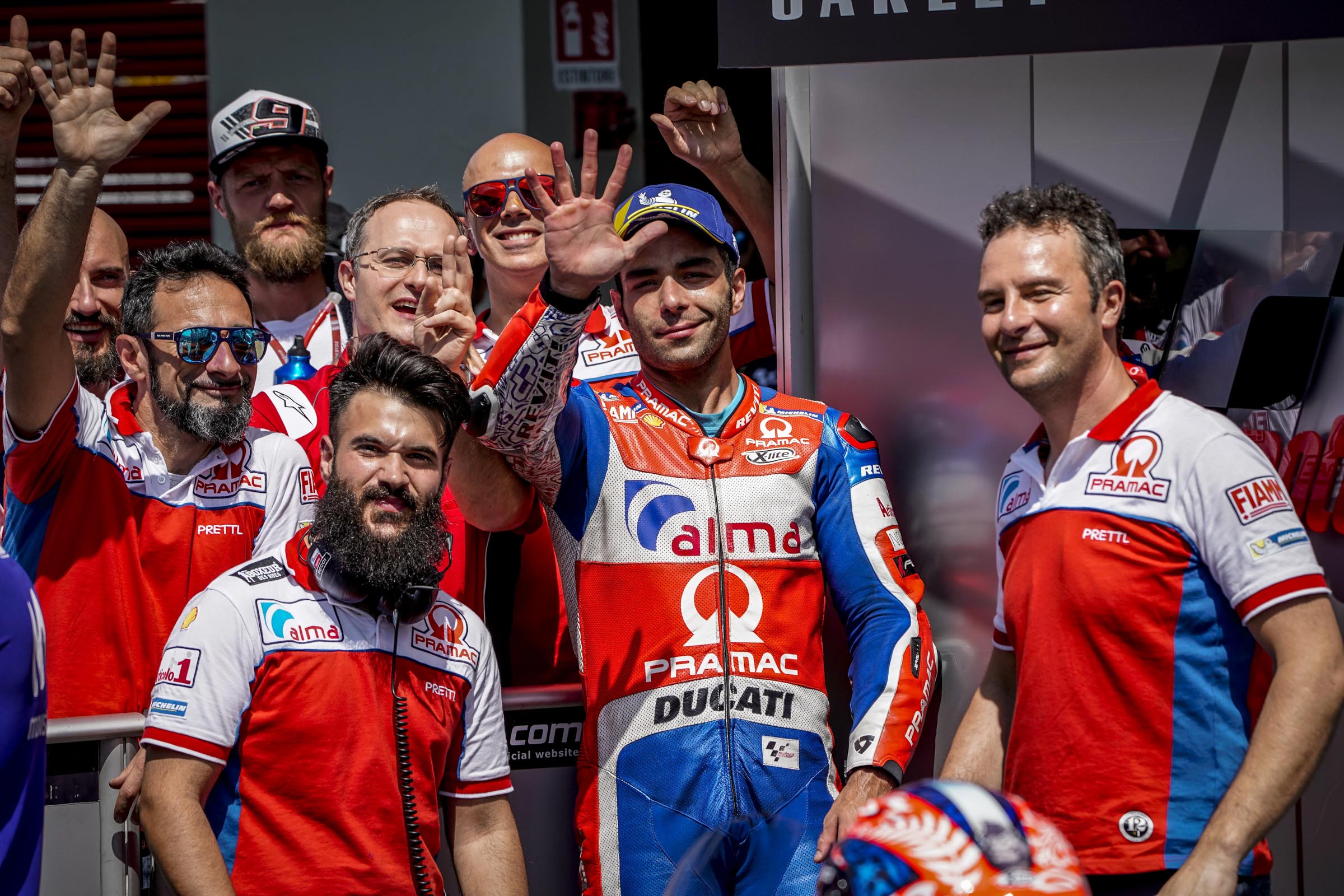 The qualifying for the Italian Grand Prix gave great satisfaction to Alma Pramac Racing. Danilo Petrucci conquers the second row and celebrates with his team the “Independet Rider” award. Jack Miller dominates the Q1 but then fails to be incisive in Q2.

Petrux and his team solve the small problems of Friday and the pace of the rider from Terni is incisive. In the FP3s Danilo easily wins the Q2. In the FP4s the feeling was positive and in qualifying Petrux pushed hard for pole position, finishing fifth just two tenths off Valentino Rossi’s pole.

Also for Jack the feelings are positive. After a convincing FP4 the Australian dominated Q1 ahead of Vinales (3rd on the grid) but in Q2 he could not find the conditions to stay in the Top 10. Tomorrow he will start from 11th place. 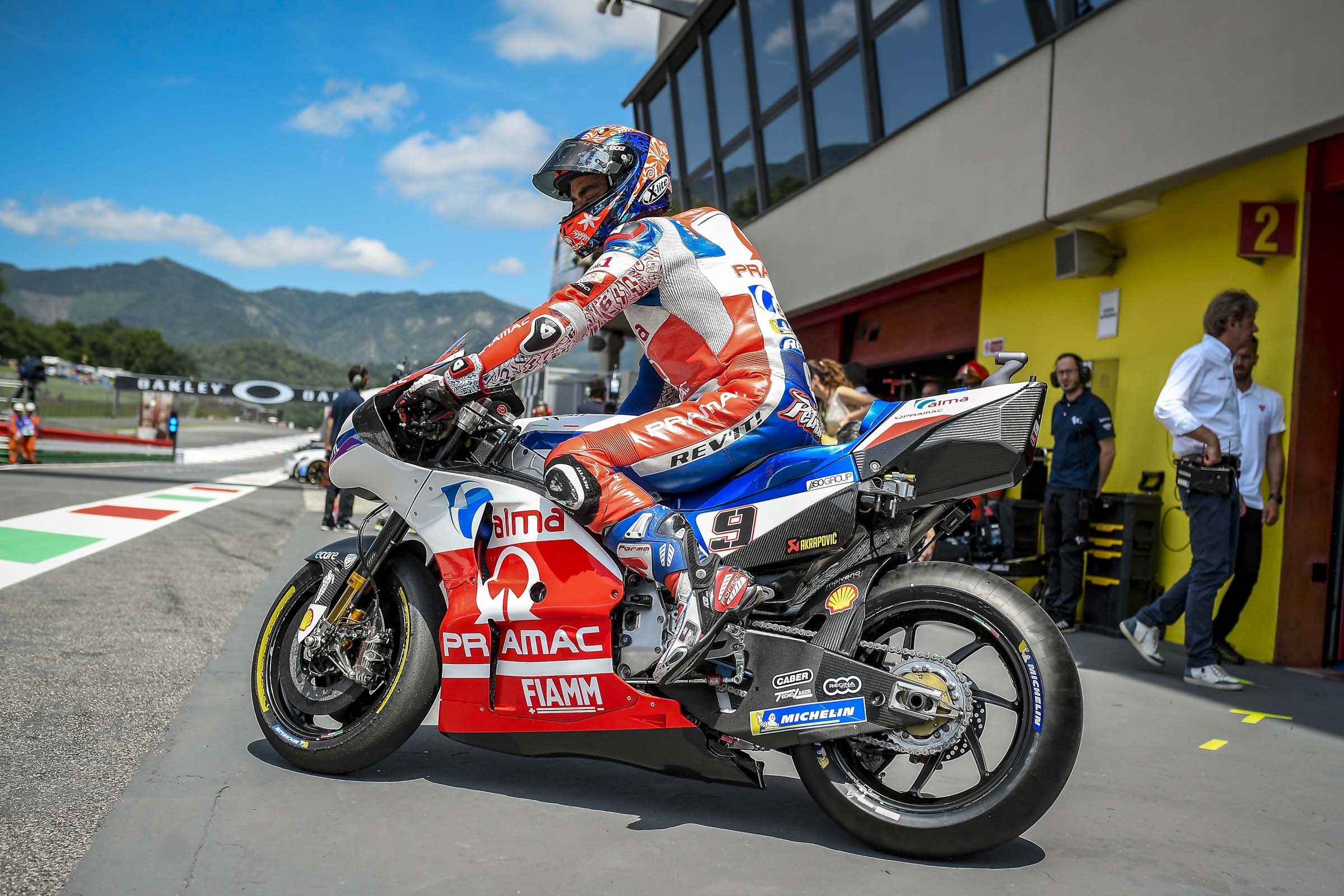 “The front row was maybe possible but I’m happy anyway. Our target was the first or second row so we managed to get the result. Tomorrow will not be easy because the competition is very fierce. However, we’re doing a great job and I’m sure we can play it”. 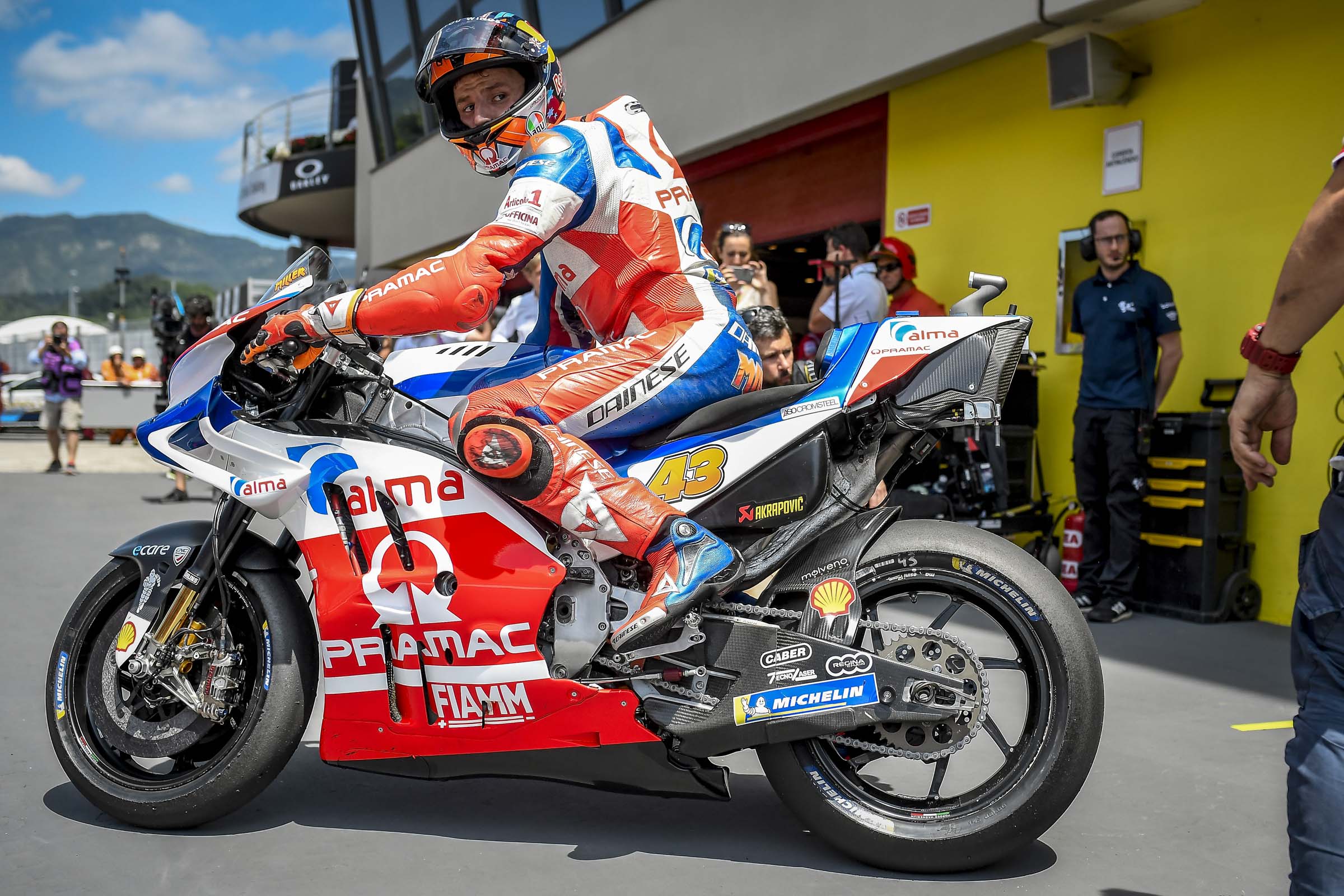 “If I’m honest I’m a bit disappointed with this qualifying. Unfortunately the crash of the FP3 compromised our work but I’m still happy that I didn’t hurt myself. I wasn’t able to get the most out of my tyres in qualifying and we will have to work on that. Tomorrow I want to have a good race”.