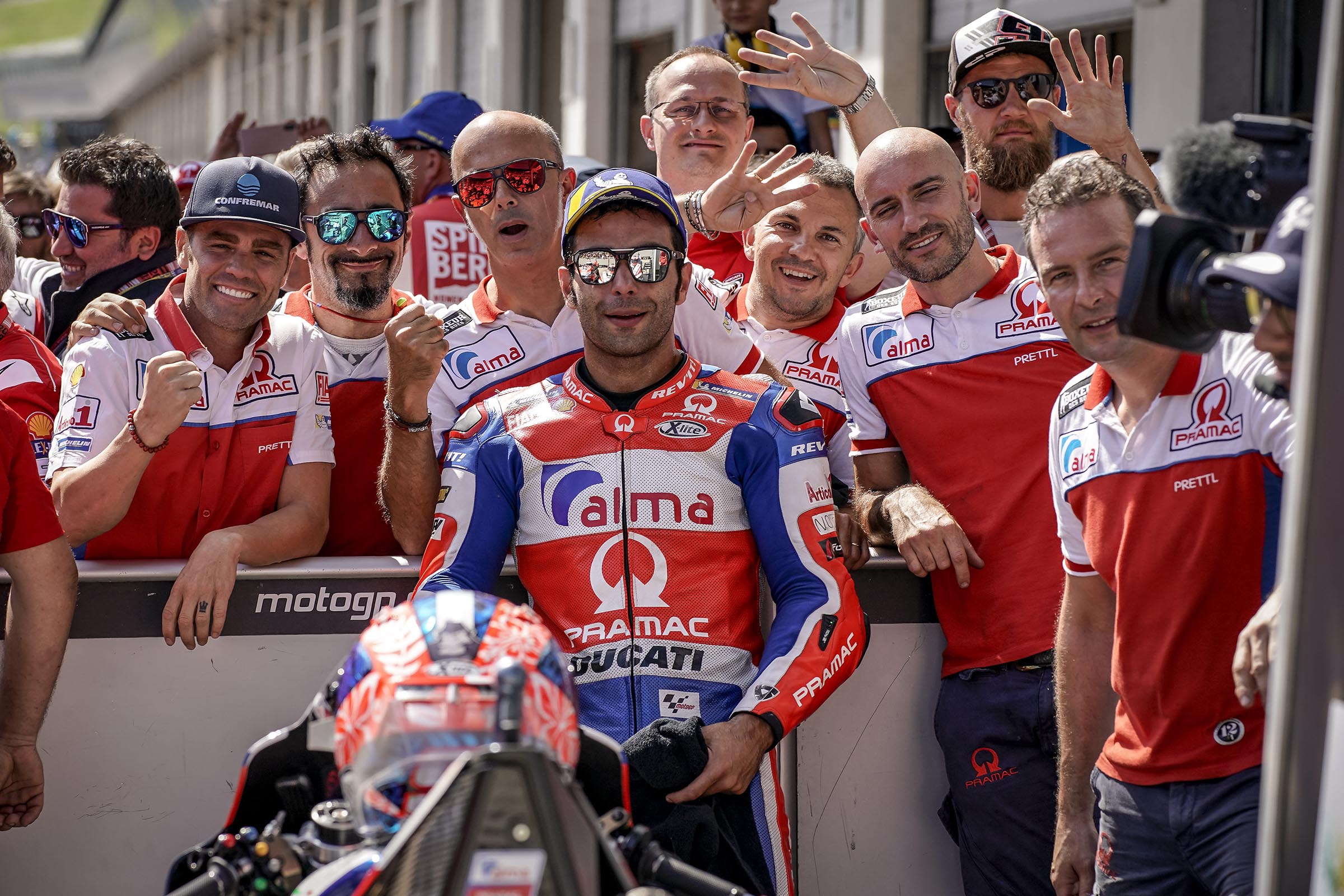 Danilo Petrucci celebrates a great second row at Parc Ferme as First Independent rider. Jack Miller has a technical problem that does not allow him to find a good rhythm in the Q1 and has to settle for the sixth row.

After winning direct qualification to Q2 yesterday (P3 in Fp1), Petrux pushed hard in the first time attack to find the feeling. In the second run, he tried to conquer the first row but the competitors were faster and he finished 127 thousandths from the Jorge Lorenzo’s third place.

In the first run of the Q1, Jack was forced to return to the garage after 2 laps due to a technical problem. The Australian got back on track with the second bike but did not find the conditions to be incisive, finishing in P17. 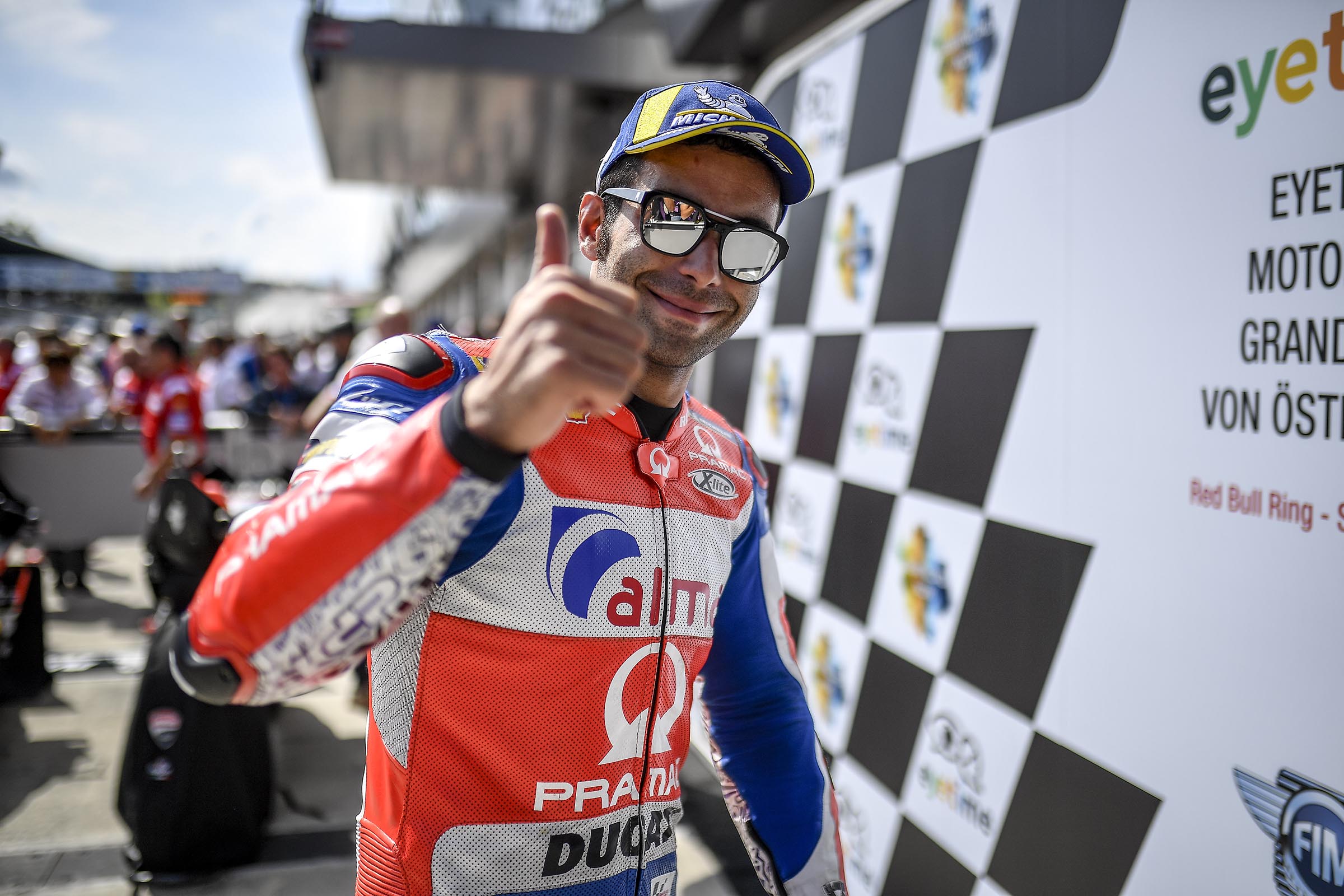 “I am very pleased with this qualifying. To be honest I think that the three guys in the front row will play the victory and my goal is to stay with them throughout the race. It will be important to manage the tyres well. Finishing in Top 5 would be a good result”. 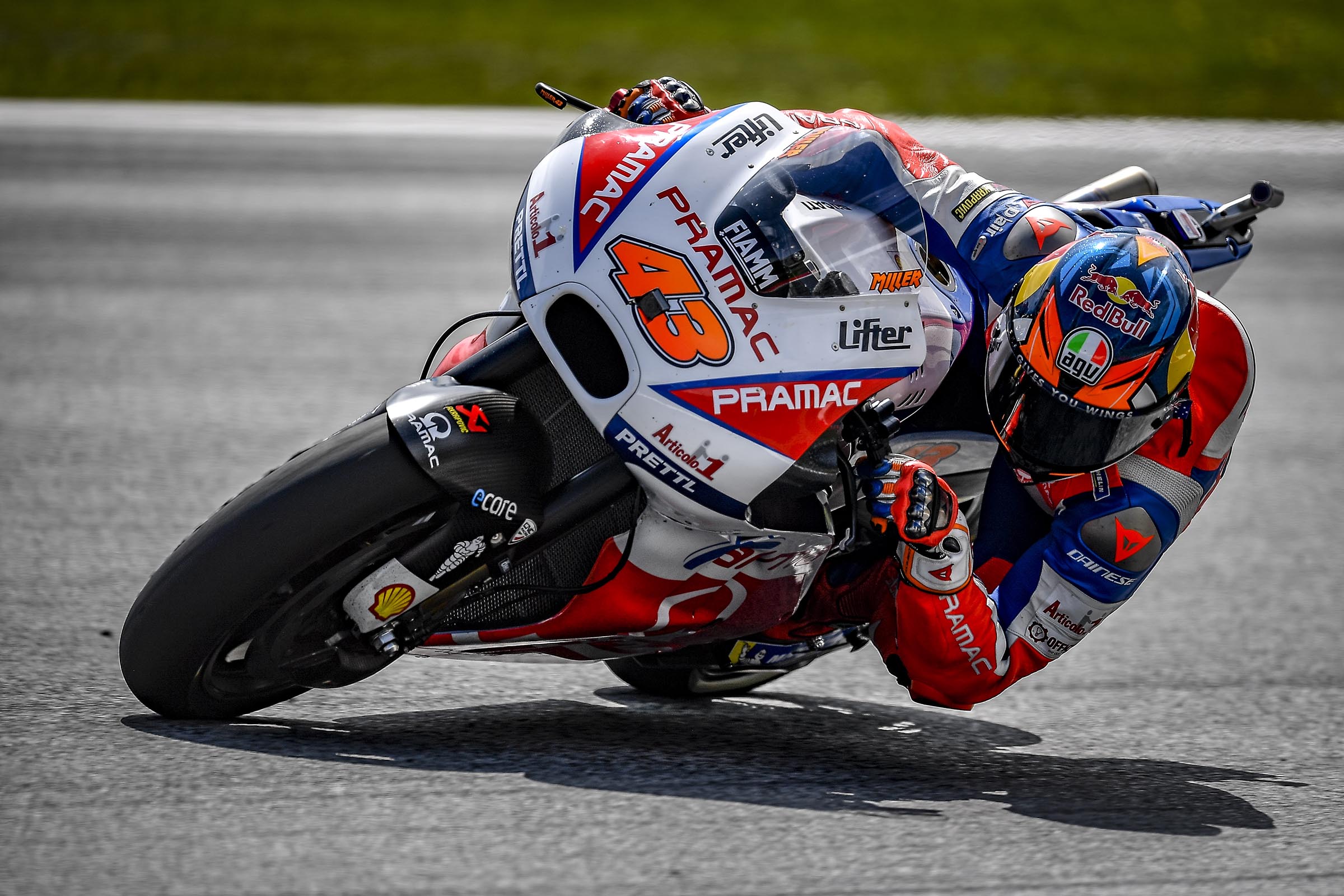 “It’s a very difficult weekend for me. I thought I could do better but we had some problems that did not allow me to find the feeling. Tomorrow will be a very difficult race but we will work with the team to be able to recover and take valuable points”.