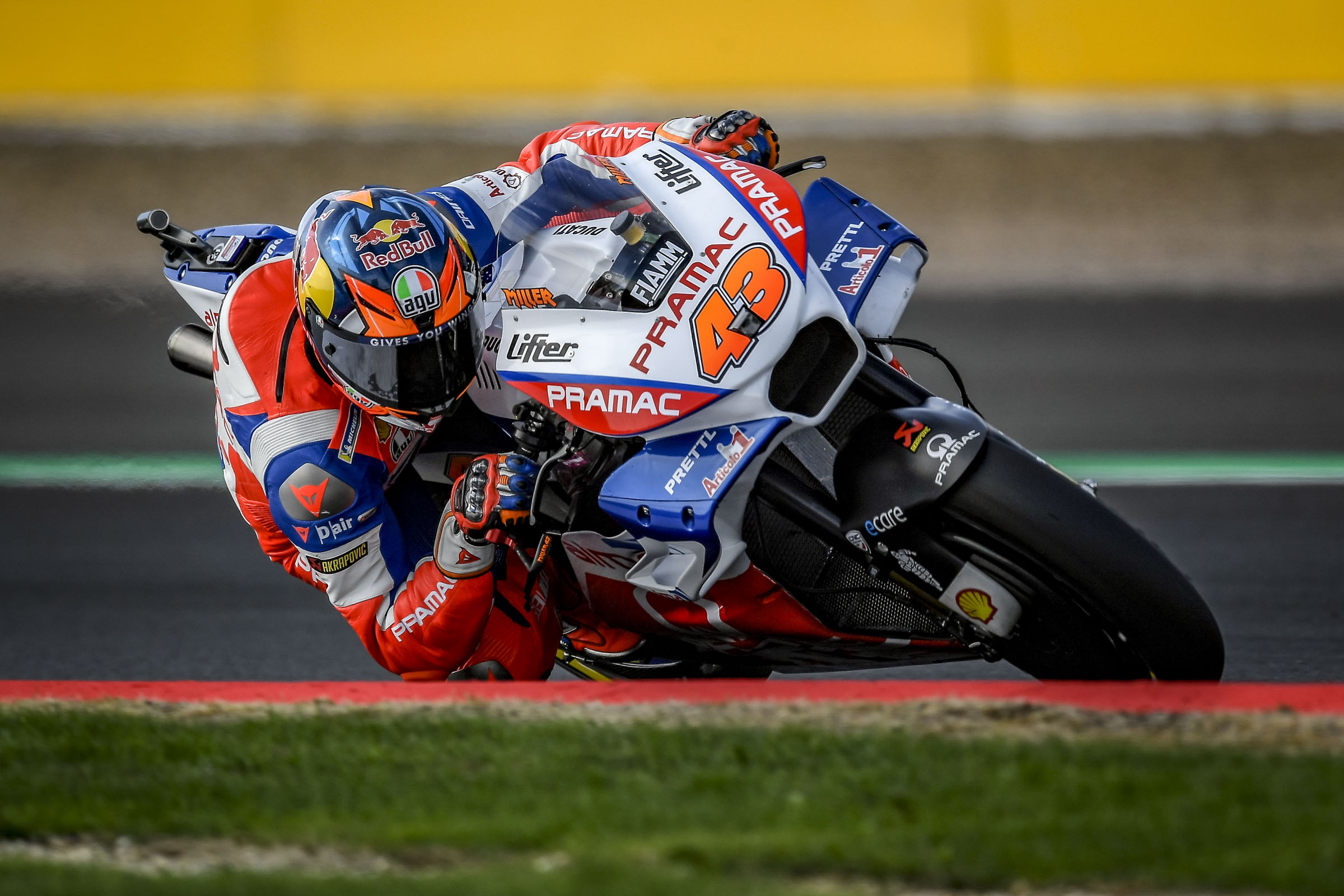 The first day of free practice of the #BritishGP gives very positive indications to Alma Pramac Racing. Jack Miller is in great shape and is fast in both FP1 and FP2. Danilo Petrucci works on race pace in FP1 and in FP2 he finds a great feeling but is forced to abandon his time attack to avoid a collision with Jorge Lorenzo.

Jack pushes very hard in FP1 finishing in P5 without using the soft rubber. Also in FP2, the Australian rider confirms his great feeling with the Ducati Desmosedici GP and with the medium tyre he notches up a precious lap-time that would allow him, in case of rain tomorrow, to conquer direct qualification to Q2.

Petrux focuses on the tyres in the FP1 and the indications are positive. In the afternoon free practice, the rider from Terni is constantly in Top 10 but in the time attack, after two very fast sectors, finds Jorge Lorenzo – that has just come out of the pits – in his trajectory. The Spanish rider suddenly brakes and Danilo is forced to go off the track to avoid the impact. 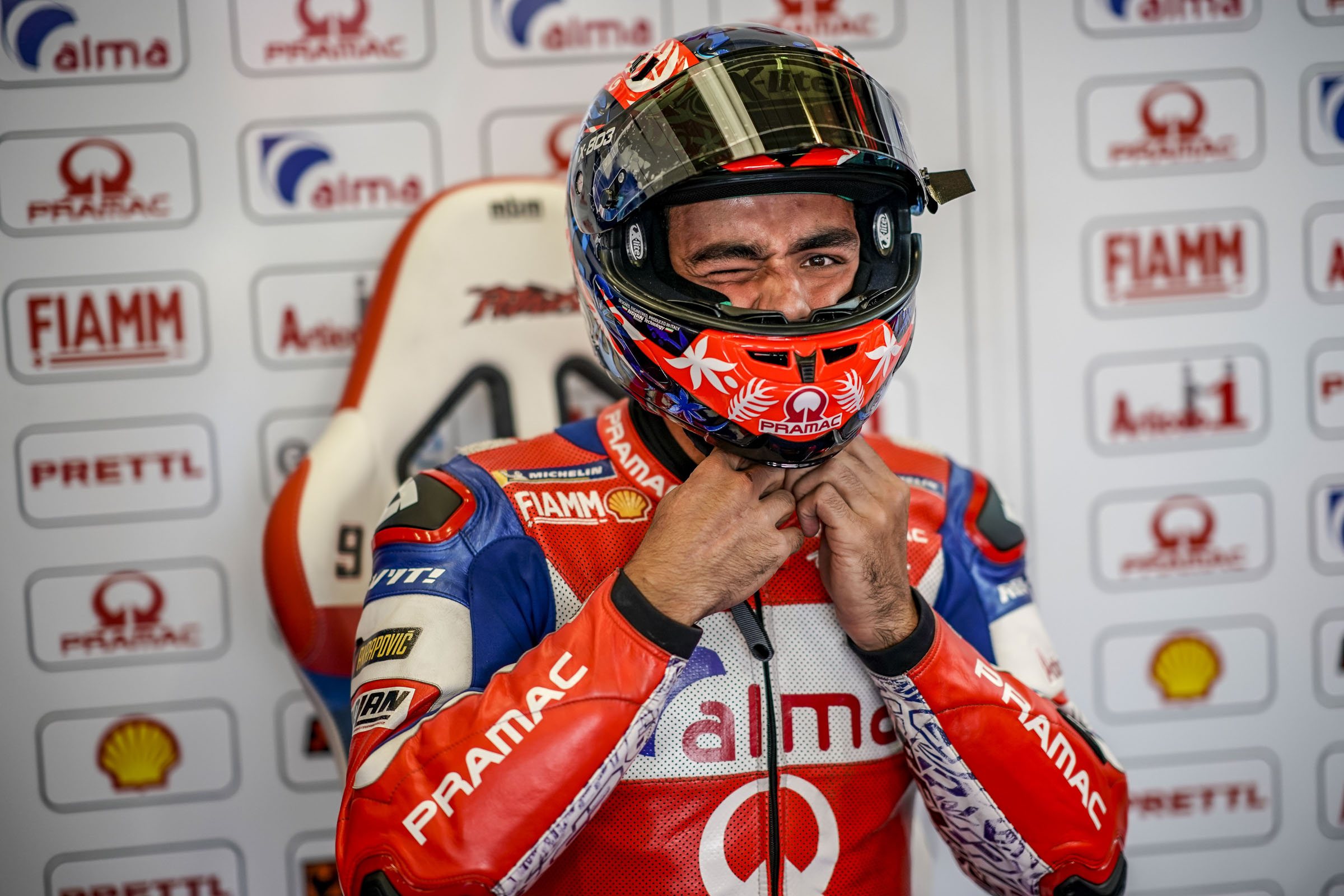 “I was doing a good lap but I had to release the brakes and get out of the track to not hit Jorge who was going slow in the trajectory. It’s a shame because I was sure I could be in the Top 10. Tomorrow we will try again as the feelings are positive”. 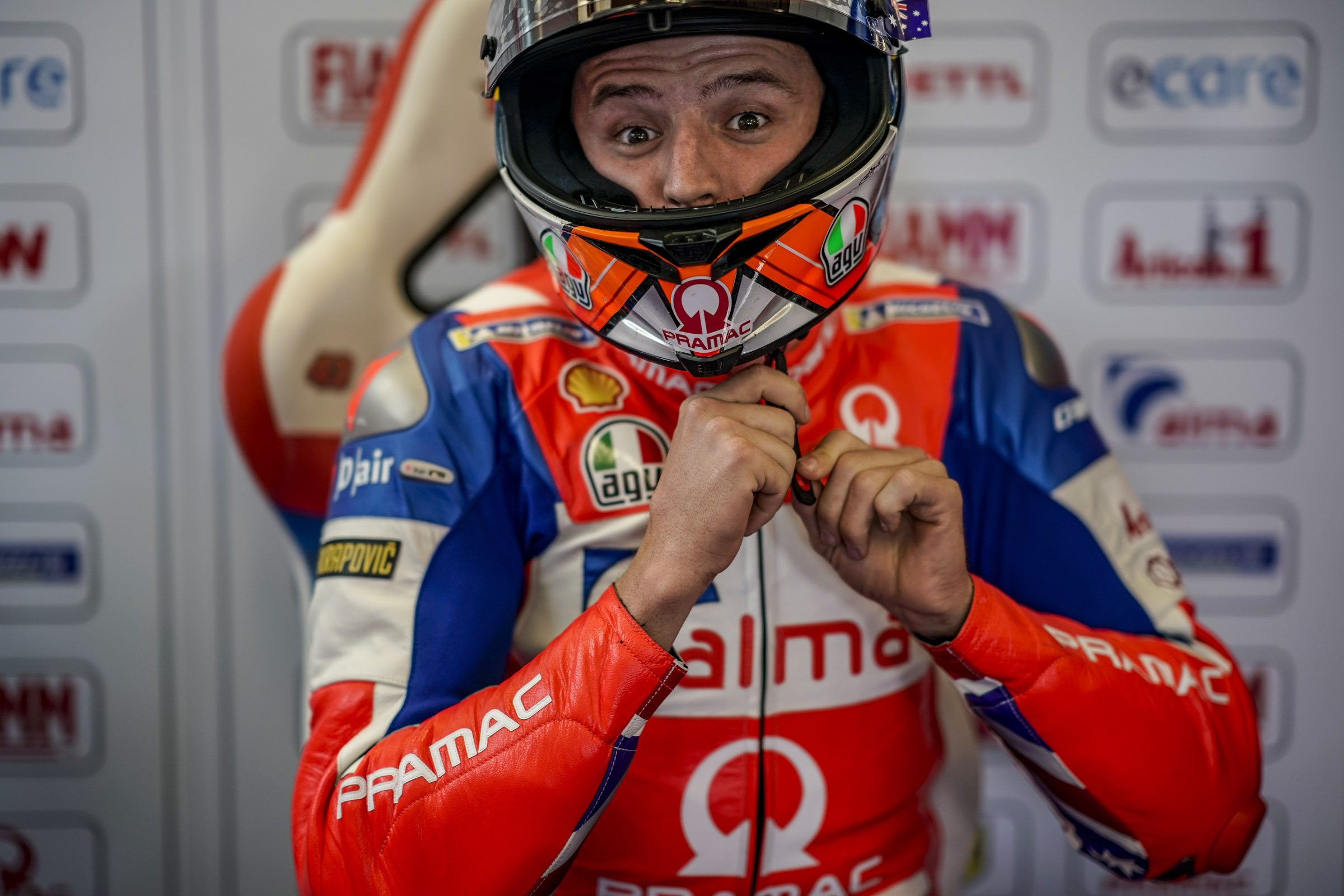 “I am pleased with this first day of free practices. The feeling is very good and we have done a good job with the tires. Maybe we didn’t find the ideal moment to get out with the soft but with the medium one, the time is really good. We have great confidence”.