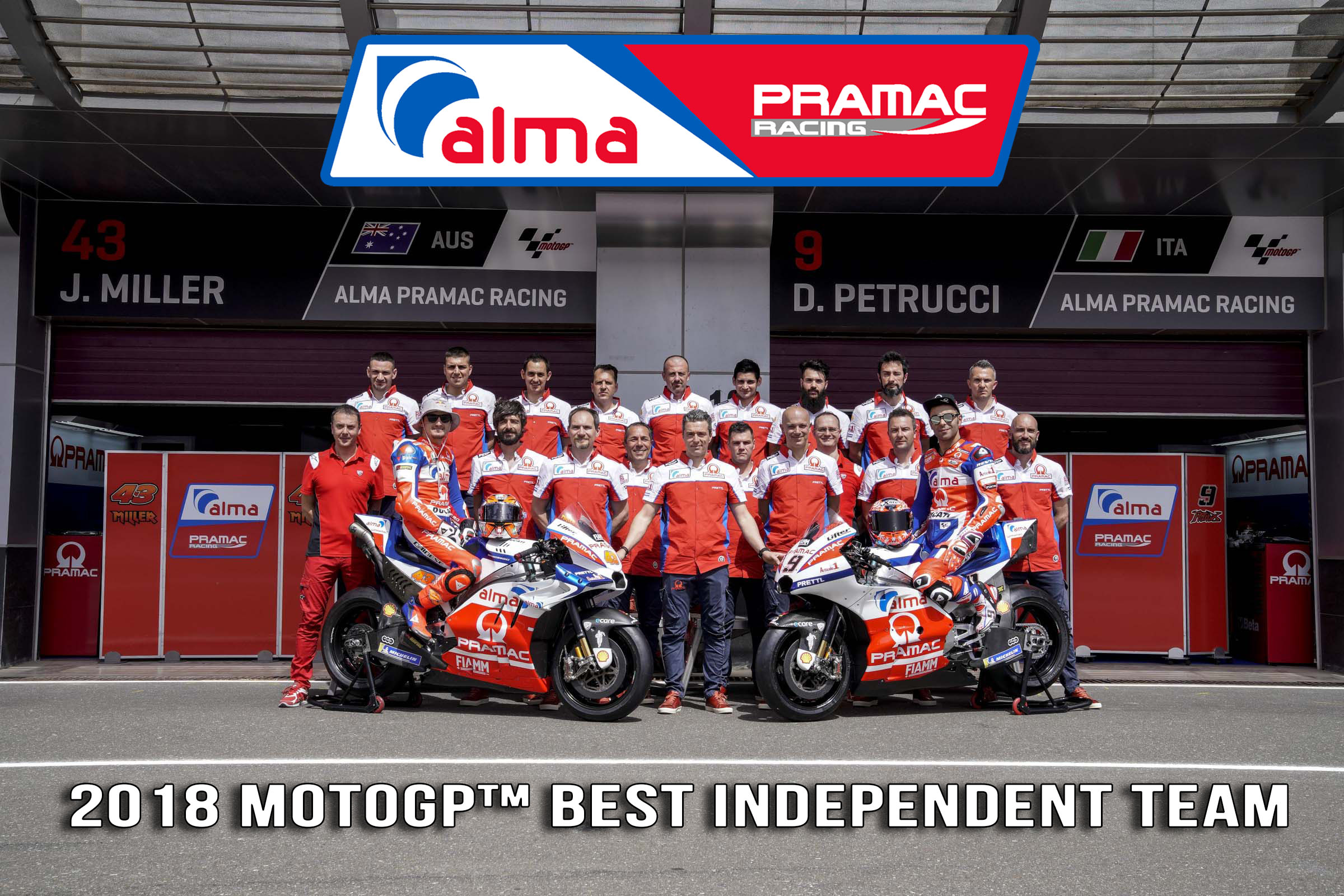 Alma Pramac Racing is the best Independent Team of the 2018 MotoGP season. With one race the end of the championship, the squad from Siena (Italy) wins the coveted prize reserved for Independent teams thanks to the 17 points obtained by Jack Miller and Danilo Petrucci who finished the #MalaysianGP in P8 and P9 respectively. After occupying for most of the season the fourth position overall in the team standings, Alma Pramac Racing obtains the mathematical certainty of the TOP 5 behind the Honda, Ducati, Yamaha and Suzuki factories with 46 points of advantage over Yamaha Tech 3. The season, however, is not over. In Valencia, in fact, Danilo Petrucci will have all the chance to win the First Independent Rider Trophy. On the eve of the last race of 2018, the rider from Terni is 3rd in the Independent Riders classification, 5 points behind Zarco (5th overall with Rins) and 4 behind Crutchlow.

“This is a result that rewards us a lot, also because it was achieved in the season in which MotoGP wanted to make the classification reserved for Independent Teams official. Now we ask Danilo to put the icing on the cake and also give us the First Independent Rider award in Valencia”.

“We are extremely happy to have won this important award. It is the right reward for the professionalism and dedication with which the whole team has worked this season. Thanks to Danilo, Jack and all the technicians, mechanics and staff who, with their commitment, have made it possible to achieve such a prestigious goal”. 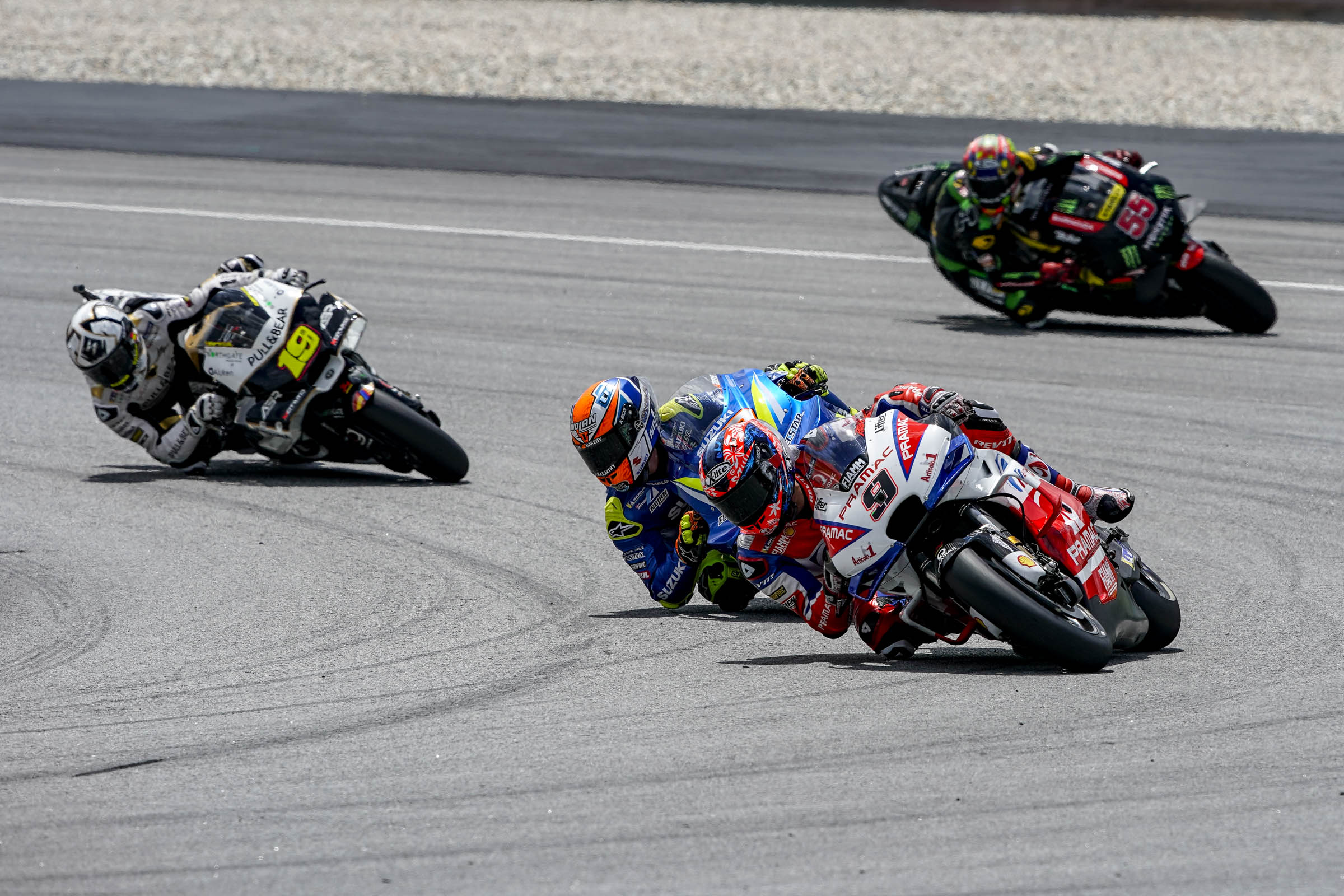 “I’m not happy with the way things went today. We had a good pace throughout the weekend but today I couldn’t manage the tyres and I struggled since the start. I tried to do my best but the temperature didn’t help. Conditions will be different at Valencia and I hope to get a good result to finish the season”. 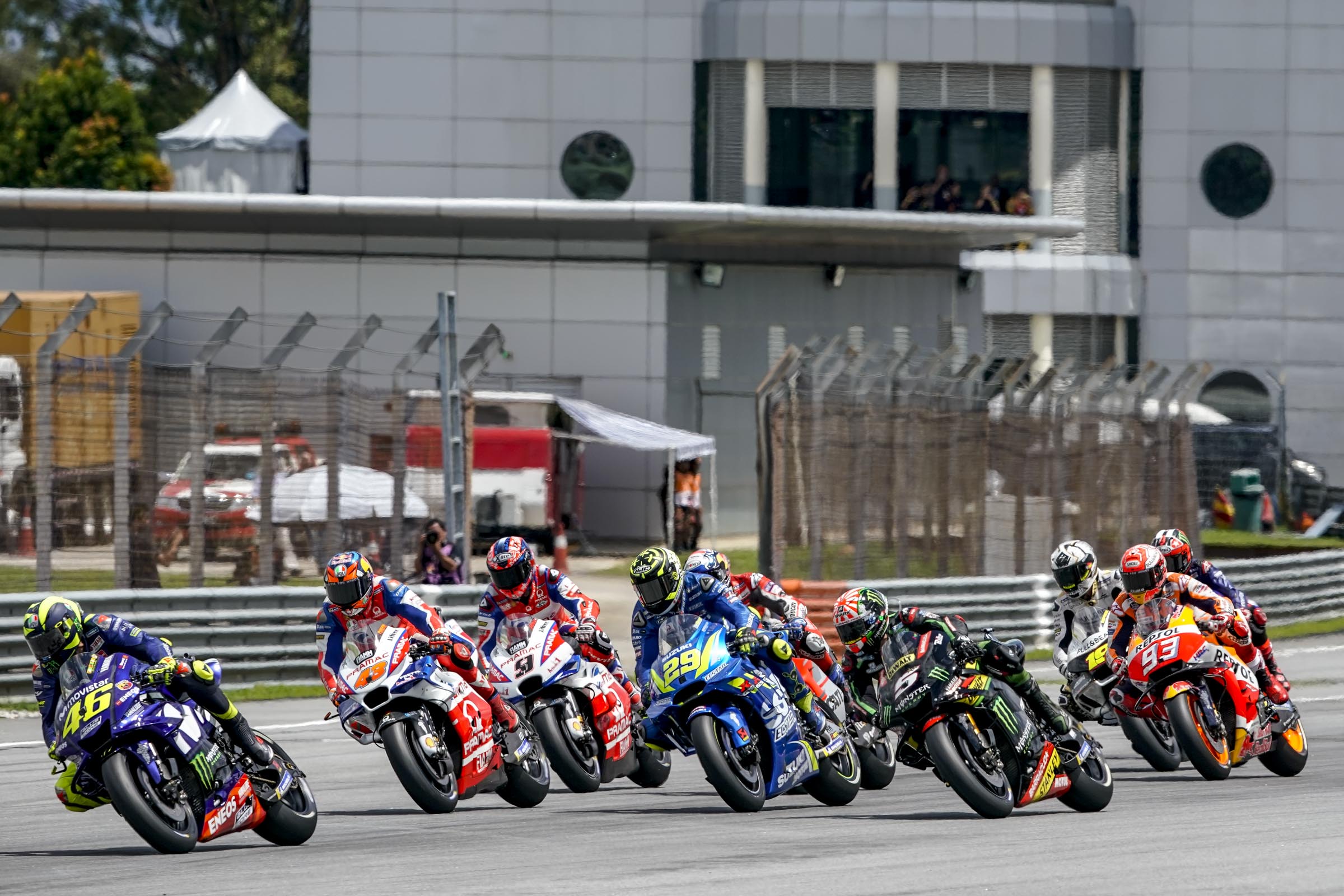 “We chose to use the medium tyre at the rear to try to do something different than the others. But we didn’t get the results we hoped for. From the beginning, I felt a lot of vibrations that didn’t allow me to have a competitive race pace. Honestly I expected more from this race”.