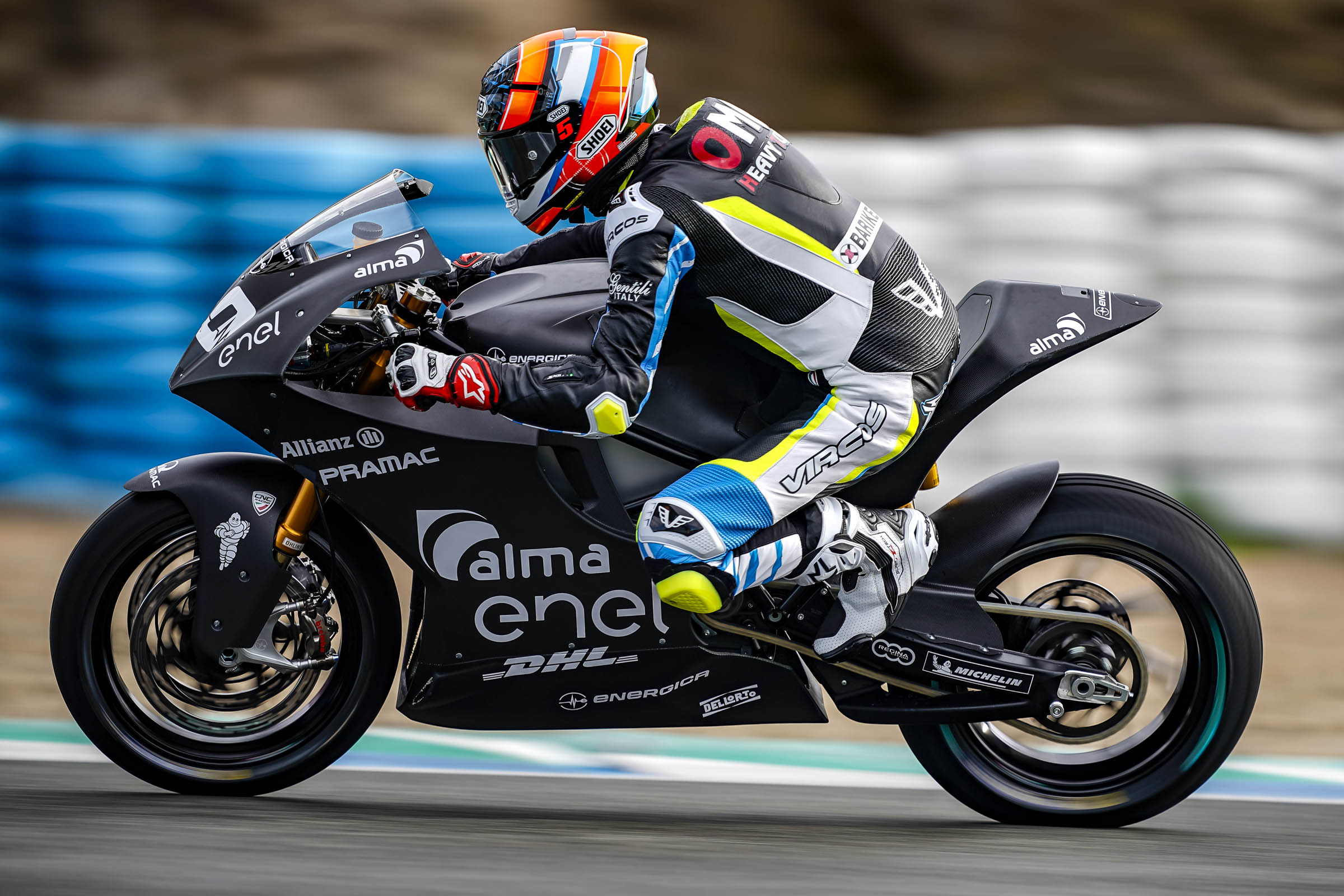 The 2019 #MotoE season started at Jerez today. For the first time in history, electric machines have lapped together on a MotoGP circuit giving rise to a futuristic show. Alex De Angelis and Josh Hook alternated during the first day of activity on the Energica Eco Corsa of Alma Pramac Racing – which will have two bikes at its disposal, as well as the other Independent MotoGP teams, from the next official tests in March in Qatar – in three 30-minute sessions held in both wet and dry conditions.

The lap times are not indicative yet, but we have already seen some very interesting things on track. Alex De Angelis – following the first session in wet conditions – finished in the afternoon in fifth place, 6 tenths of a second from the fastest time. Josh Hook pushed hard in the first part of the second session ending up in sixth position.

“I was pleasantly surprised already in the wet session. The bike is stable, every time you open the throttle the feeling is really positive and its weight is not felt much in this track. I have to get used to both the engine brake and the rear brake and we’ll try to improve tomorrow”.

“I had a great time. If I have to be honest, I was impressed by the power delivery of the bike when accelerating, but mainly the most impressive thing was how easy is the bike to ride. After two laps I was already pushing hard. I wanted to lap more but the battery doesn’t allow it”.