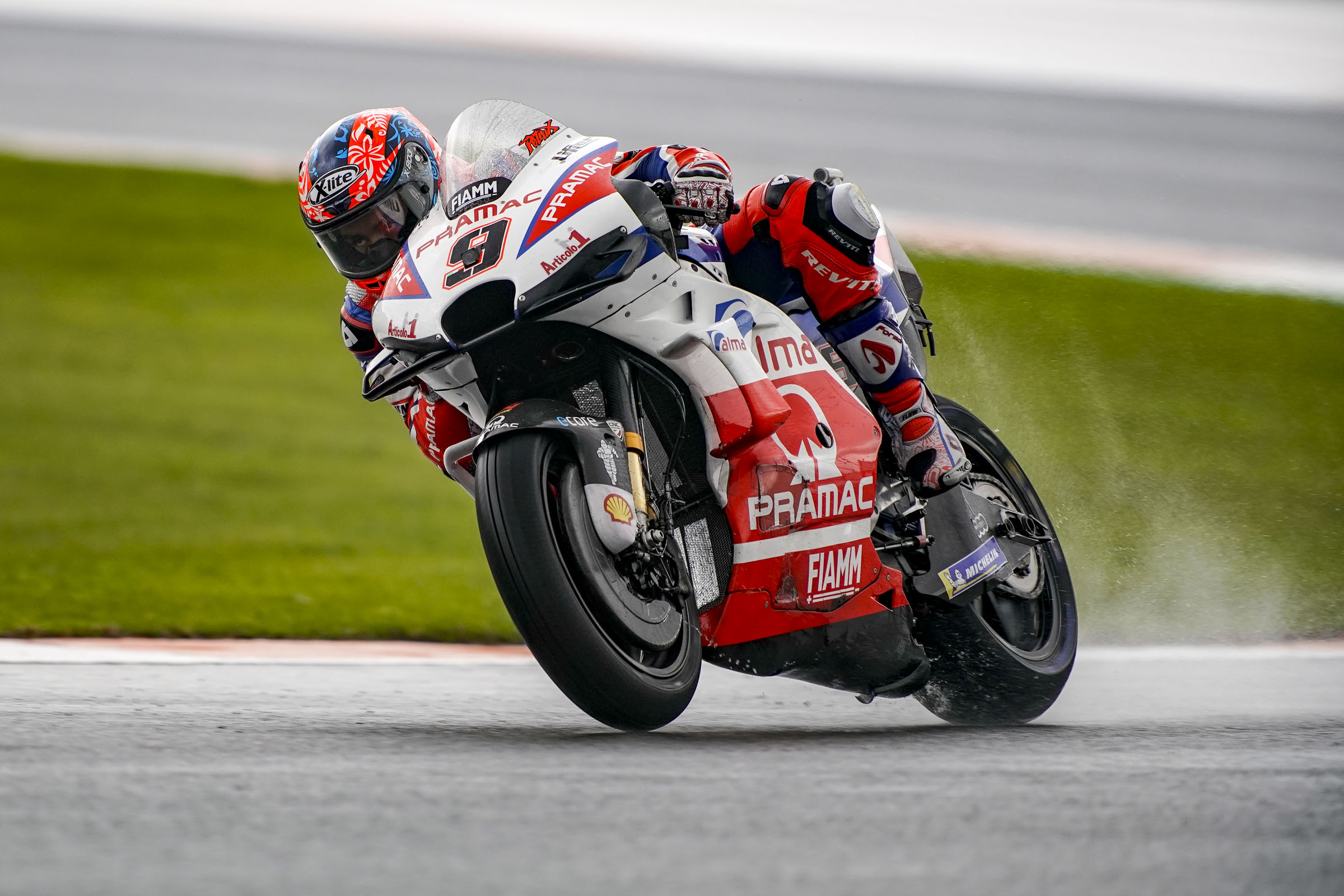 Under the heavy rain of Valencia (both FP1 and FP2 red flagged due to track conditions), Danilo Petrucci and Jack Miller are the great protagonists of the free practice of the last round of the 2018 MotoGP season.

In FP1 Jack and Petrux are constantly in the virtual front row. Jack ends up in second place (behind Marquez) although in the last lap he pushes to the maximum and crashes after lighting the red helmet in the second sector.

Danilo (third fastest in FP1 just 34 thousandths of a second behind his teammate) is dominant in FP2 with even more rain. The rider from Terni finished in first place with 4 tenths of a lead over Marquez.

Miller and Petrucci finish the first day of free practice respectively in second and third position (behind Marquez) in the combined standings. 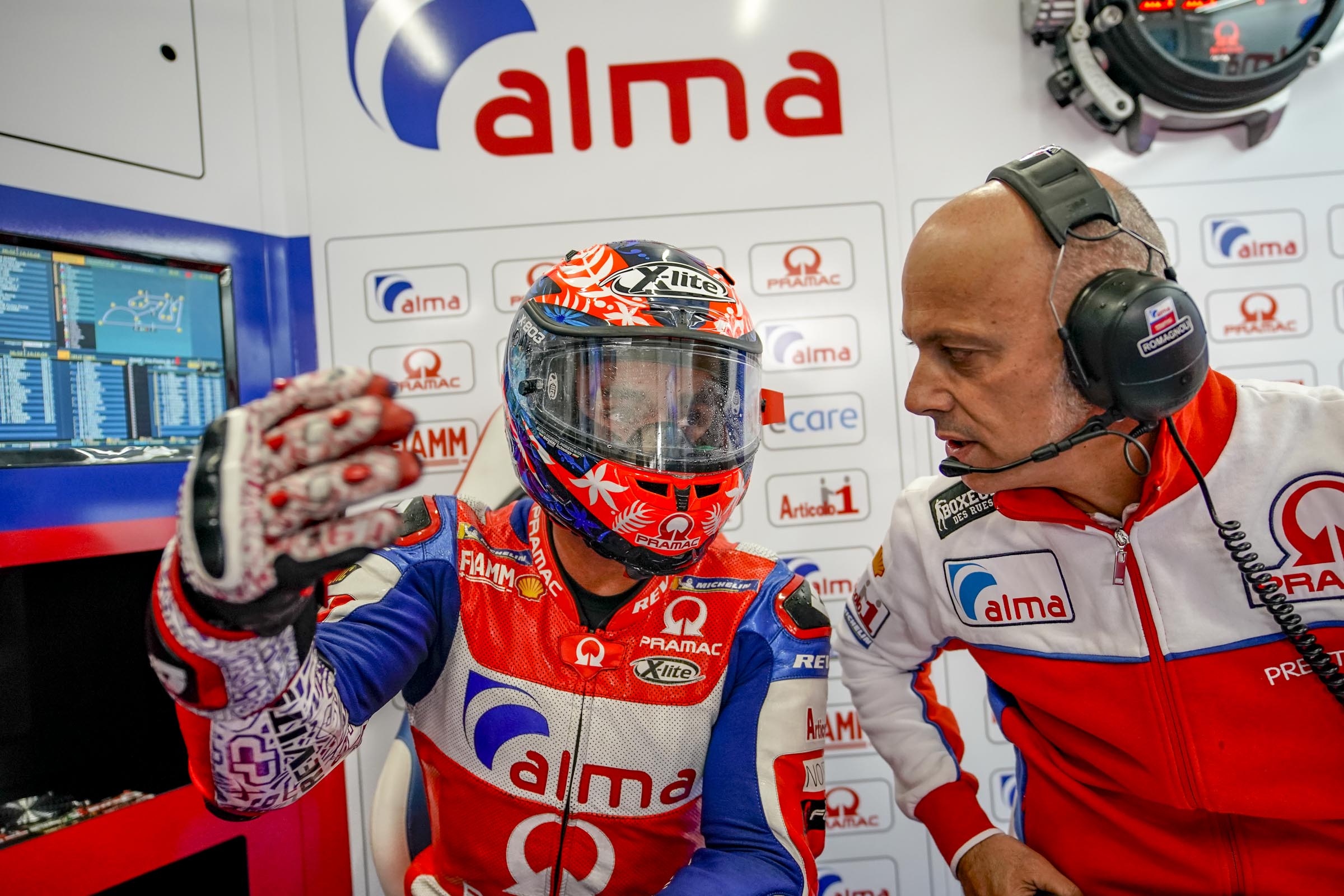 “The conditions we found in FP2 are better for me. However, I have to admit that in some parts of the circuit it was not easy as the visibility was really limited. But I am happy because the feeling was very good from the start”. 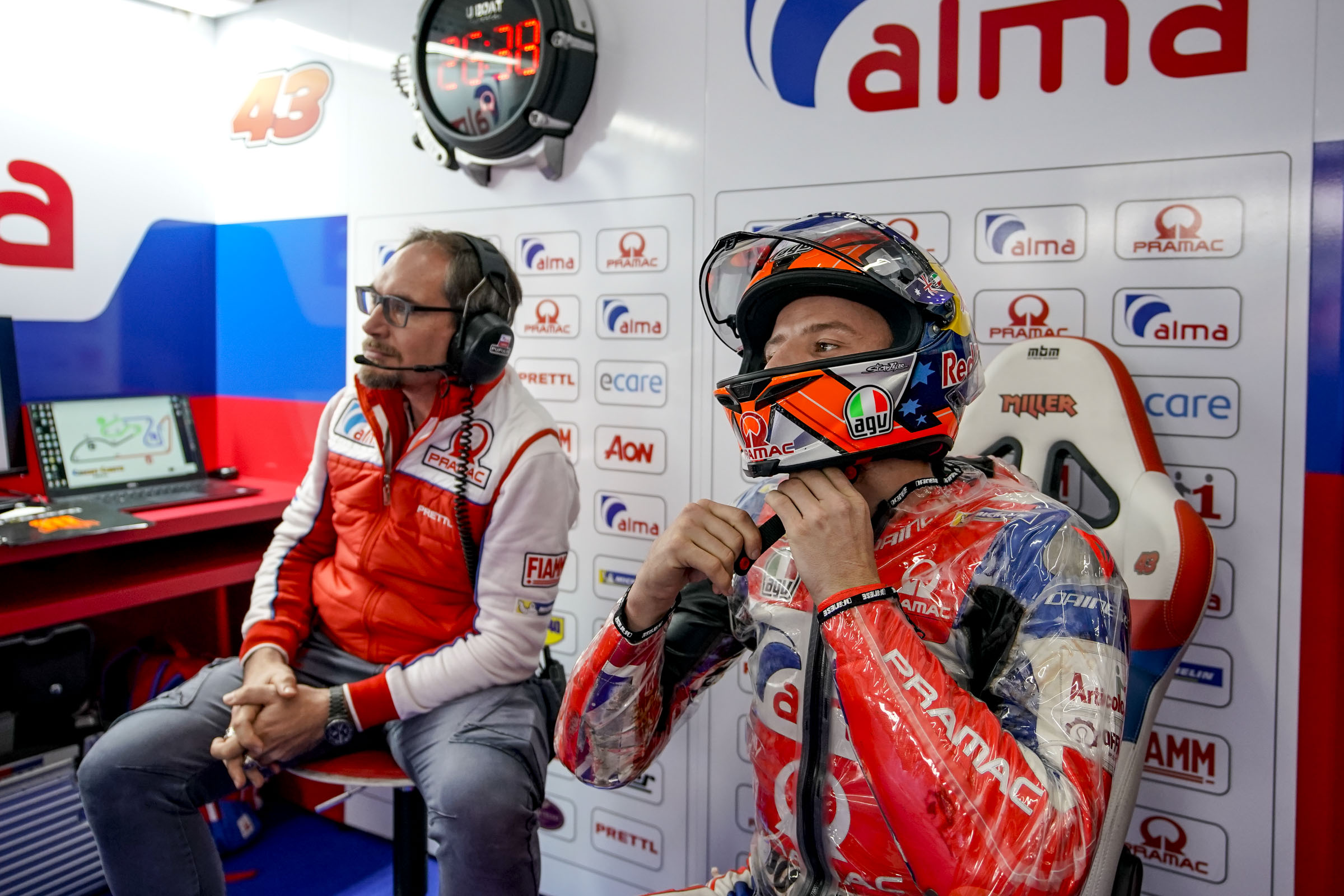 “The feelings are very positive. This morning we did very well and in the afternoon we preferred not to do too many laps not to wear out the soft rear tyre in sight of qualifying and the race. I’m satisfied.”