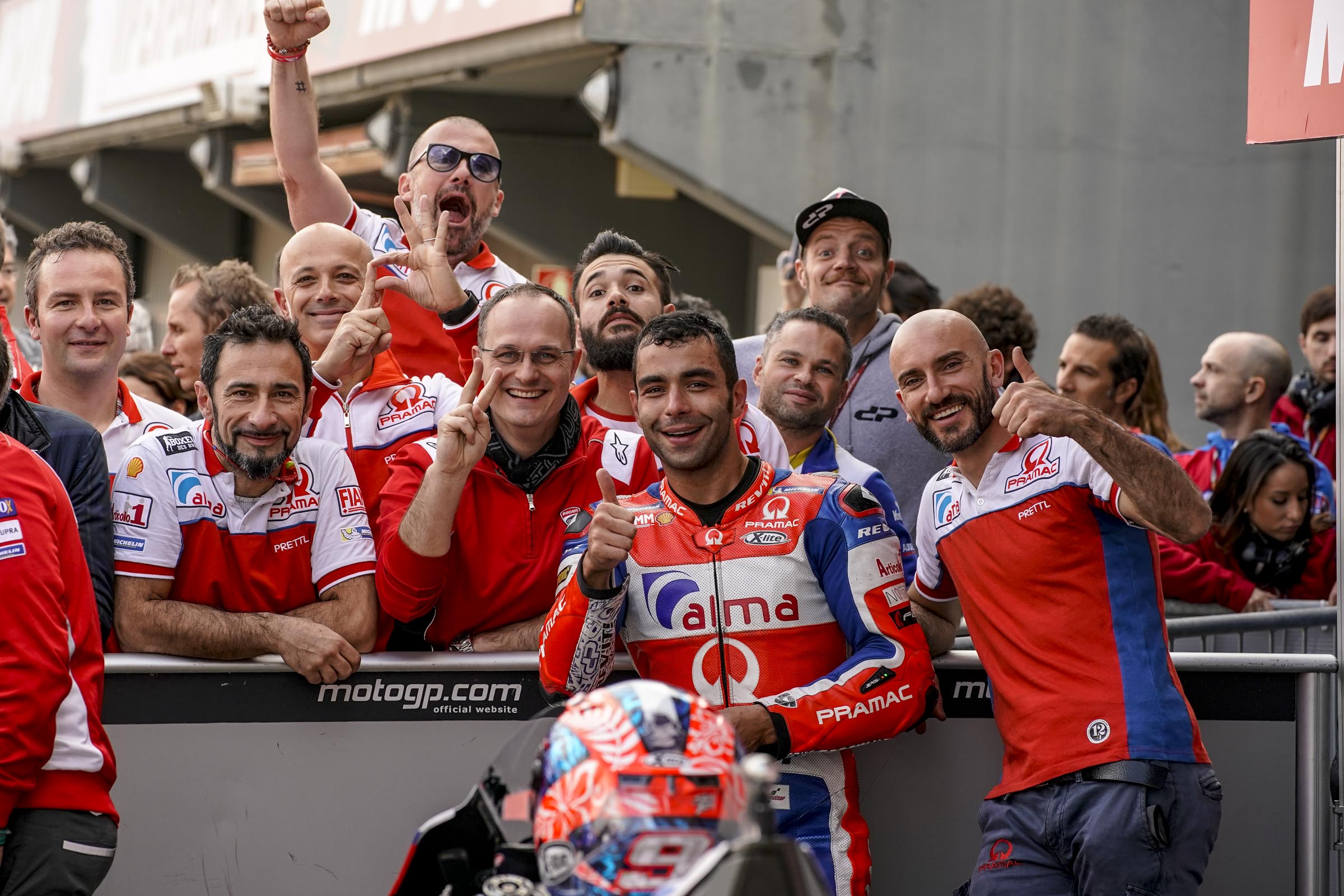 The Saturday of the #ValenciaGP gives great emotions to Alma Pramac Racing. After the superlative performances on Friday (Petrucci first in FP2, Miller second in FP1), the two riders of the Team from Siena confirm themselves at very high levels also in qualifying.

With the direct qualification to Q2 virtually achieved on Friday, Petrux continues to lap very fast and wins the FP3 as Jack finishes in P4 at just 2 tenths of a second from his teammate. 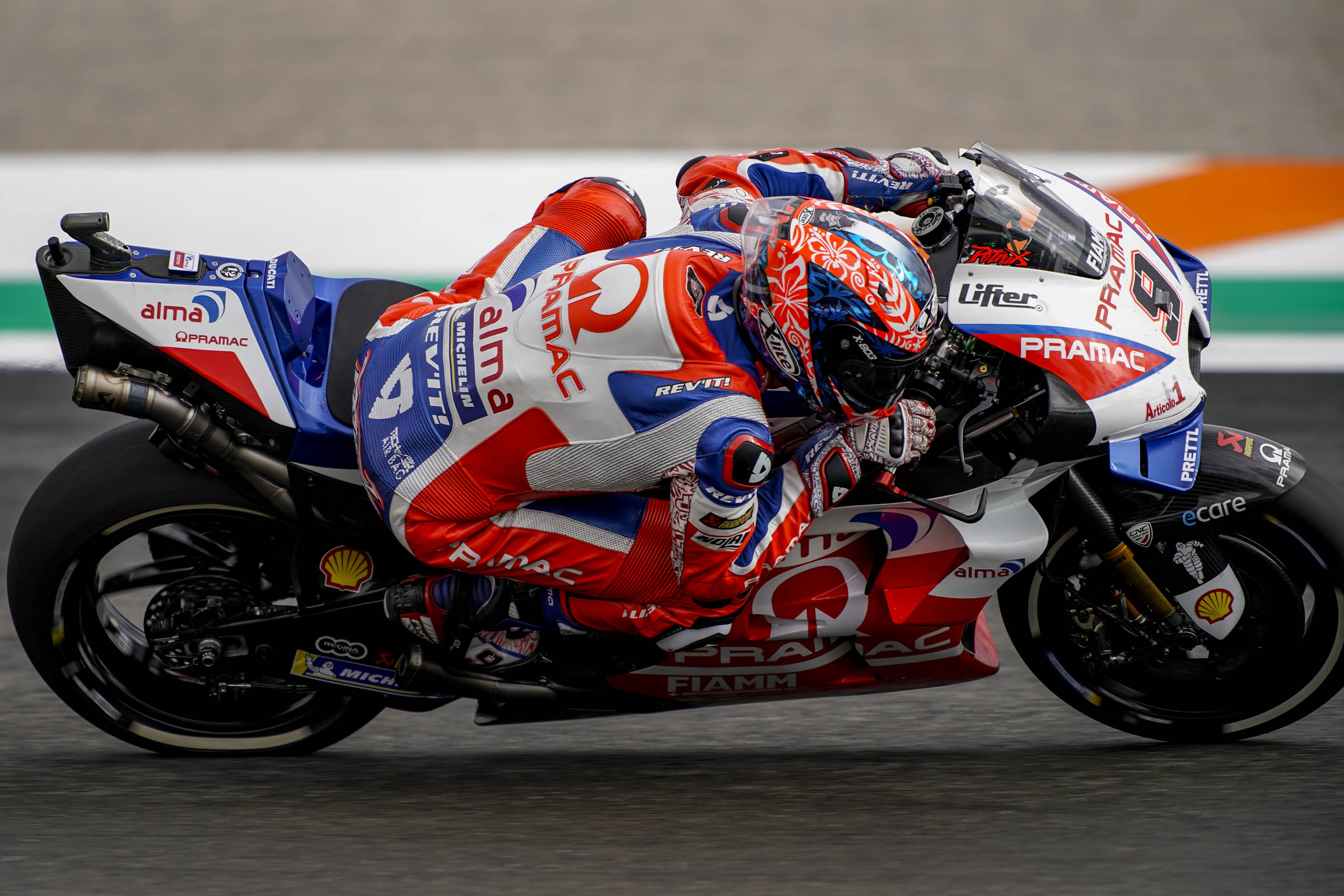 “I am very satisfied because we did well in both wet and dry conditions. Honestly there is a bit of disappointment because I could have won the front row but that’s okay. We are competitive but it is clear that in rain I will feel better this week end”. 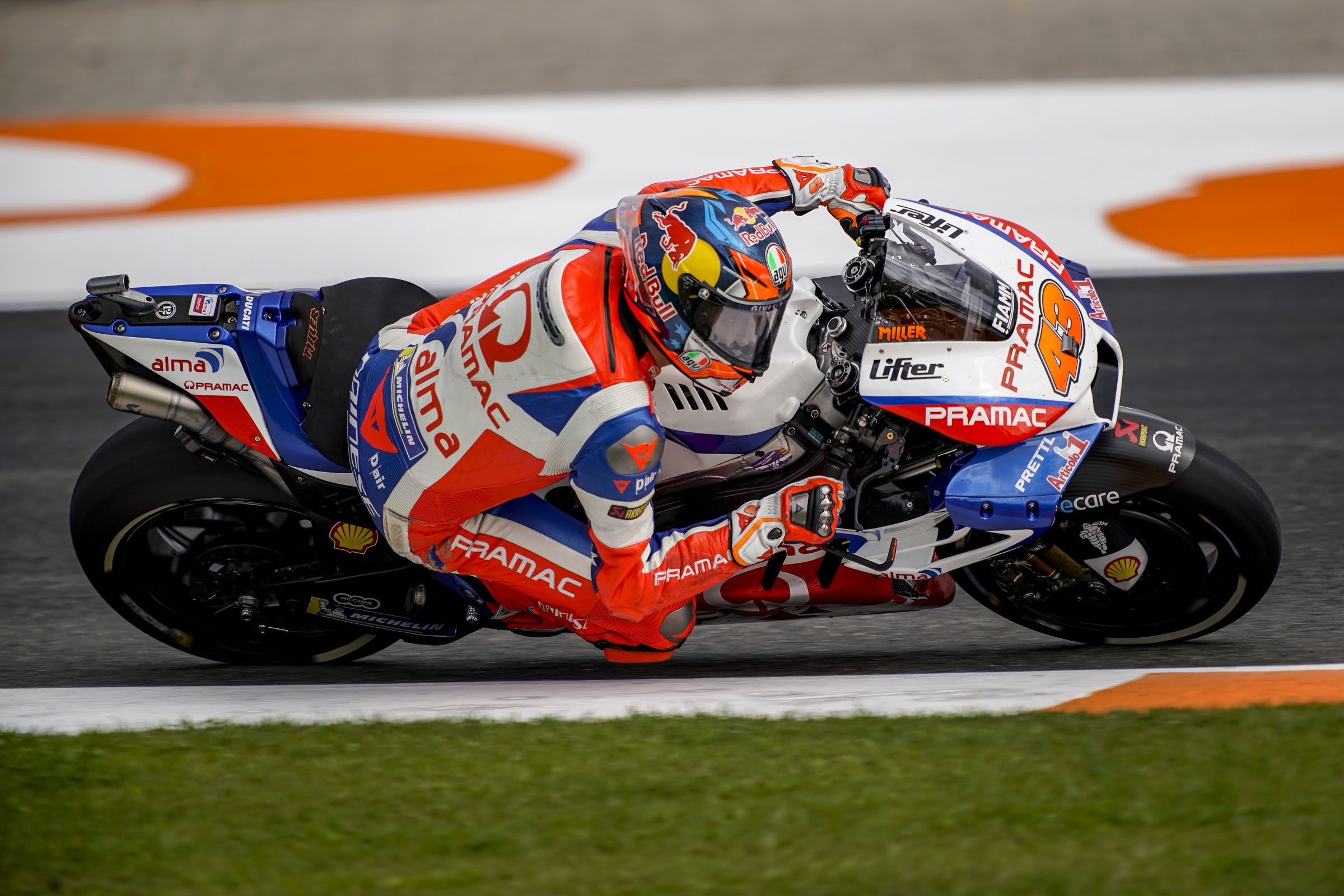 “I’m disappointed. I was convinced that I could qualify well and I pushed hard but I crashed. I have to find a better feeling with the front tyre but the race pace is very interesting. I am confident that I can have a good race tomorrow”.