#ArgentinaGP FP. Splendid start for Jack: P2 in both FP1 and FP2. Pecco improves lap by lap and finishes very close to the Top 10 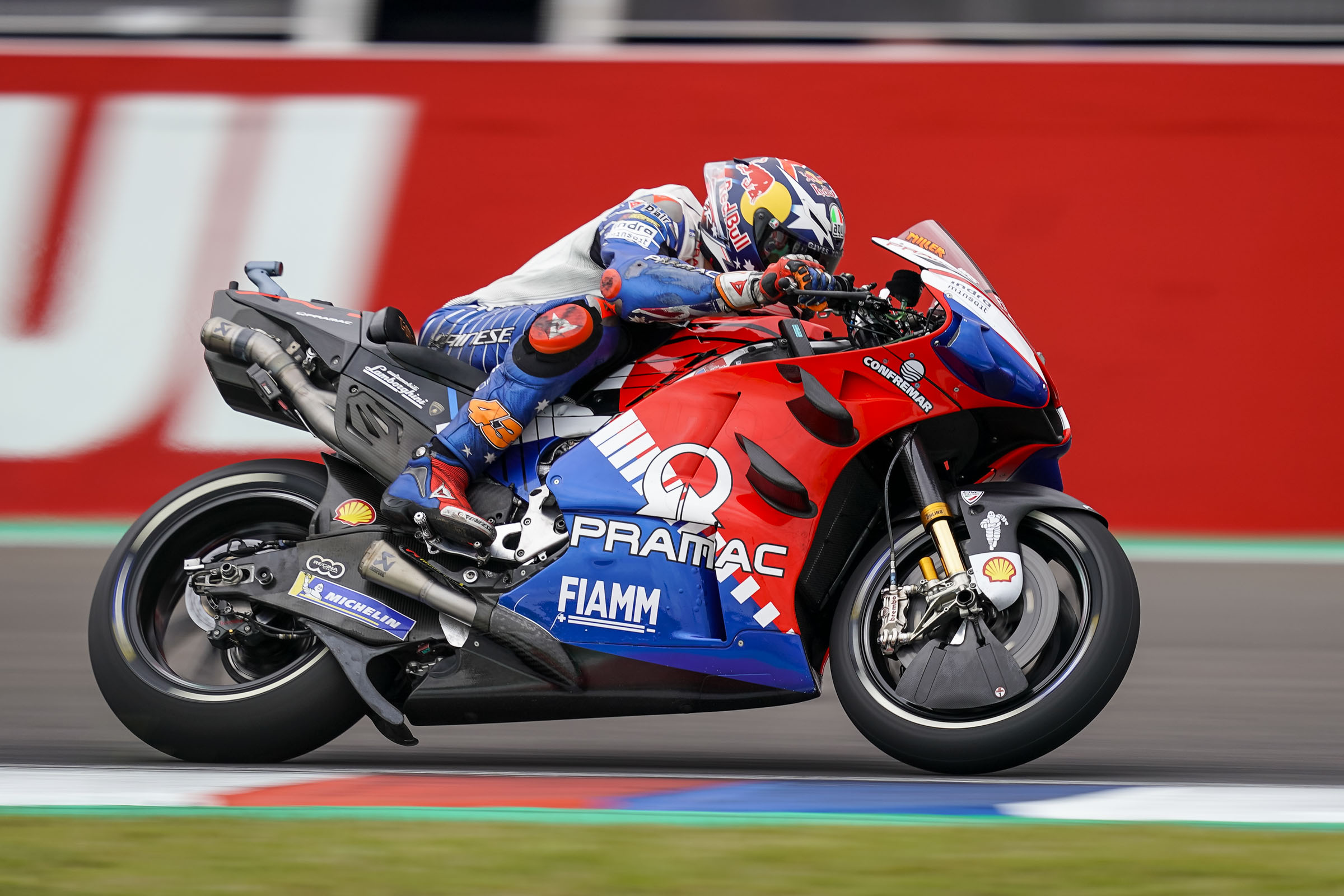 The first day of free practice of the Grand Prix de la Repubblica Argentina finishes with extremely positive indications for Pramac Racing. Jack is very fast and concludes both sessions in second place while Pecco takes a big step forward in FP2.

Here are the high lights of the free practice on the circuit of Termas de Rio Hondo.

Jack proves to be at ease on the Argentinean circuit and is constantly in the top positions. In the last lap of the session, he set the second fastest time behind Marquez.

Pecco laps for the first session in MotoGP at Termas de Rio Hondo. The Italian rider takes advantage of FP1 to become familiar with the circuit.

Jack pushes hard also in the second free practice session. A slide without consequences in the first run (red helmet after the first 3 sectors) doesn’t deconcentrate him and in the last time attack he notches up a great time, finishing only 9 thousandths of a second behind Dovizioso.

Pecco makes important steps forward by improving lap after lap his race pace. The Italian rider is also incisive in time attack lowering by more than two seconds his best time recorded in FP1 and finishing less than 2 tenths of a second off the Top 10. 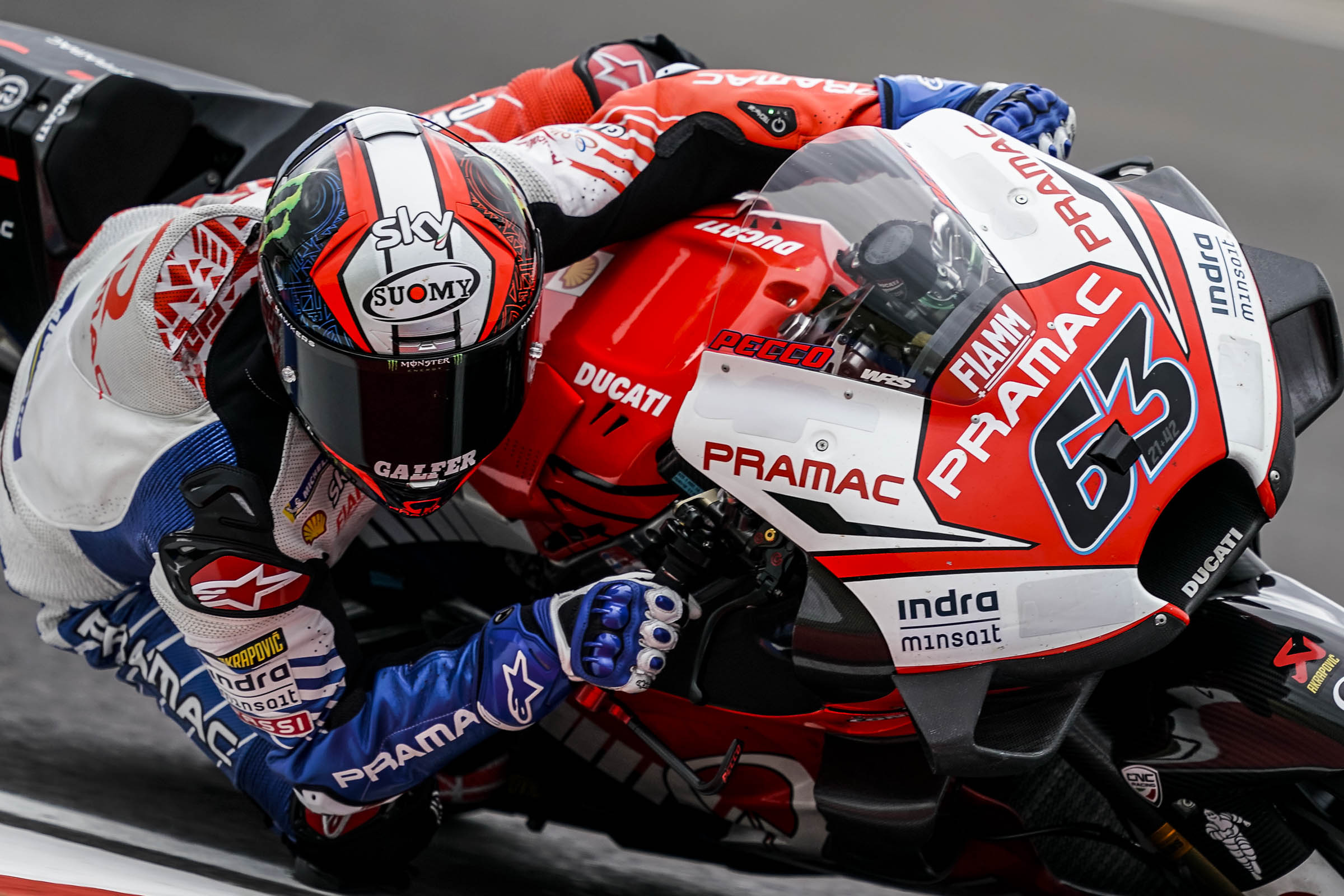 “I’m happy because in FP2 we’ve improved a lot. It’s not easy to find the feeling right away on a track where we didn’t test. We are very close to the Top 10 and there is great confidence. I also thank the Clinica Mobile: I had a pain in my right arm and after the FP1 they did a great job”. 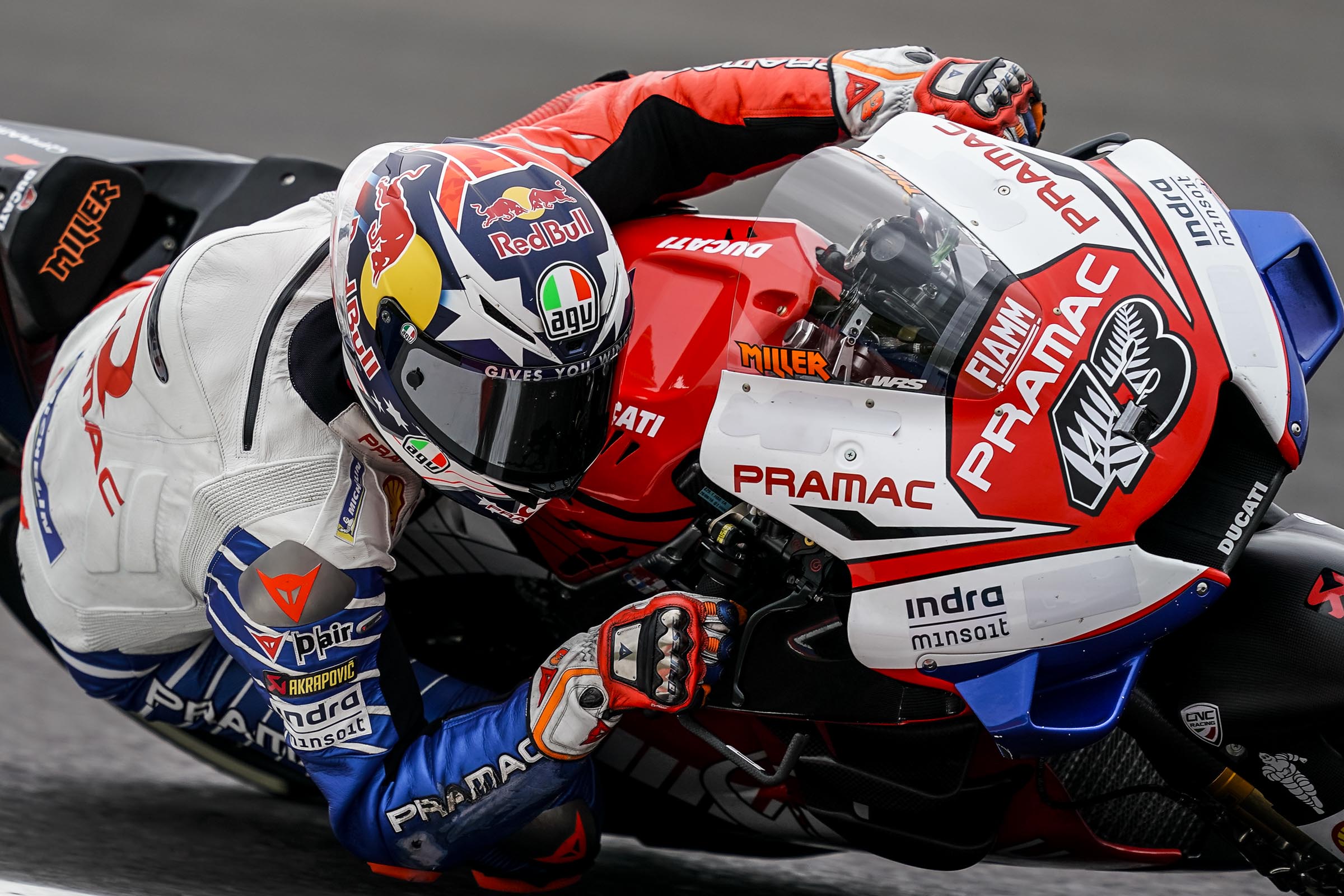 “I am very satisfied with this first day. The feeling with the bike is very positive and in both sessions we were able to ride with great incisiveness both with the used tires and with the new tires. It’s a shame about that small slide that didn’t compromise our work anyway”.