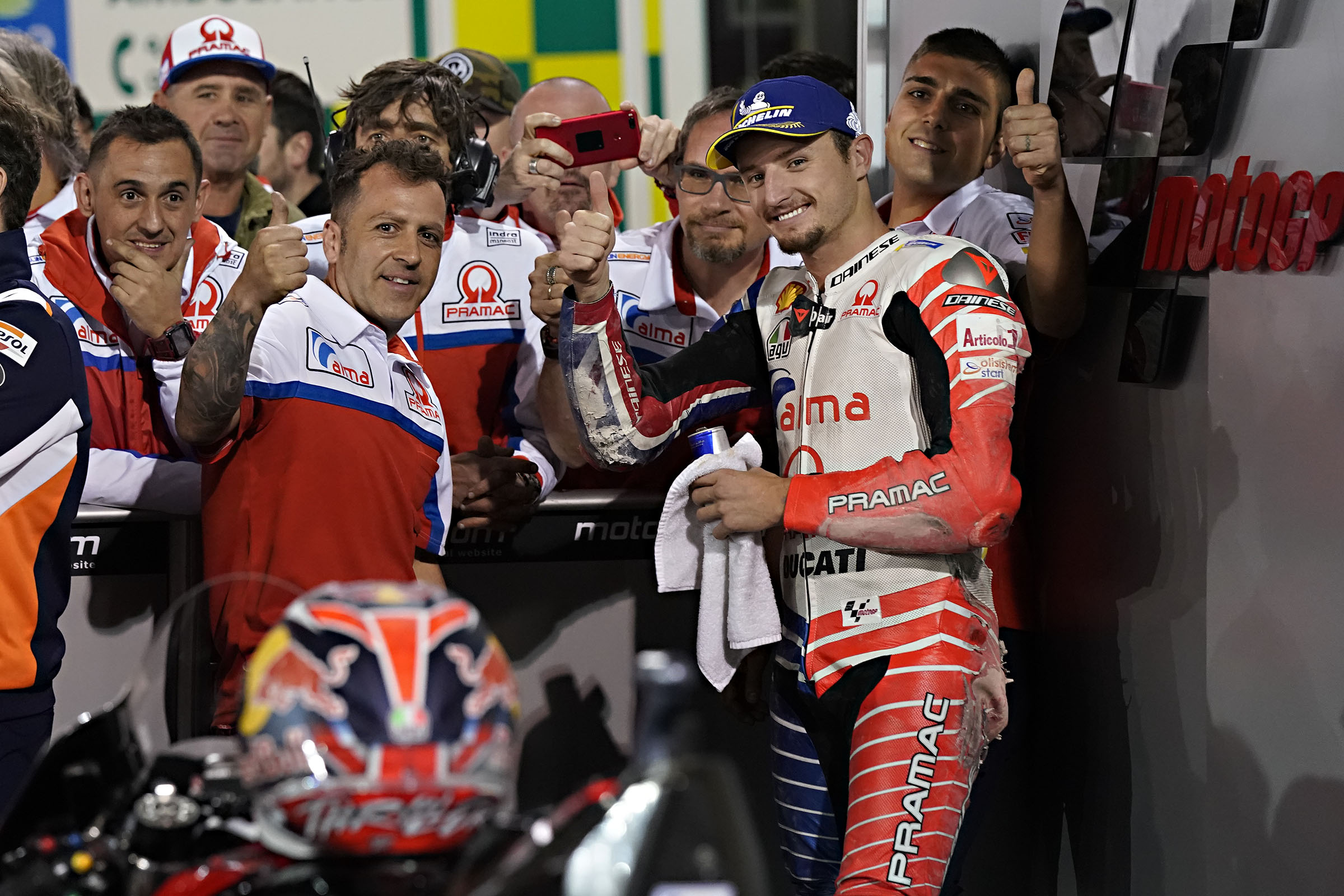 After an exciting qualifying, Jack Miller and Francesco Bagnaia will start respectively from the second and fifth row tomorrow on the grid of the Qatar Grand Prix, first round of the 2019 MotoGp season.

Here some of the high lights of Saturday’s qualifying at the Losail International Circuit in Doha.

P2 Bagnaia (1’54.740) – Pecco pushes hard and gets the second lap-time, just 63 thousandths of a second from Marquez, but his chrono is not enough to hit the Q2.

P11 Miller (1’55.766) – With the third place on Friday, Jack is virtually in Q2 and, also due to the strong wind, he prefers to work exclusively on the race pace.

P4 Miller (1’55.092) – Jack is incisive with the soft-rear and medium-front and completes a very convincing session, two-tenths of a second from Petrucci.

P16 Bagnaia (1’56.077) – Same rubber choice for Pecco that, unlike most of the riders, goes on track with a set of used tires and records a good race pace.

P3 Bagnaia (1’54.472) – After the first run, Pecco is third, 1 tenth of a second from the qualification. In the last lap of the second run he is virtually in Q2 up to the third sector, but then he makes a small mistake and finishes just 40 thousandths of a second from the goal.

P4 Jack (1’53.809) – After a first “tactical” run, Jack set the second-fastest time in the first lap of the second time attack but then he crashes at turn 2 and has no chance to improve. In the last seconds, Marquez takes his third place for 64 thousandths of a second. The Australian still celebrates at parc ferme his fourth position as First Independent rider. 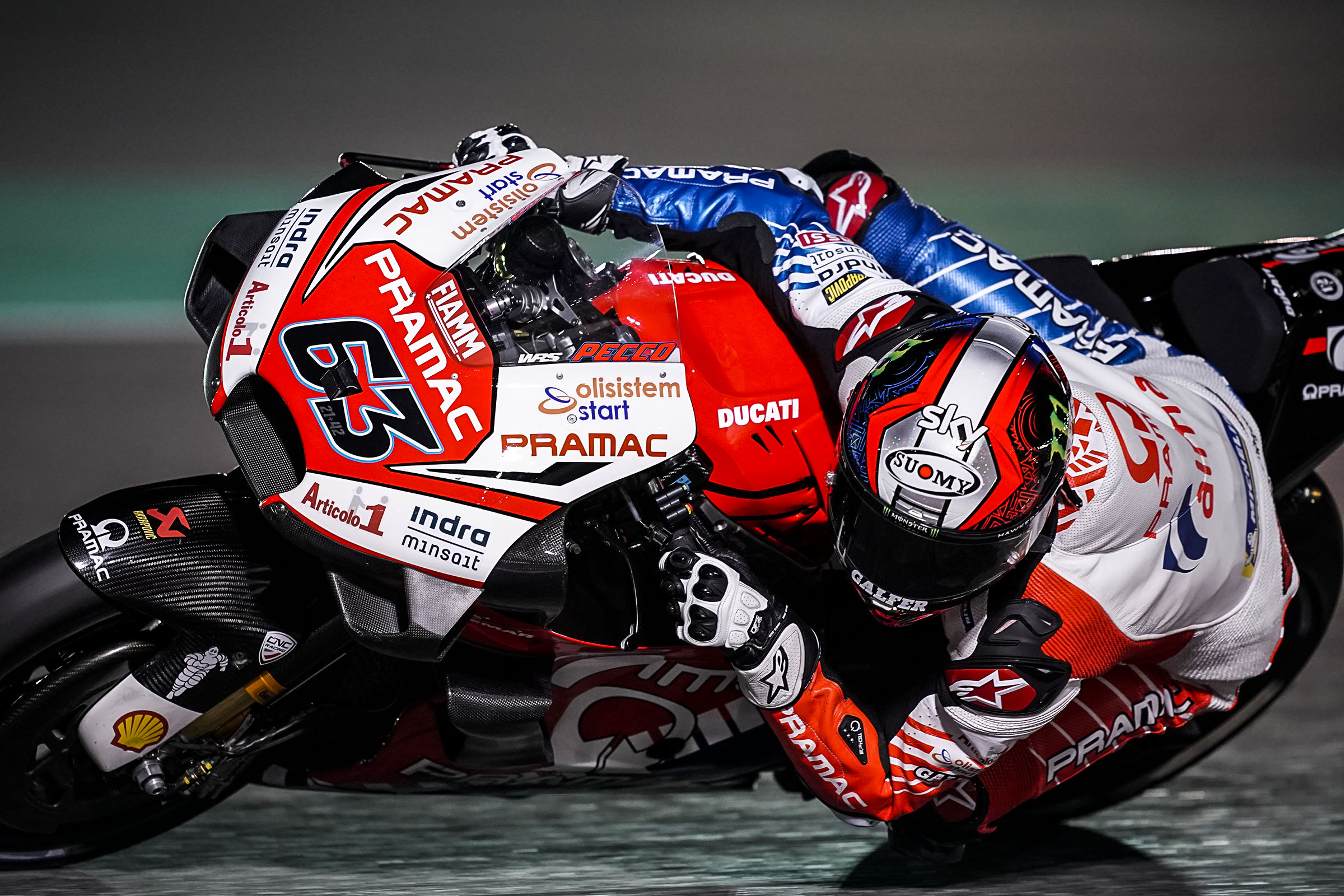 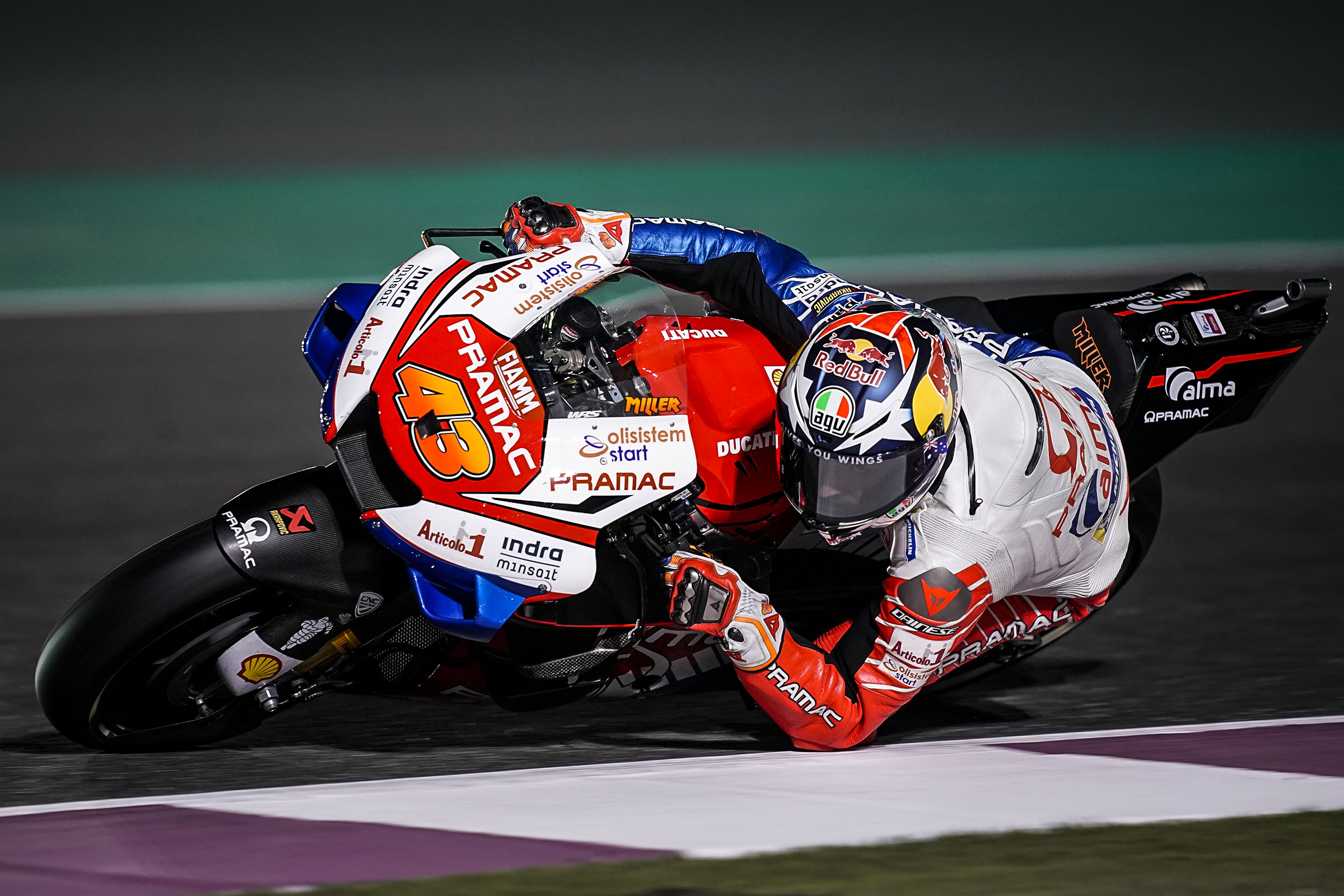 “Unfortunately the crash that didn’t allow me to complete the second lap. I’m sure I could have ended up with the front row. However, I am very satisfied with what we did today, especially in the FP4 with a long run where the race pace was very positive”.