#CatalanGP FP. Pecco starts well and finishes in Top 5. Jack is very strong in FP2 even without trying the time attack. 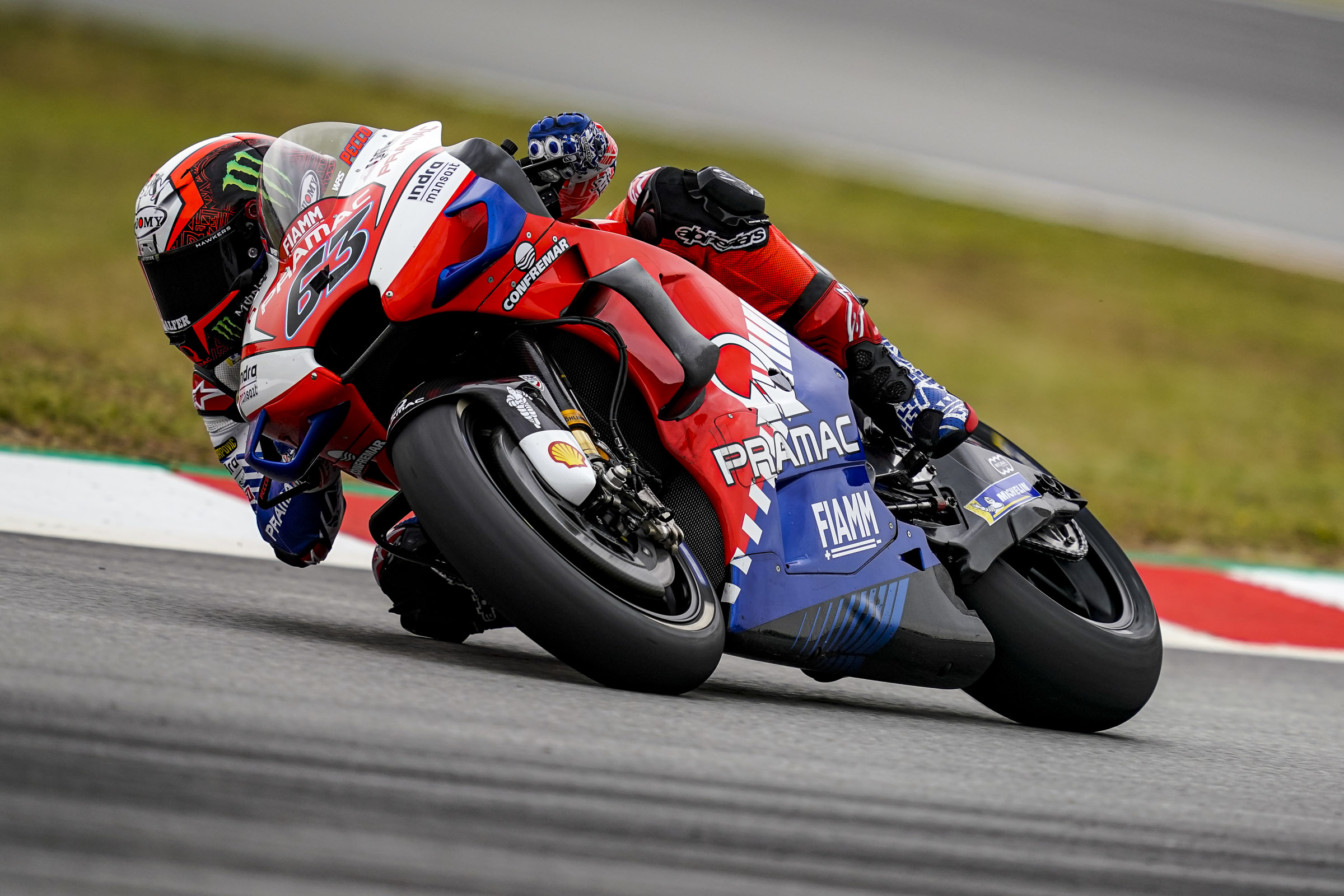 The numbers of the Monster Energy de Catalunya Grand Prix FP2 are really surprising with the top 5 riders in just 3 tenths of a second and the top 19 in less than second. Francesco Bagnaia is the protagonist of a great time attack and is fifth after the first day of free practice. Jack Miller starts out great but the used tyres in the FP2s don’t allow him to enter the Top 10.

Jack gets off to a good start in Barcelona. The Australian rider laps consistently and finishes the first session (with used tires) 3 tenths of a second from Marc Marquez – one of the few to have used the soft tire.

Pecco works on the set up without looking for the fastest lap. The Italian rider ends 19 laps with a laptime very close to the Top 10.

Pecco manages to set a great time attack in the second half of the session after having encountered some difficulties in the early laps.

Jack’s final laptime is not indicative. Miller enters the track with the soft tires and immediately sets the best laptime. In the final time attack he uses the same tyres that do not allow him to be incisive and finishes P16 ahead of Marc Marquez. 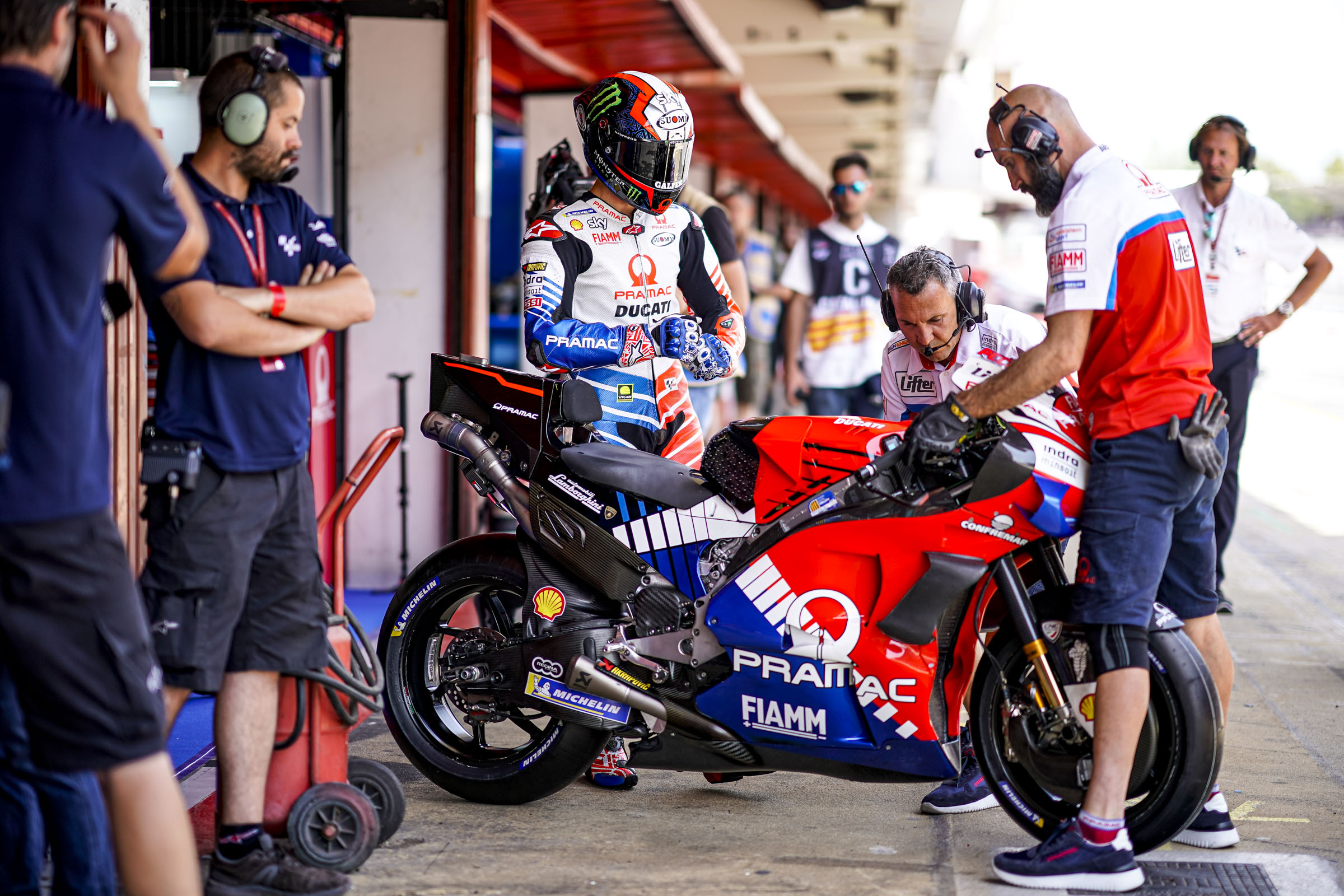 “I am satisfied with the final laptime but in the first part of the FP2 the feeling was not good. Then we put the soft tires at both the front and the rear and the bike was back to being very performing. Tomorrow we will also work on how to make better use of the tires”. 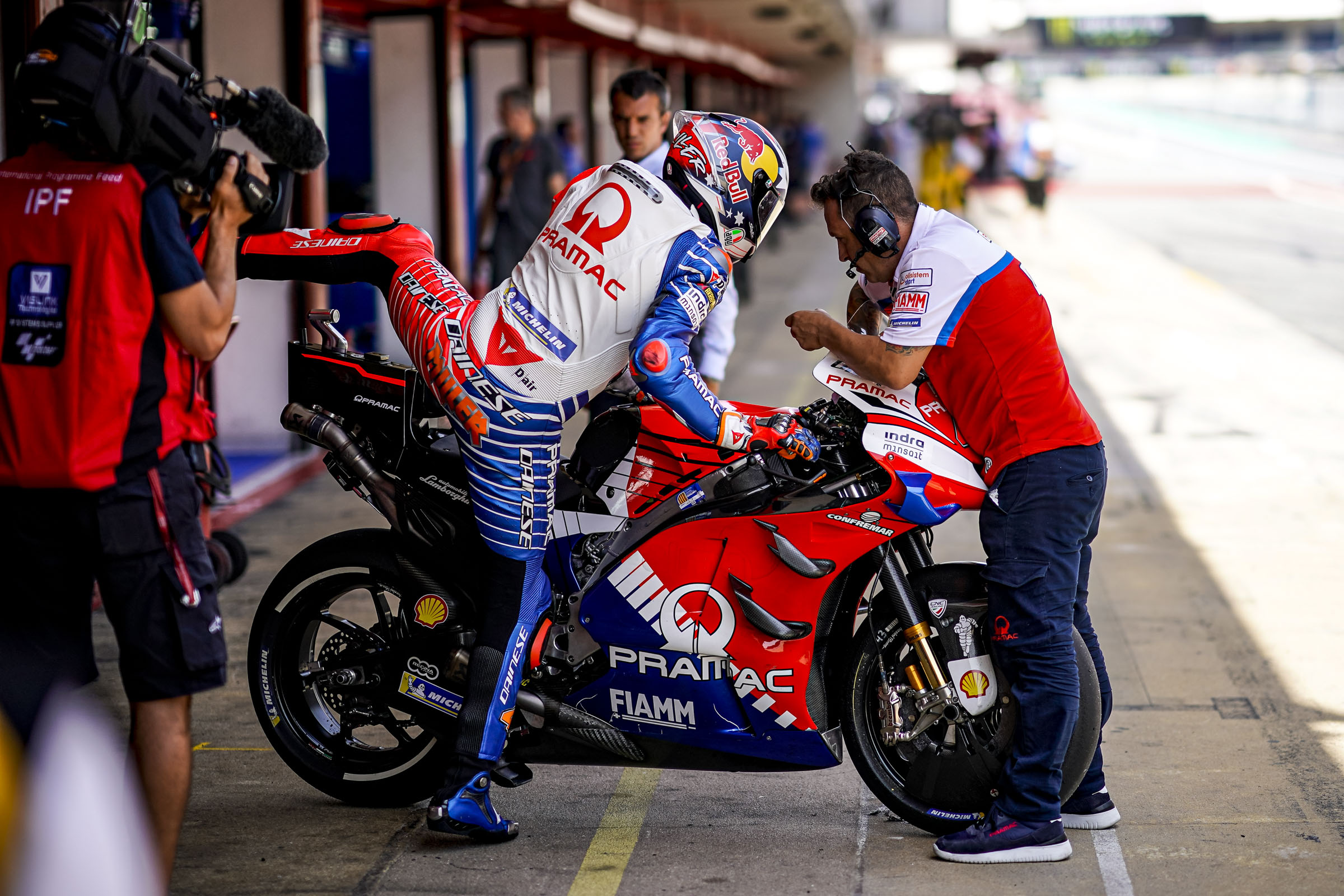 “Generally a positive day. The feeling with the bike is very good even though in the second part of the FP2 the soft tires I used didn’t allow me to push. We collected some important data for the race. There is still a lot of confidence for tomorrow’s qualifying”.