Home/News/#CzechGP Quali. Jack powers to a superb front row at the end of a stunning qualifying. Positive Q1 for Pecco who fights until last lap.
Grand Prix České republiky - Qualifying


#CzechGP Quali. Jack powers to a superb front row at the end of a stunning qualifying. Positive Q1 for Pecco who fights until last lap. 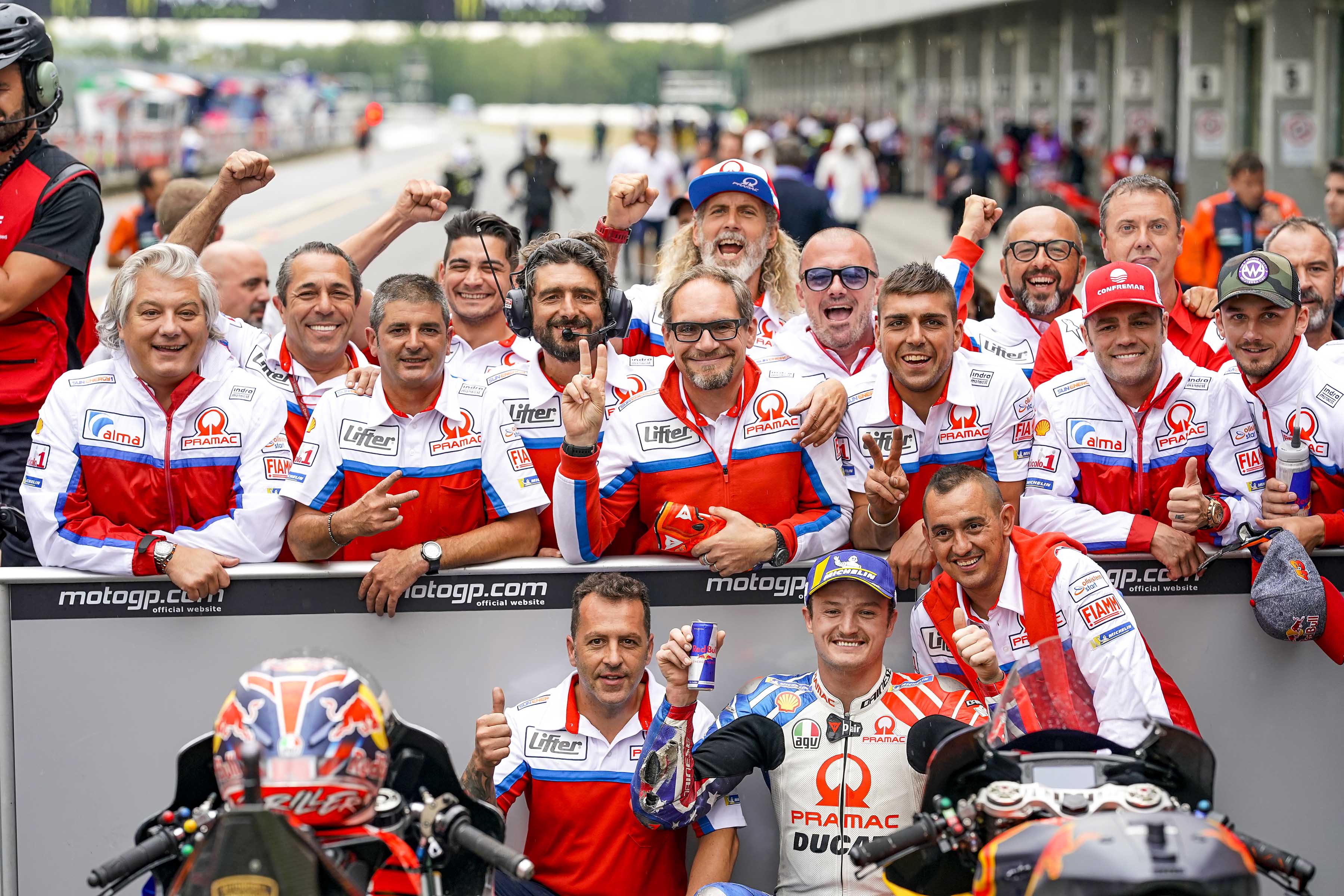 The qualifying for #CzechGP gave Pramac Racing a lot of emotions as Jack Miller conquered a superb second place and Francesco Bagnaia reacted after the difficulties of Friday fighting hard in a positive Q1.

The rain that has fallen since the morning has in fact made the FP3 useless. Jack (qualified directly to Q2 thanks to the third chrono in FP2) entered the track with the rain tires immediately recording the fastest lap. When the track began to dry Jack went back to the pits to return to the track with slick tyres and tried to fight with Marquez for the pole position, celebrating a stunning second place at Parc Ferme.

Pecco fights hard in Q1. The Italian rider stays on track for the whole session with the same rain tyres and the strategy seems to be the right one. Three minutes from the end of Q1 he is in second position but then he has to settle for P4, just two-tenths of a second from Q2. Bagnaia will start tomorrow from row 4. 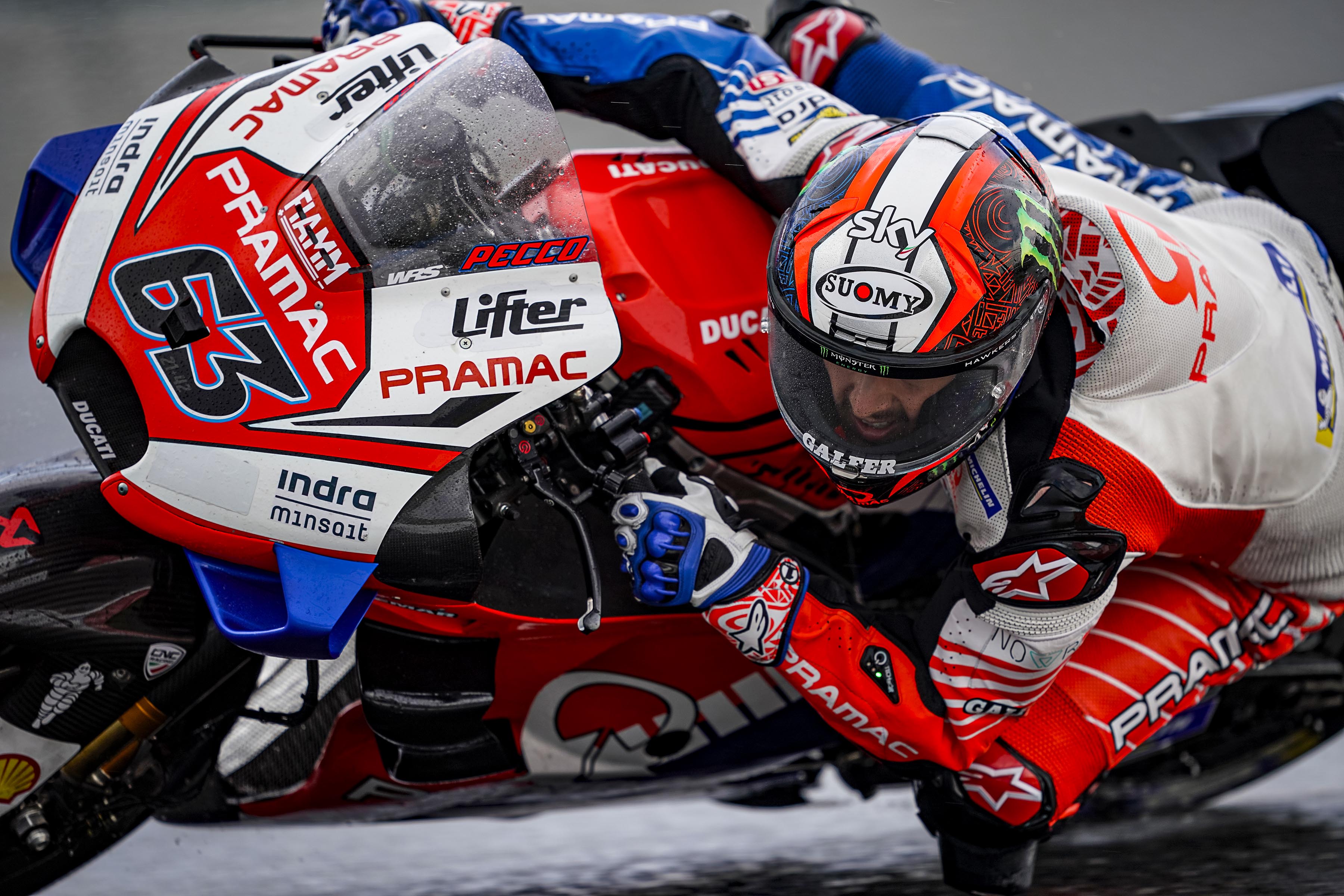 We made a small change between FP4 and Q1 and from the first lap, I felt the feeling was better. I was able to make better use of the tyres and at the end of the session, I was lapping very fast. It was a positive feeling in a weekend that started badly. I think we have found the right direction and now we have to work to replicate this feeling in dry conditions. 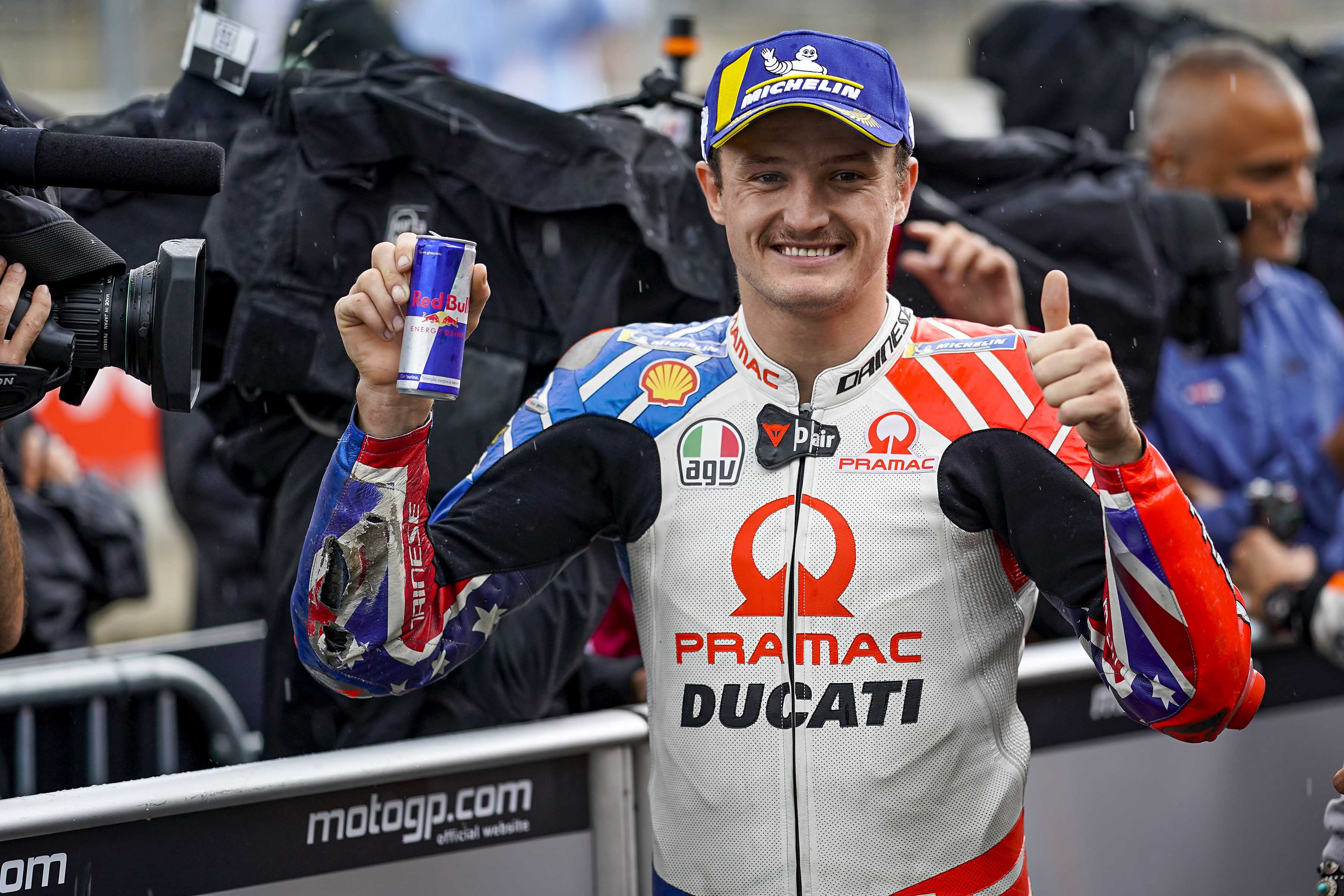 It was a very exciting qualifying. The decision to get back on track with slicks, after the first run in wet conditions, was risky but paid off. I tried to push as hard as I could to close the gap with Marquez but it started raining again on the last lap. I am still very happy with this result. We are doing a great job this weekend.