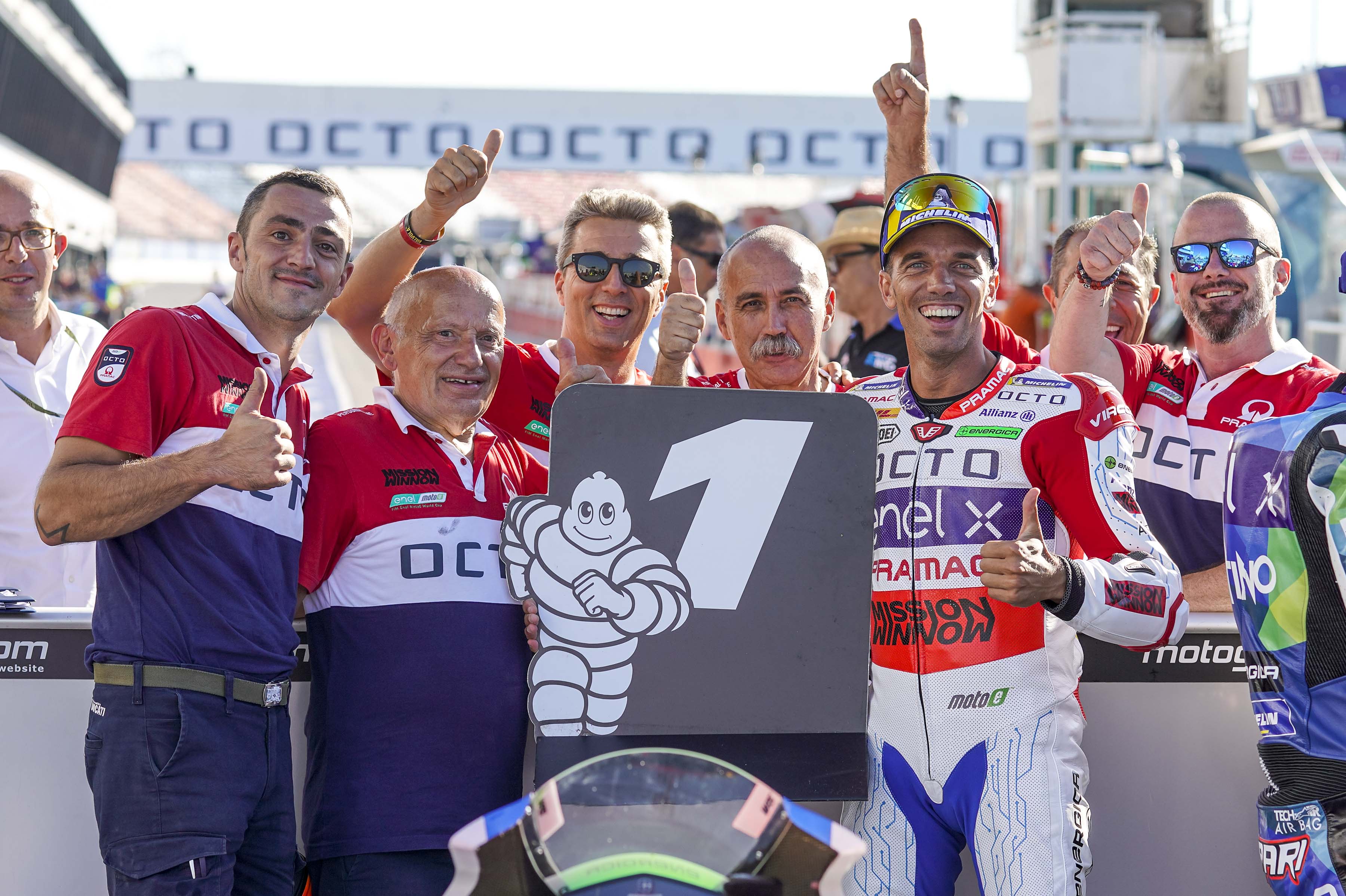 A fantastic Alex De Angelis conquers the craziest pole position in the MotoE season and will start from the first position in the two races of the Octo GP of San Marino and the Rimini Riviera scheduled tomorrow and Sunday at the Misano World Circuit Marco Simoncelli.

An extraordinary story for Alex who in his home GP has given great satisfaction to Octo, title sponsor of the Pramac MotoE team and the Grand Prix, after having encountered some difficulties in the free practice (P13). The Sanmarinese’s flying lap was perfect, and allowed him to remain in the Parc Fermé until the end of the E pole, then celebrating with his team the first pole position in MotoE.

Positive result also for Josh Hook who, after having become familiar with the Misano circuit for the first time, has played a good e-pole and will start tomorrow and Sunday from P12. 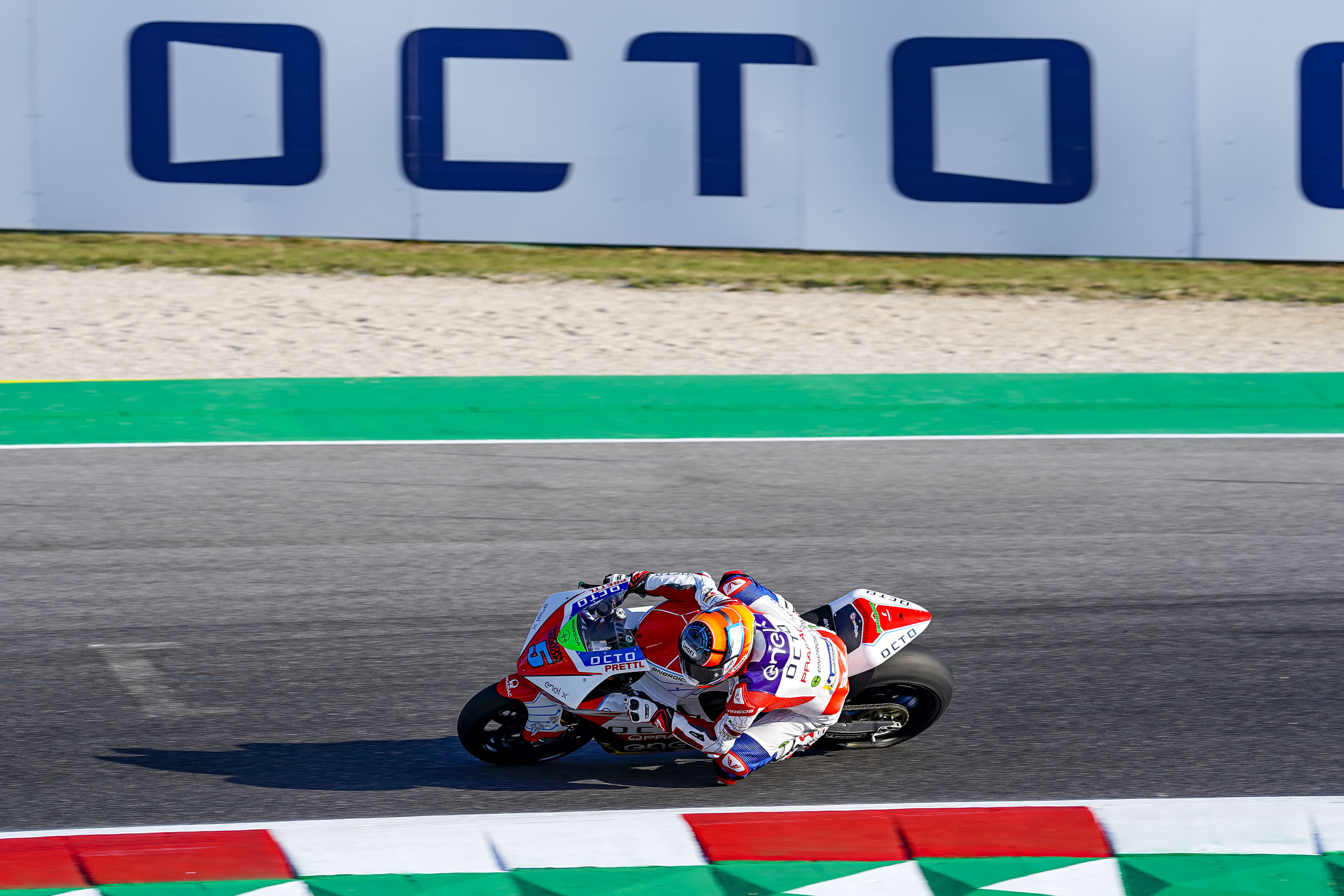 It’s a great satisfaction. I’m happy for the team, for our sponsor Octo, for all my fans who support me, especially here in my home Grand Prix. Thanks to the team that has made a masterpiece. Tomorrow and Sunday it will be important not to make mistakes. 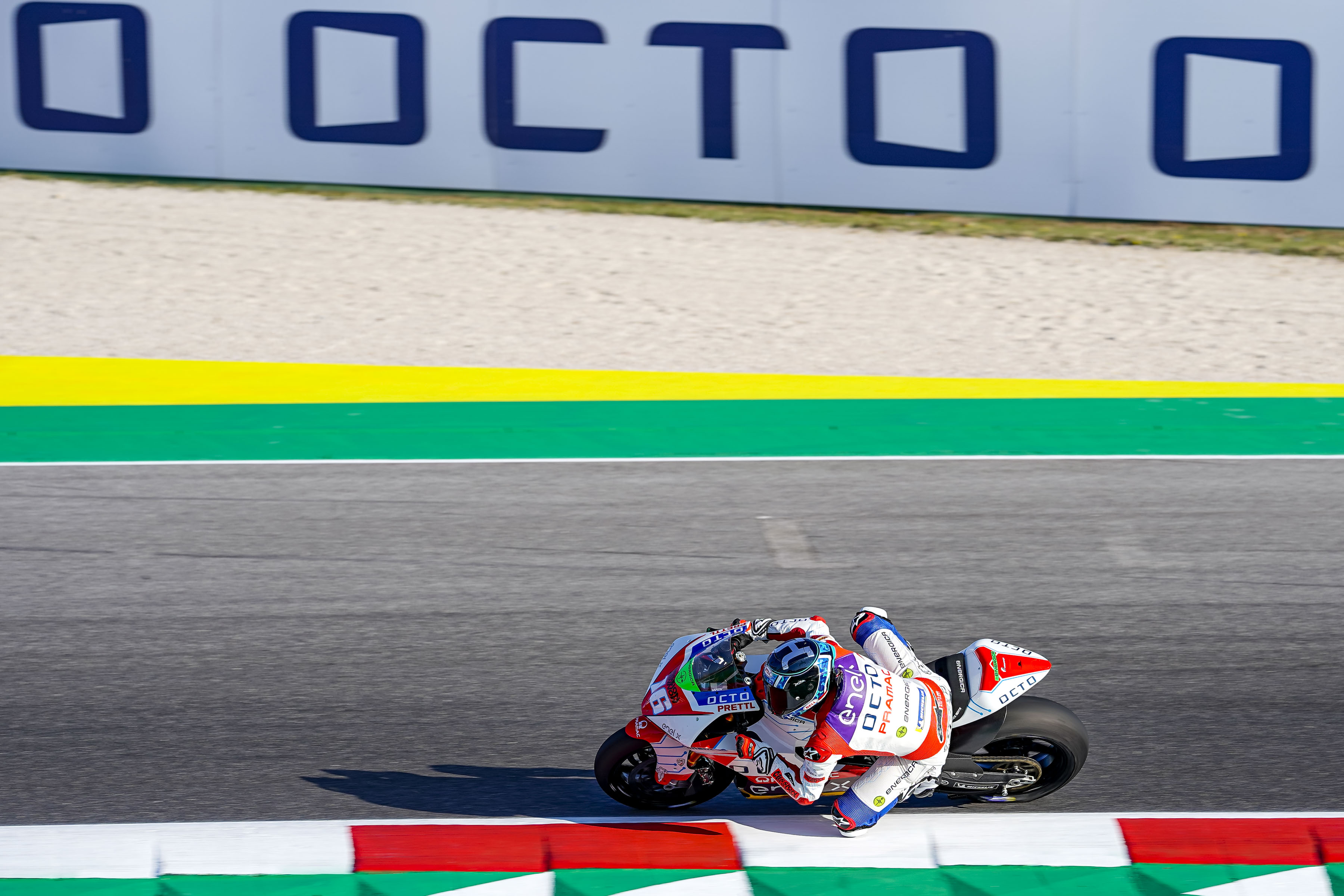 I didn’t get a perfect ride as I made some mistakes on the flying lap. But we have made important progress compared to the other races and the twelfth position on the grid is not bad. I think I can have two good races and I hope I can stay with the front group.