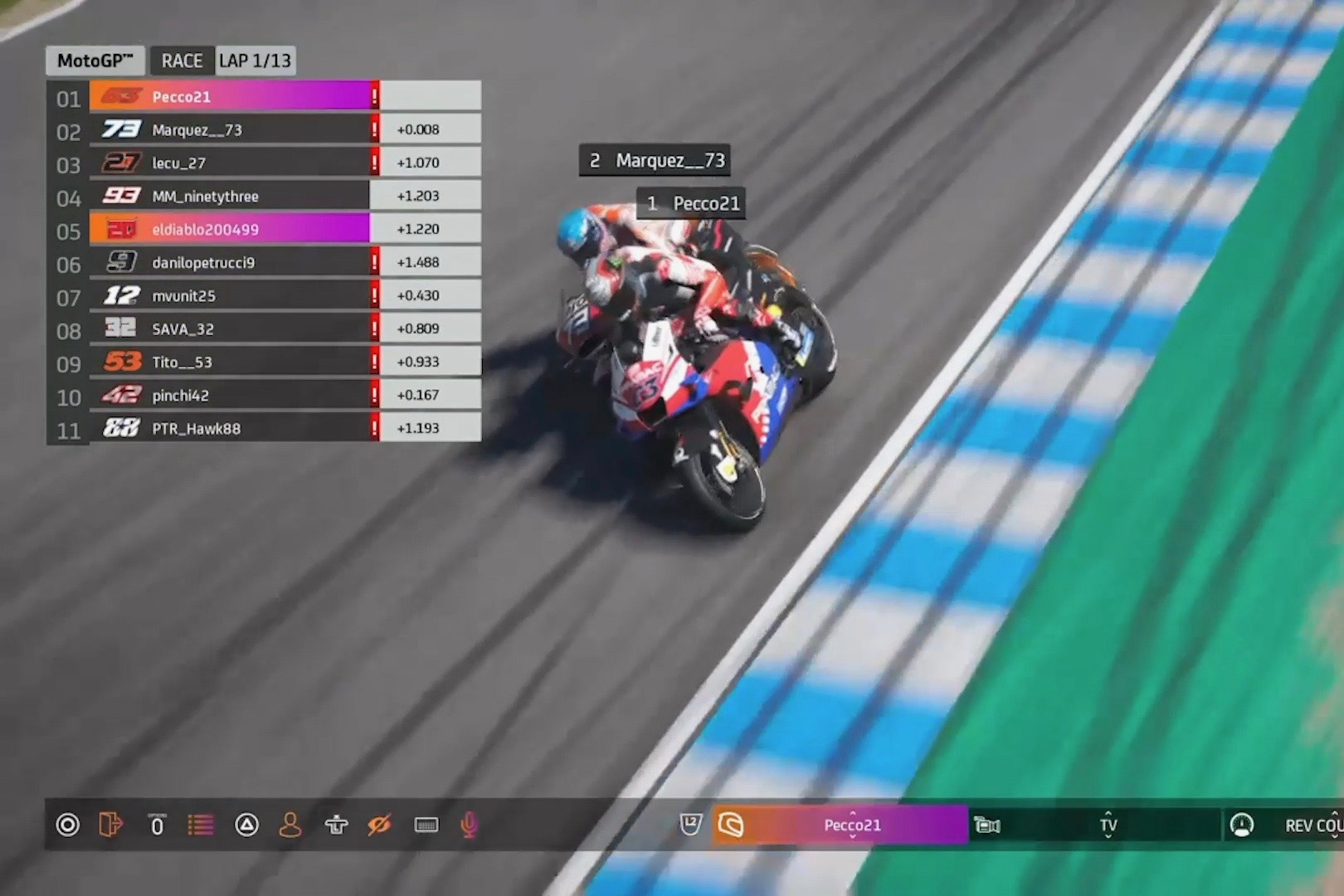 Pecco Bagnaia was on the Virtual Podium for the third time running.
The  Pramac  Racing Rider once again showed everyone his outstanding skills with the joystick.
This time he proved his amazing talent as a virtual rider at the Angel Nieto Circuit, at Jerez de la Frontera Spain where
the third Virtual GP was held.
Pecco qualifyied well, allowing him to start from the third position.
After an incredible race, which saw him mostly in the lead, with an advantage of almost 6 seconds over the other riders, he made a mistake that would cost him the winning place.
The race ended with Pecco Bagnaia in third position.
Another amazing result from the Pramac Racing Rider allowing him to hold onto his lead in this Virtual Championship.