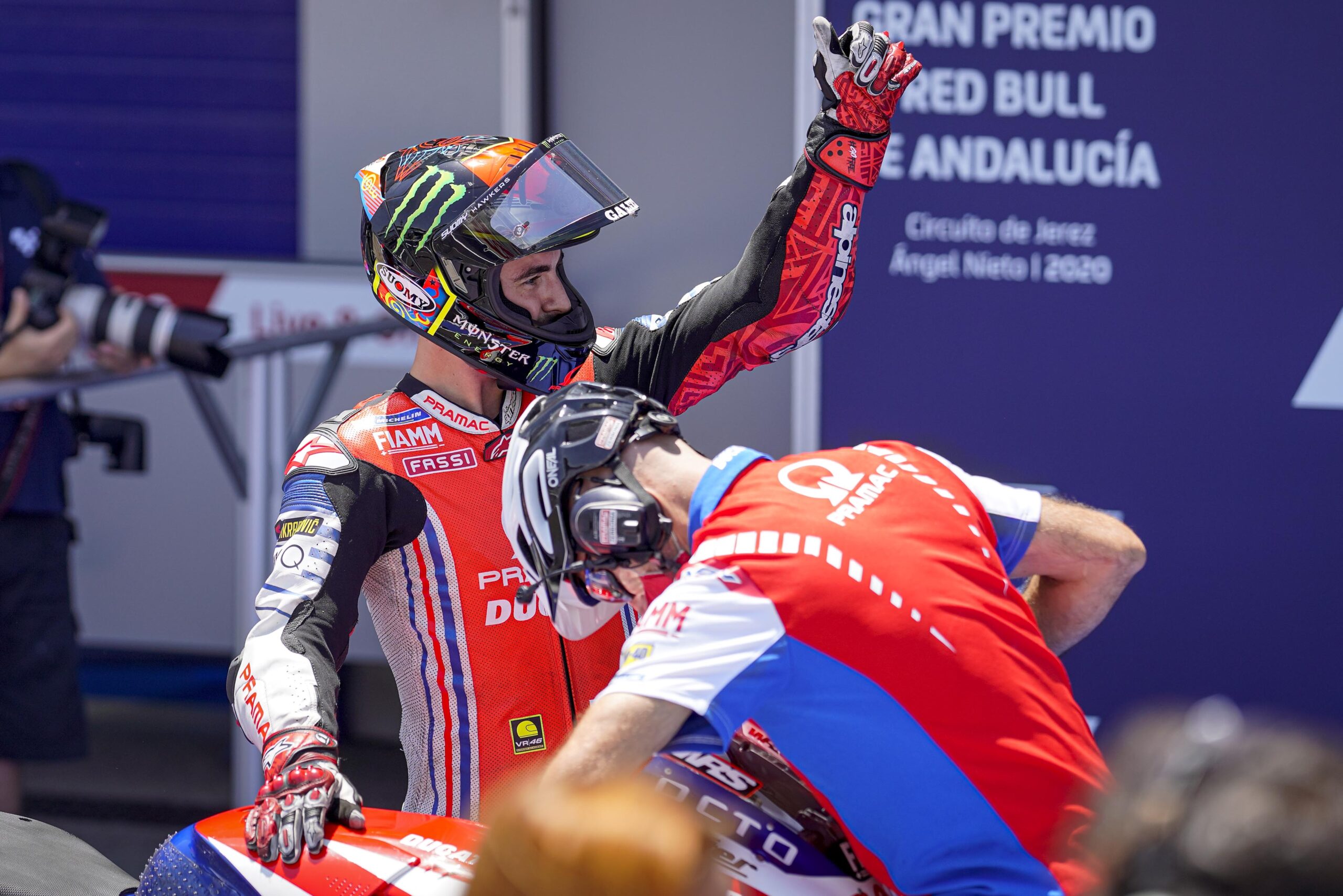 What a perfect Saturday for Pramac Racing at the Jerez – Angel Nieto circuit.
Francesco Bagnaia reached his first front row in his MotoGP career. Jack Miller finished seventh just 0.011 cents off the second row.
Thanks to an amazing FP3, closed in third and fifth place respectively, both Jack and Pecco had direct access to Q2 for the second weekend in a row.
Pecco pushed hard in the first run. In the second run he managed to improve his time.
The Italian rider ended in the 3th position with his best time of 1:37.176 (+ 0.169 from the leader).
Jack Miller was unable to make his best time during the first time attack, but in the second run he took a positive seventh place, with his best time of 1:37.423 on lap 8, that allowed him to start tomorrow with the leading group. 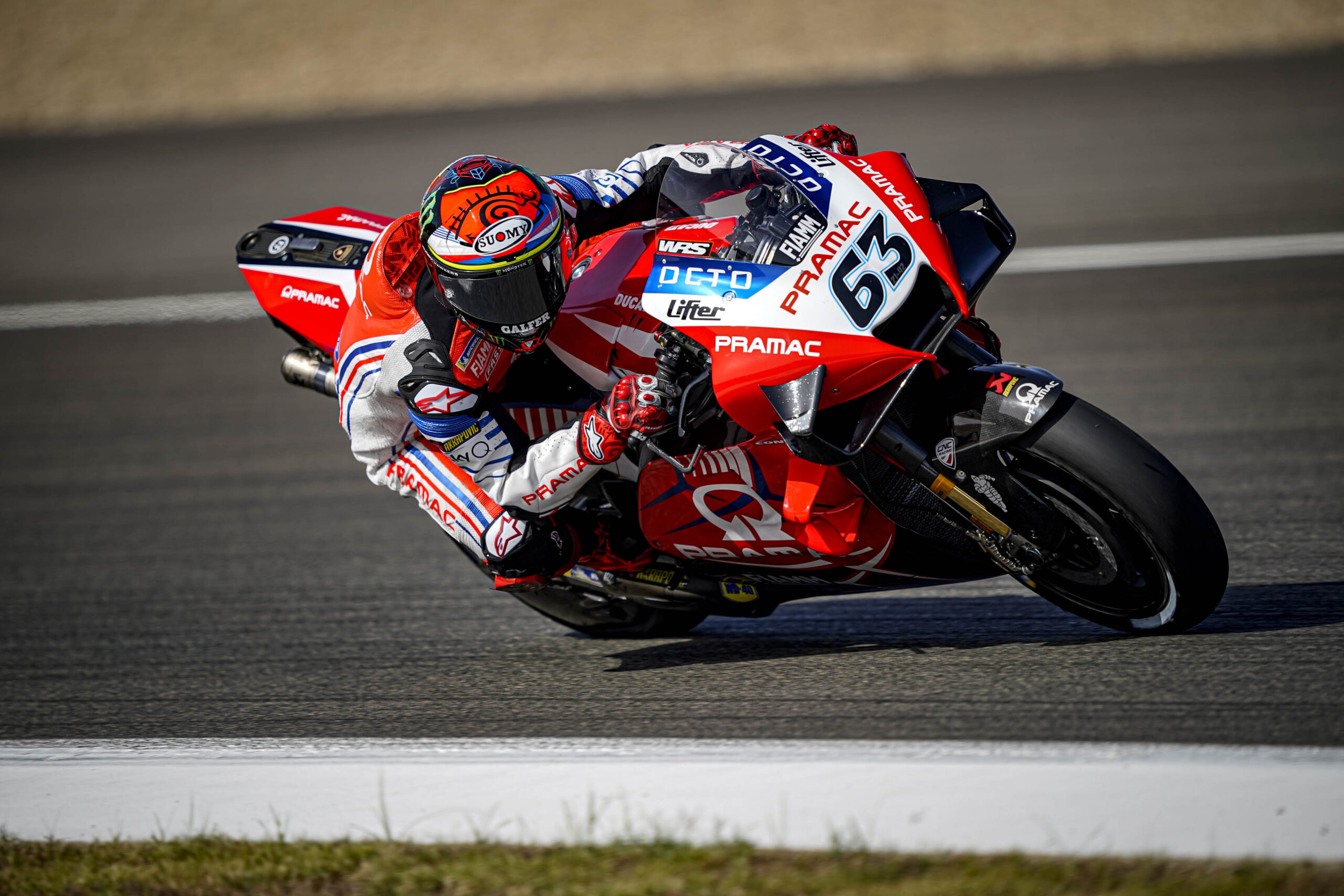 I was missing this feeling. My first time in first row in MotoGP is something very beautiful for all of us.
We did a further step forward; I feel ready for the race and we focused about the last part of the race and I think that this time we can manage front tires wear. I will try to be fast and constant since the start because I know that we have the race pace to stay with the head group. I want to thanks my team and Ducati because they deserve it for trusting and I think that a first row today can be a very important goal for us. 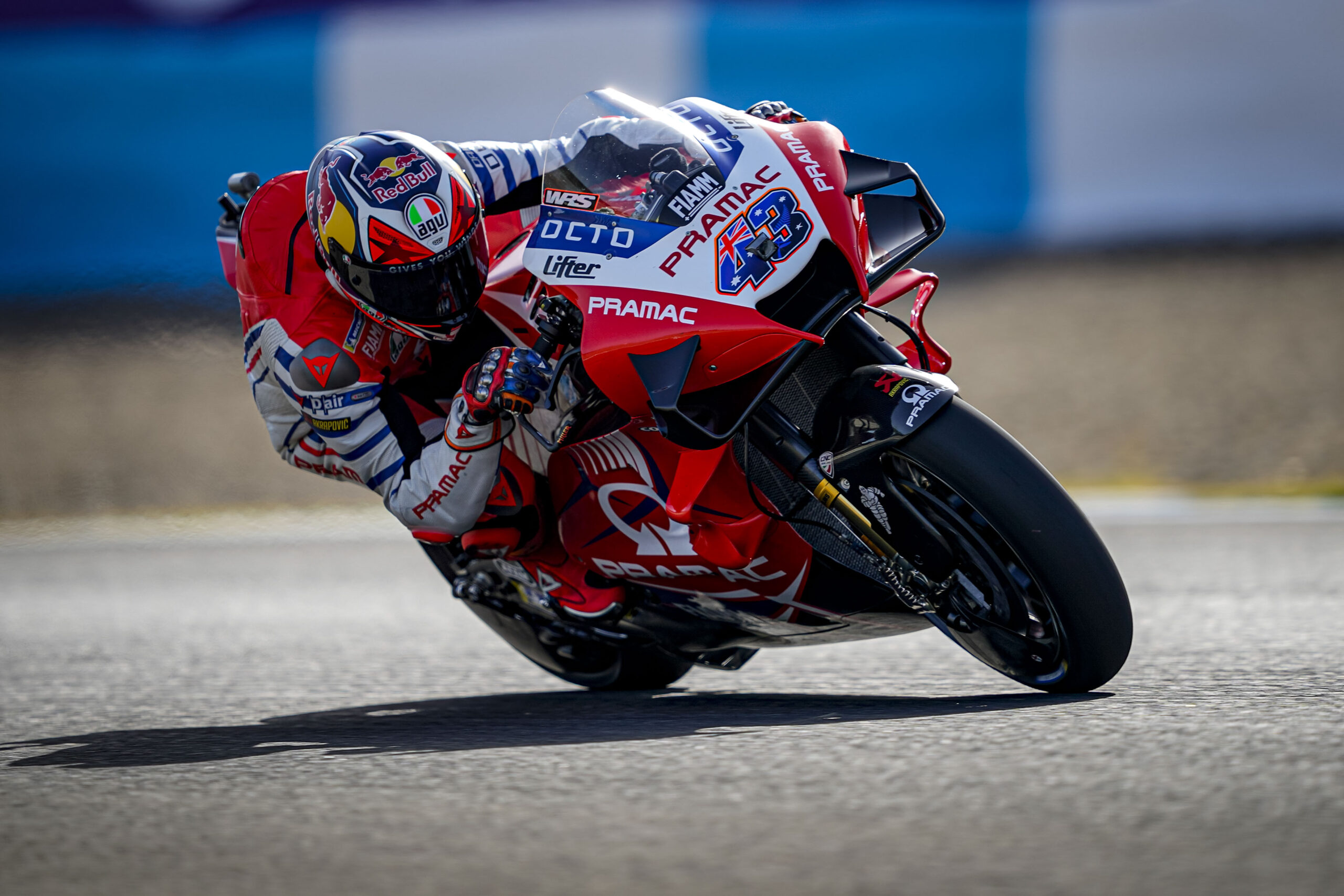 Happy enough with today, we would have liked to have been a little more up the grid but I’ll take it! I didn’t really get to do a clean lap, the first tyre I had took a bit to get going and didn’t really work on the first 2 and a half laps and I ended up doing 3 laps. The pit stop was a little bit of a rush to get the tires over, and then got caught over by the new yellow flag rule and had to roll out of my first run lap and then on my second one I had a couple of mistake and then had to literally ride with my eyes shut in the last 3 sectors to make up time and improve. Hopefully we can spring up a few positions