Home/News/Czech GP – Francesco Bagnaia crashed during the FP1 and broke his tibia. P10 for Jack Miller after the Free Practice
CzechGP - Free Practice - 7/08/2020


Czech GP – Francesco Bagnaia crashed during the FP1 and broke his tibia. P10 for Jack Miller after the Free Practice 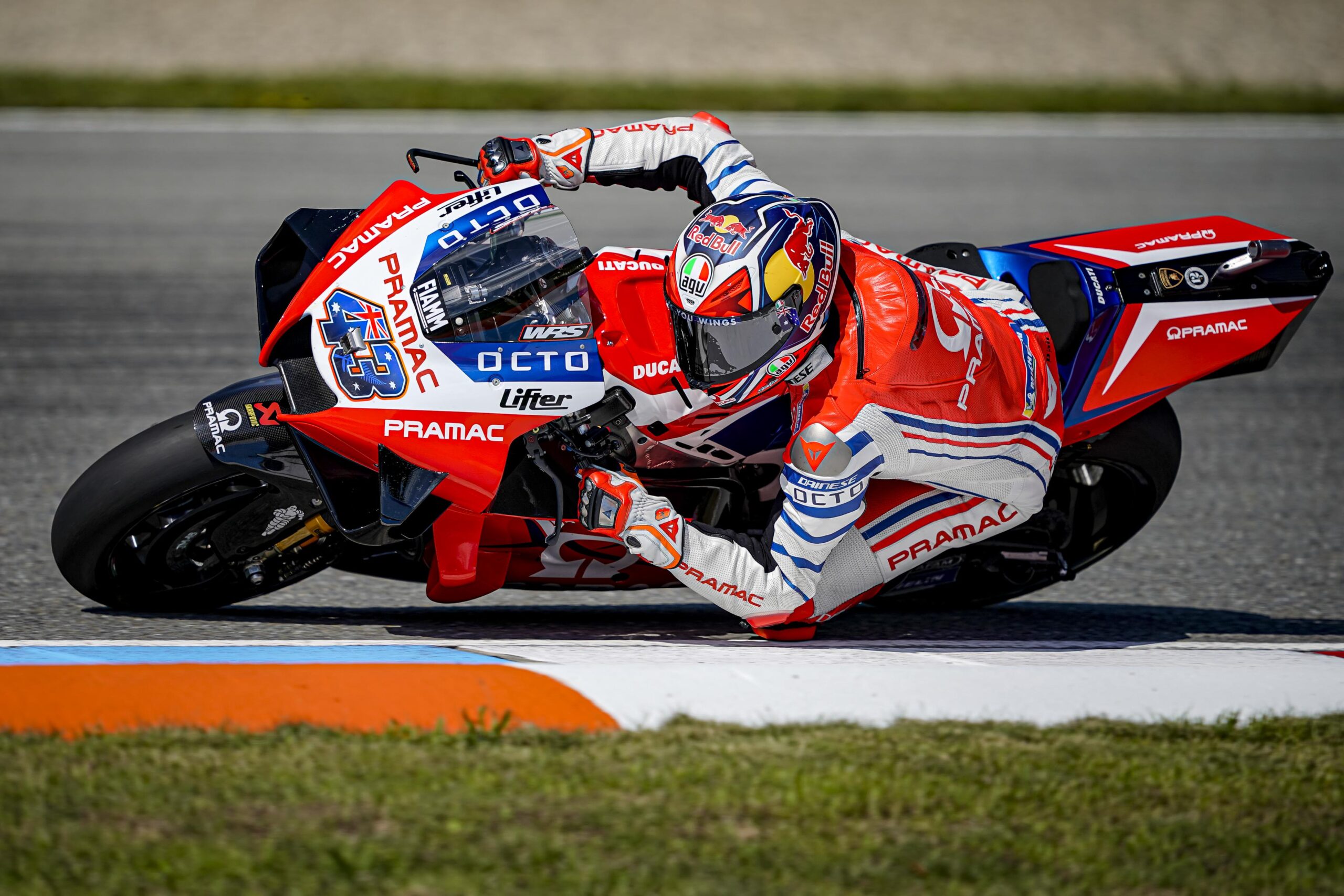 First day at Brno started with a crash for Pecco Bagnaia which will not allow him to Race this sunday, Jack Miller conquered the Top 10 in FP2.
The Italian rider started very well this morning, he had a good feeling with the bike and everything was going in the right way, unfortunately during the last lap in the FP1 Pecco had a crash.
Tomorrow Bagnaia will be back to Italy for further medical tests and he probably will be under surgery in the same day on his right tibia.
Michele Pirro will replace him in the next  GP in Austria.
Jack Miller ended the day in Top 10, The Australian rider had some difficulties caused by the bumpy asphalt, but he was able to use this session to improve some technical aspects and trying different set up.
Jack set his best time of 1:57.109 on lap 15. 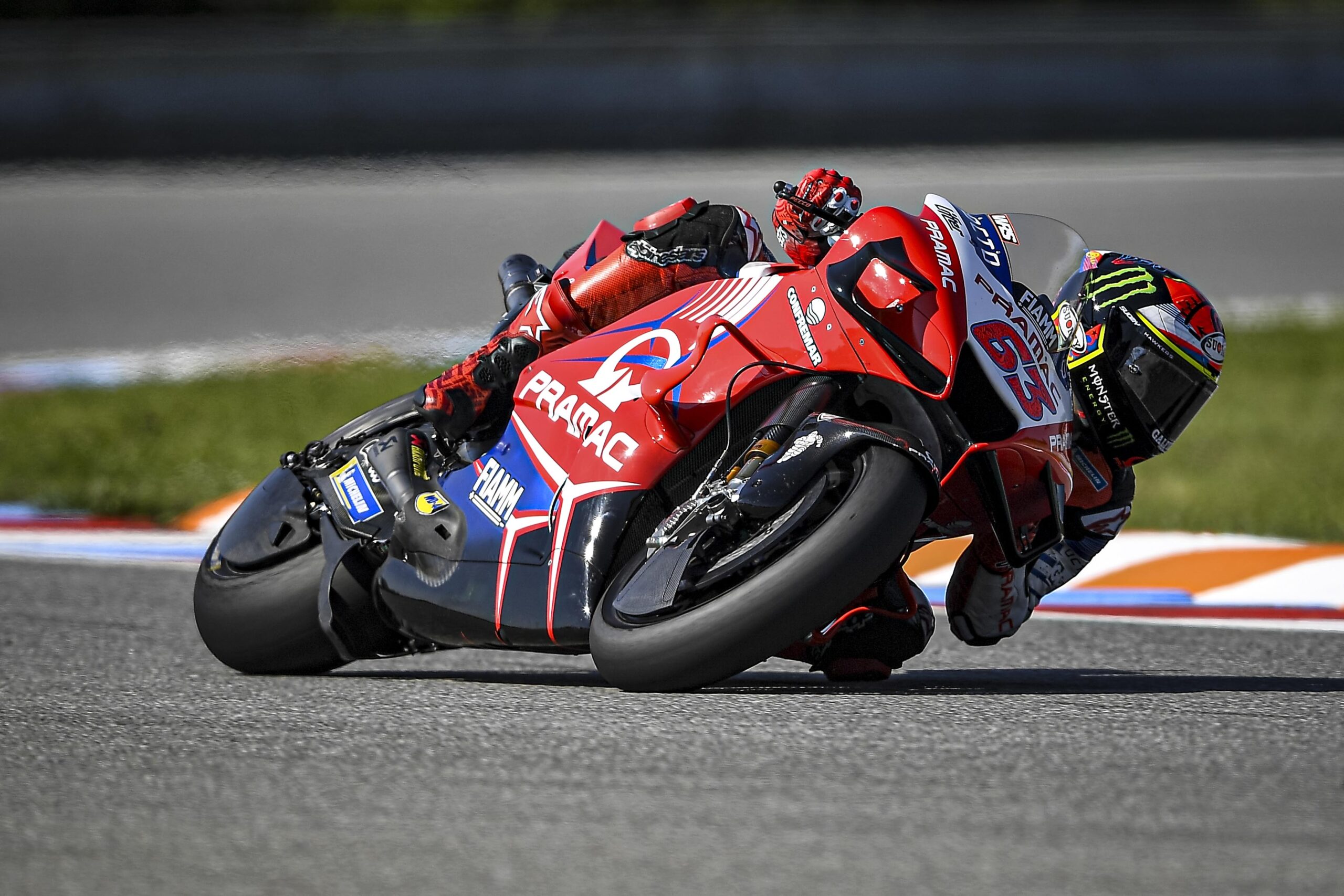 Tomorrow morning I will be back in Italy.
Luckily the fracture did not affect the ligaments of the knee so the recovery time will be faster.
I’m really sorry because this morning the feeling with the bike was really good.
My goal is to be on track for the second race in Austria.
I would like to thank all the medical staff, the Clinica Mobile, Pramac team, Ducati and the VR46RidersAcademy for their great support.
See you on track soo

The grip was quite low and the track is very bumpy.
We did some change on the bike and now we are in the right direction, the feeling is positive.
Everybody is going very fast, but we just had to find the right set up, I’m very confident for tomorrow.