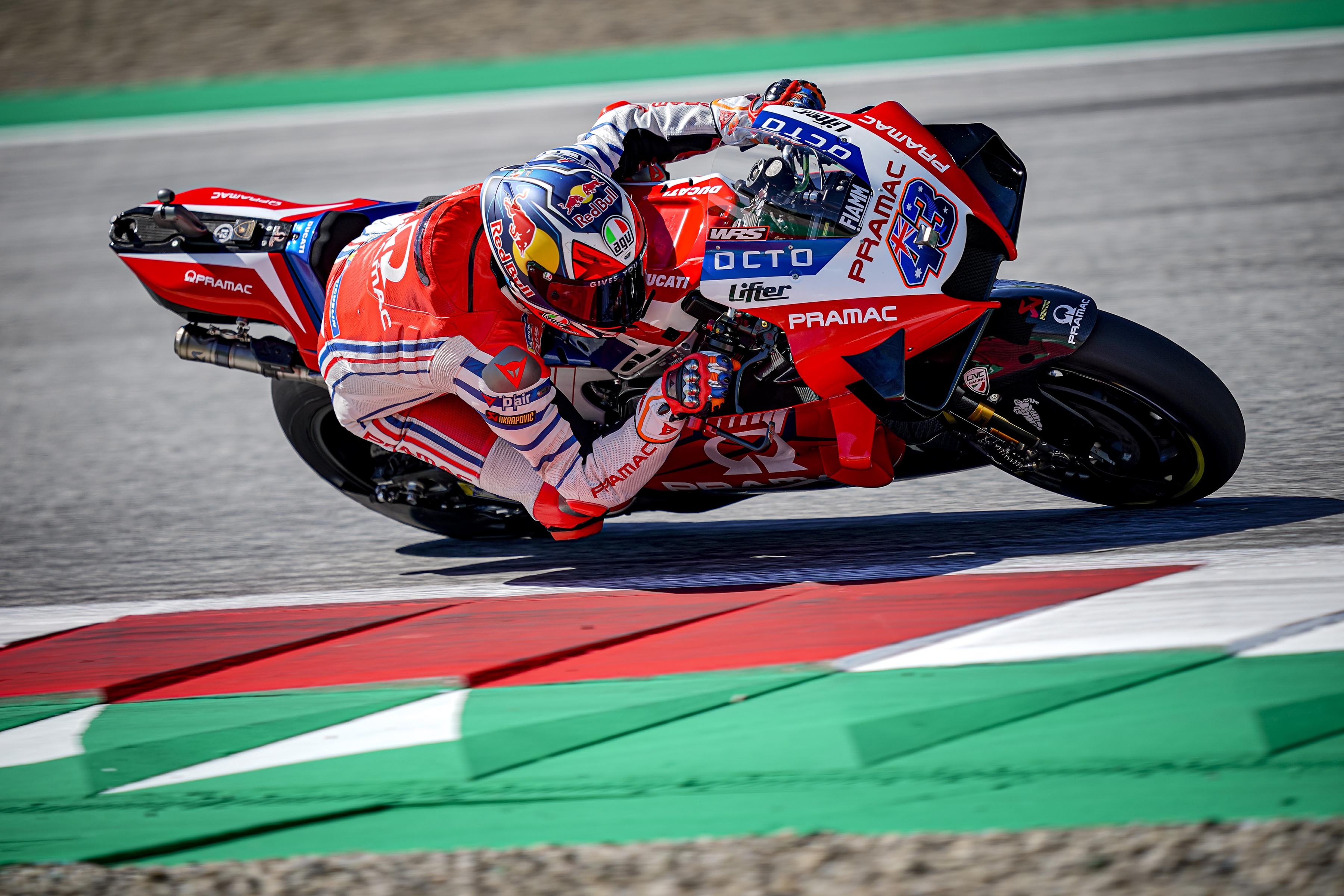 MotoGP is back in the Reb Bull Ring circuit.
Jack Miller started super fast this morning, he started attacking from the very beginning and took the first position in the FP1 with his best time of 1:23.859, which allowed him to conquer the second position in the combined standings.
During the FP2s the Australian rider worked on the set up in race configuration with used tyres.
Already from this morning’s FP1, Michele Pirro was faster compared to last weekend, and he arrived less than 2 tenths away from the top ten with his best time of 1’24. 508.
In the FP2 the Italian rider and the team focused on the race pace.
He ended the free practice day in sixteenth place in the combined standings.

I’m happy about today, this morning I was faster than last weekend, which means that my confidence with the bike and the track has improved. I’m not far from the top ten, today we focused on race pace but tomorrow we have to try to get into the top ten.

A good first day, we did a fantastic FP1 this morning, we were very fast.
I did quite several laps, we tried the medium tires this morning and the soft this afternoon.
I’m satisfied about today and ready for tomorrow.