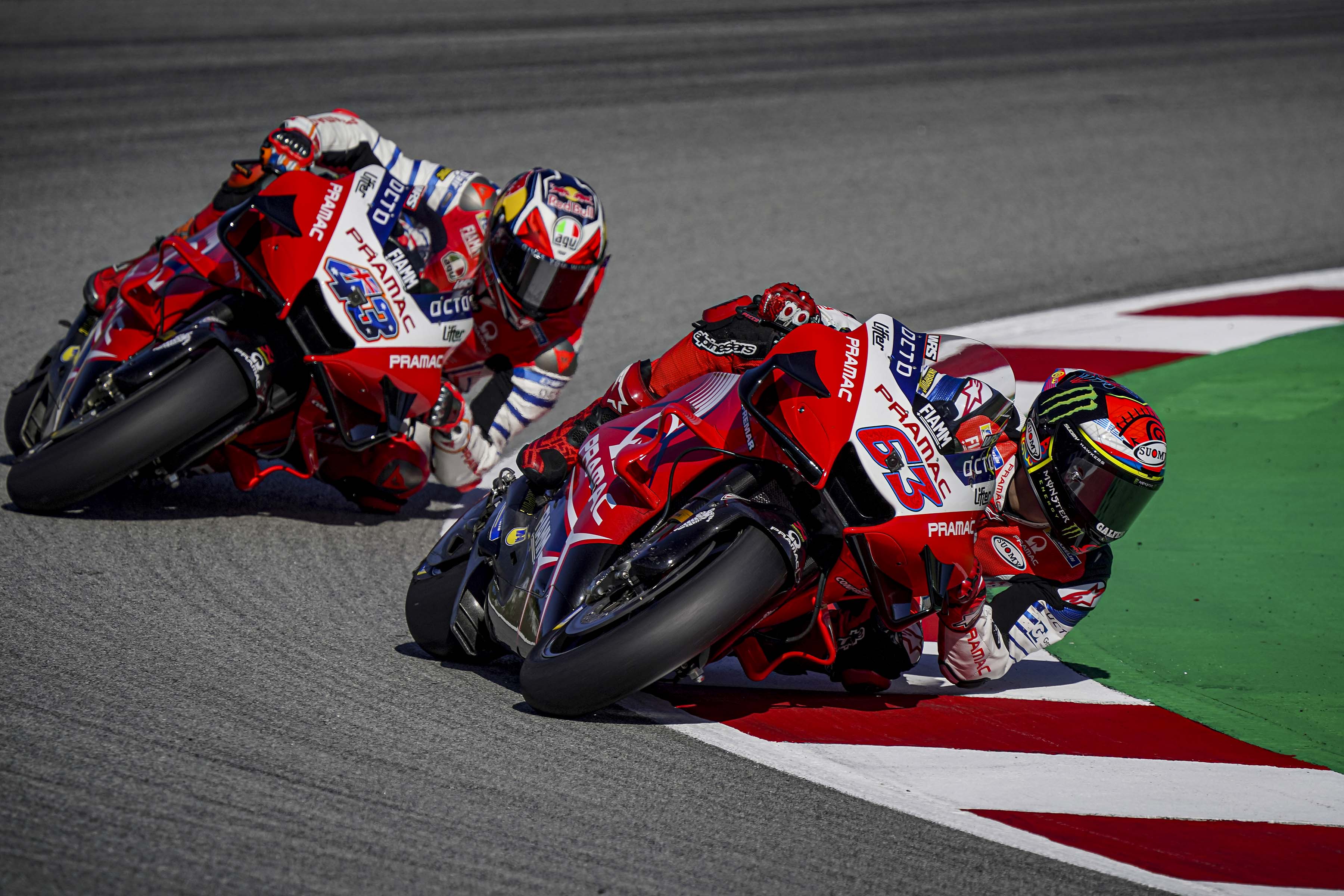 First day at De Barcelona- Catalunya,
Today the Pramac Racing Team’s riders Jack Miller and Pecco Bagnaia have concluded respectively as 12th and 20th in the combine practice.
The Team worked a lot to tried different set up configurations on both bikes, but Pecco and Jack had troubles in both sessions due to the lack of grip and the strong wind. The combination of these two factors did not allow them to make the most out of this first day on track.
Jack got better in the FP2 scoring his best time of 1’40.626 in the last round and improving by 2 seconds compared to the previous session. He concluded in P11.
It was a tough day for Pecco, struggling because the track is lacking in grip. The Italian rider concluded the FP2 in P20 with the time of 1:41.447, he improved by almost 6 tenth of a second his time compared to the first session. 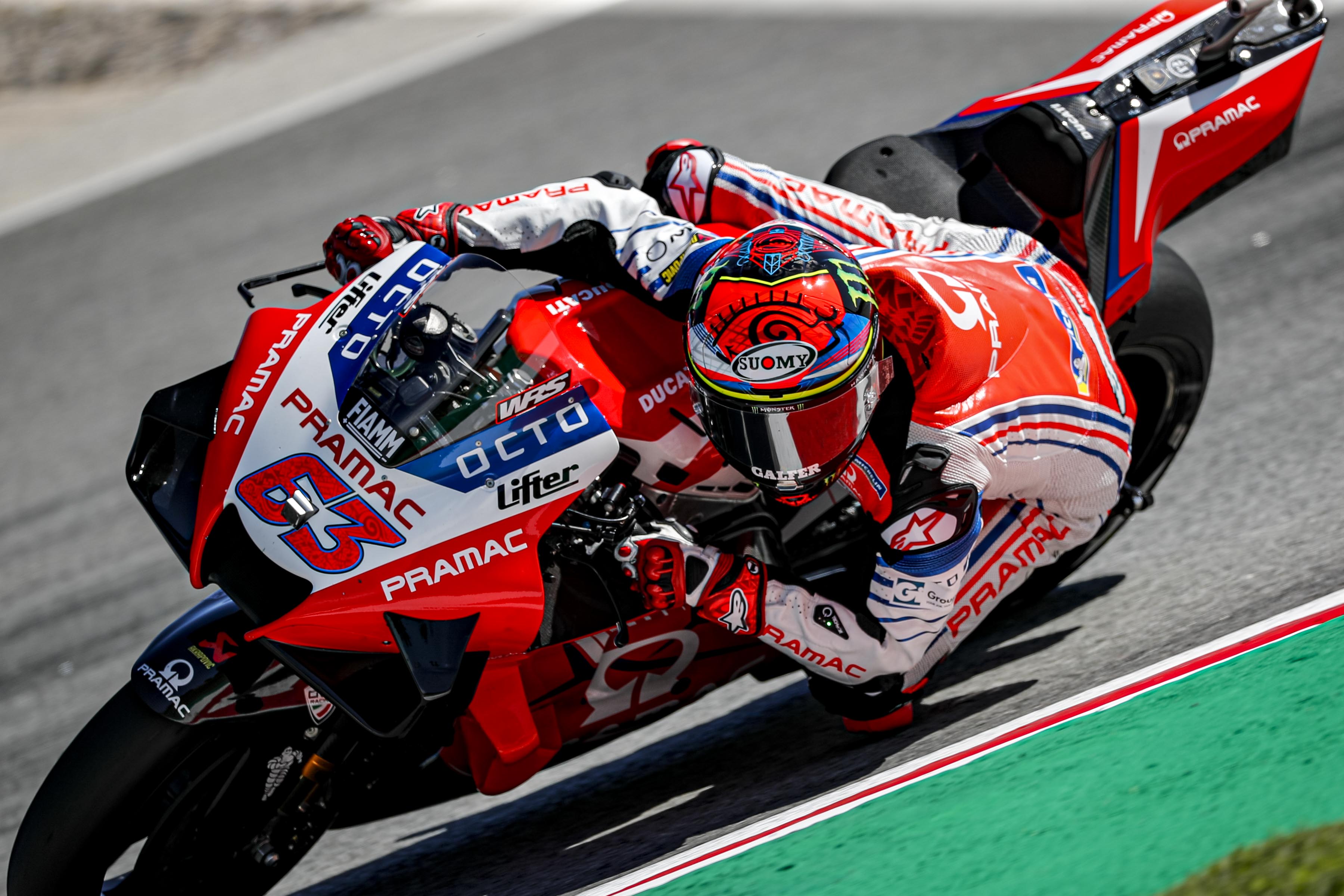 It was a tough day, I did not have a good feeling as I did not have grip and the wind was very strong, especially in some areas of the track. From the data we have analyzed it was found that I could not warm up the tires despite the changes that we have applied.
There should be more grip tomorrow as the weather should improve and I am sure it will be better. 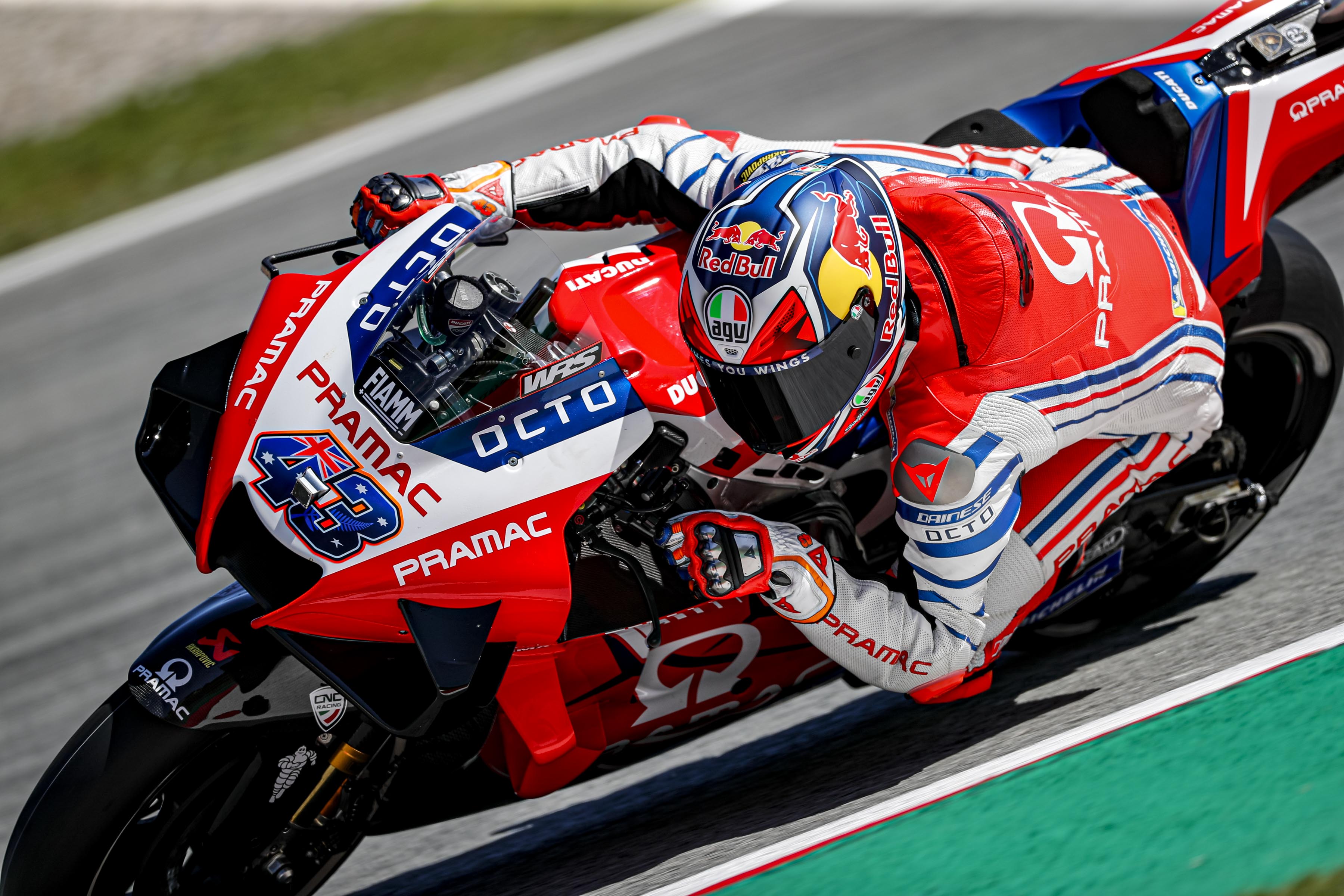 Unfortunately a combination of things weren’t helpful, I did not have grip and the wind was very strong. Also, I struggled a lot with the front wheel because of the wind. Let’s hope it will be better tomorrow as the weather forecast should improve.