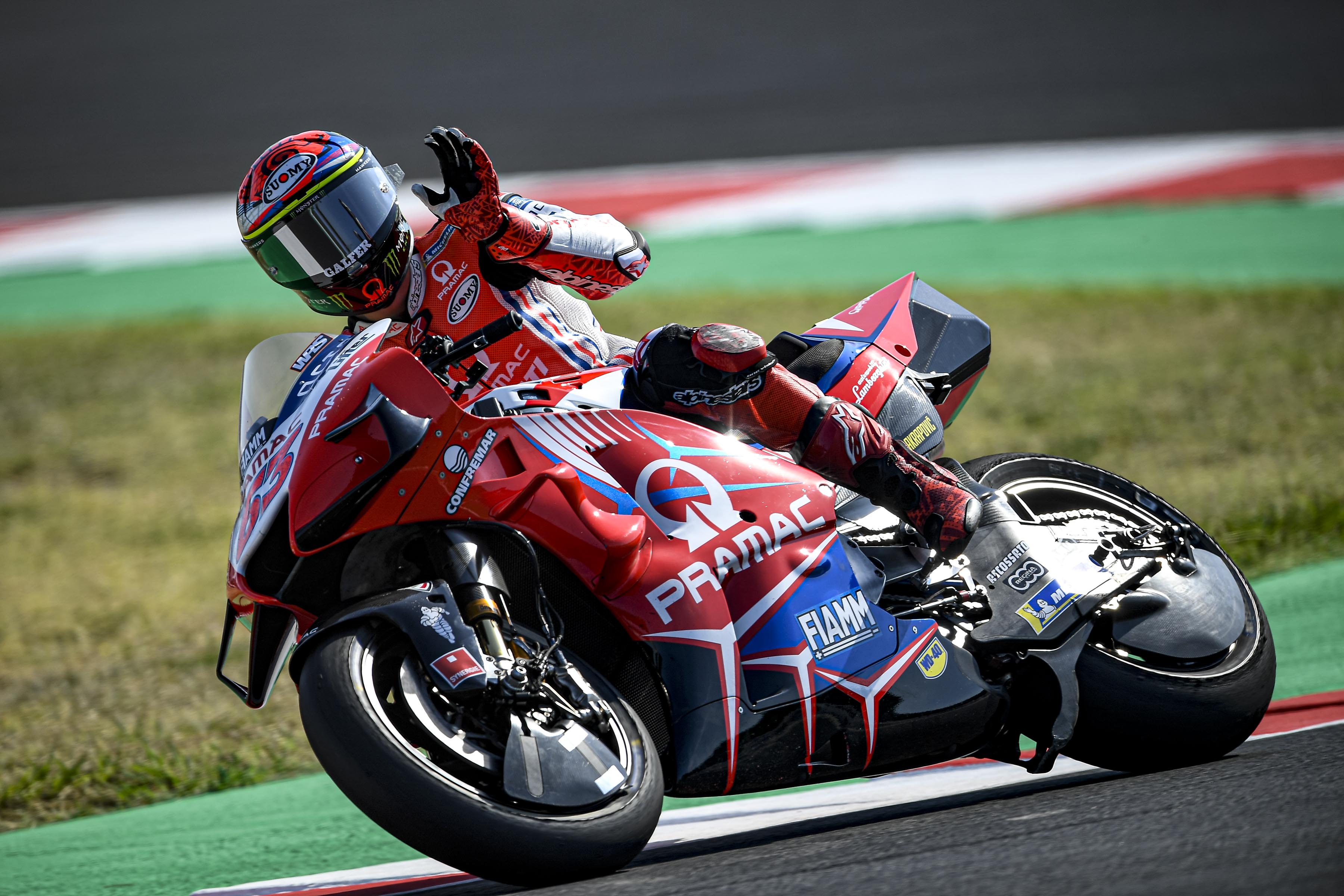 The Grand Prix of San Marino, which officially opened today,
saw the long-awaited return to the track of Pecco Bagnaia after a stop of three consecutive GPs.
Bagnaia got back in the saddle of his Desmosedici this morning and already during the FP1 he immediately completed 17 laps and affirmed that the feeling was positive.
In the afternoon session he completed other 17 laps and he made a good step forward by improving his time and regaining confidence.
A convincing start for Jack Miller who closed the FP1 in the top ten with a time of 1’33.502 at the eleventh lap, while in FP2 he was not able to express himself at his best and this caused some difficulties in the time findings.
The Australian driver closed in P17 in the combined session. 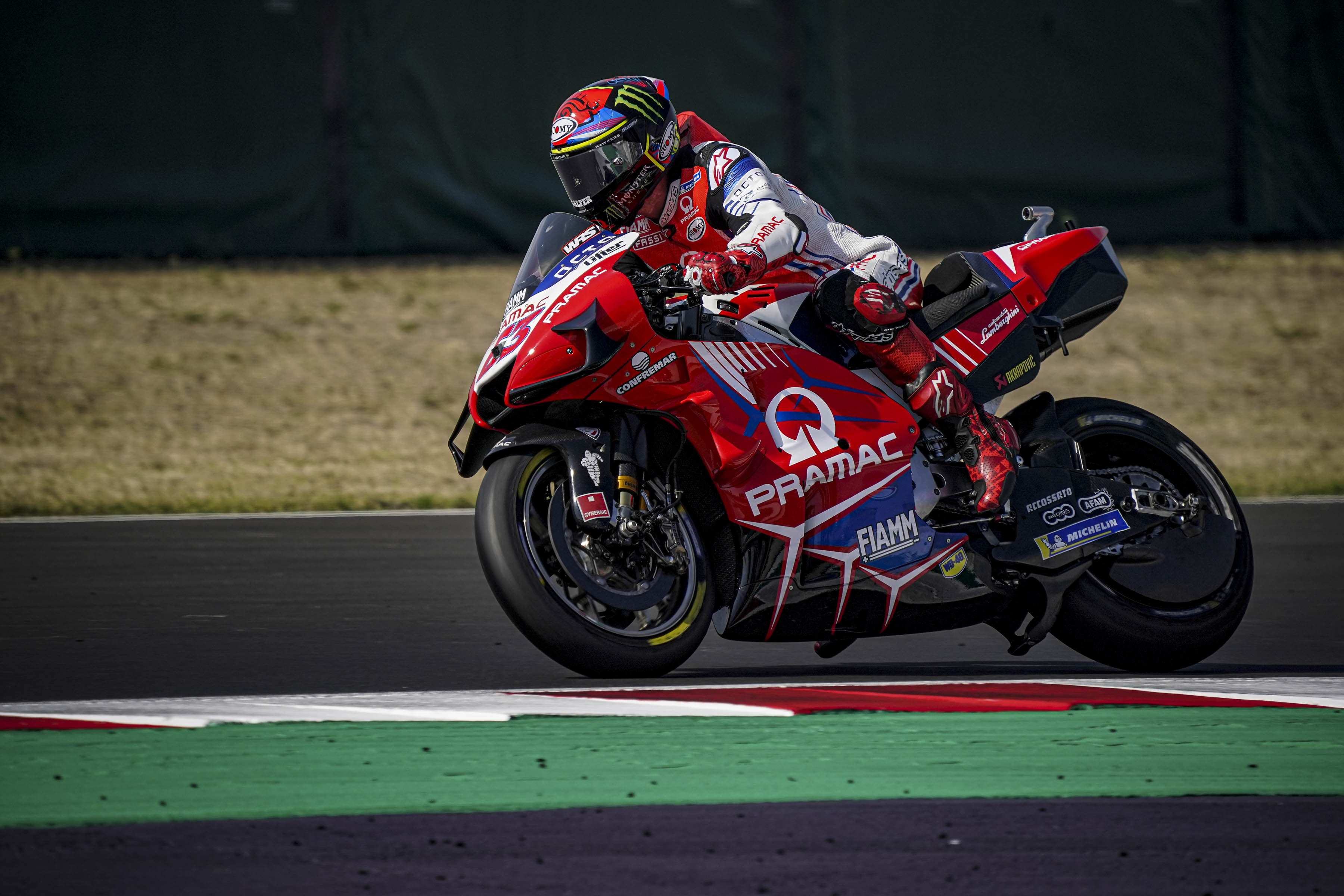 It was a good day, we were working a lot to find the confident with my bike. Today it was a very important day to understand how my leg reacted while I rode so I’m very satisfied with the work done at home. This morning I didn’t struggled instead during FP2 a little more, but it’s normal. Suring the afternoon I improved my best lap with old tires and I’m very happy for this. Tomorrow we will made another step in front in anticipation of the race. 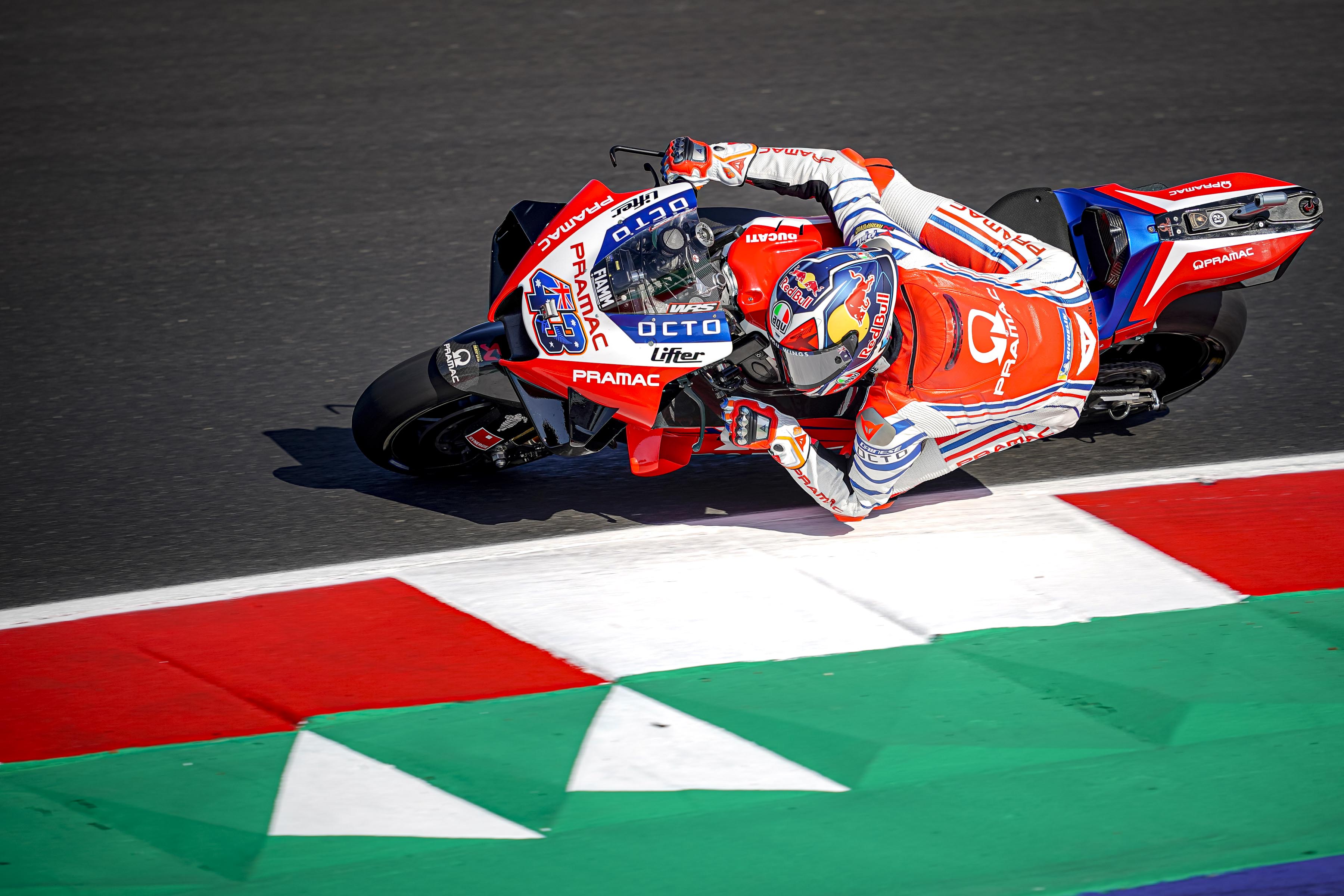 It was not the beginning I had hoped for,
I had some difficulties, especially in the afternoon session but the pace was good.
My shoulder did not give me any problems and I am happy about that.
We still have work to do, but I am very focused for tomorrow.