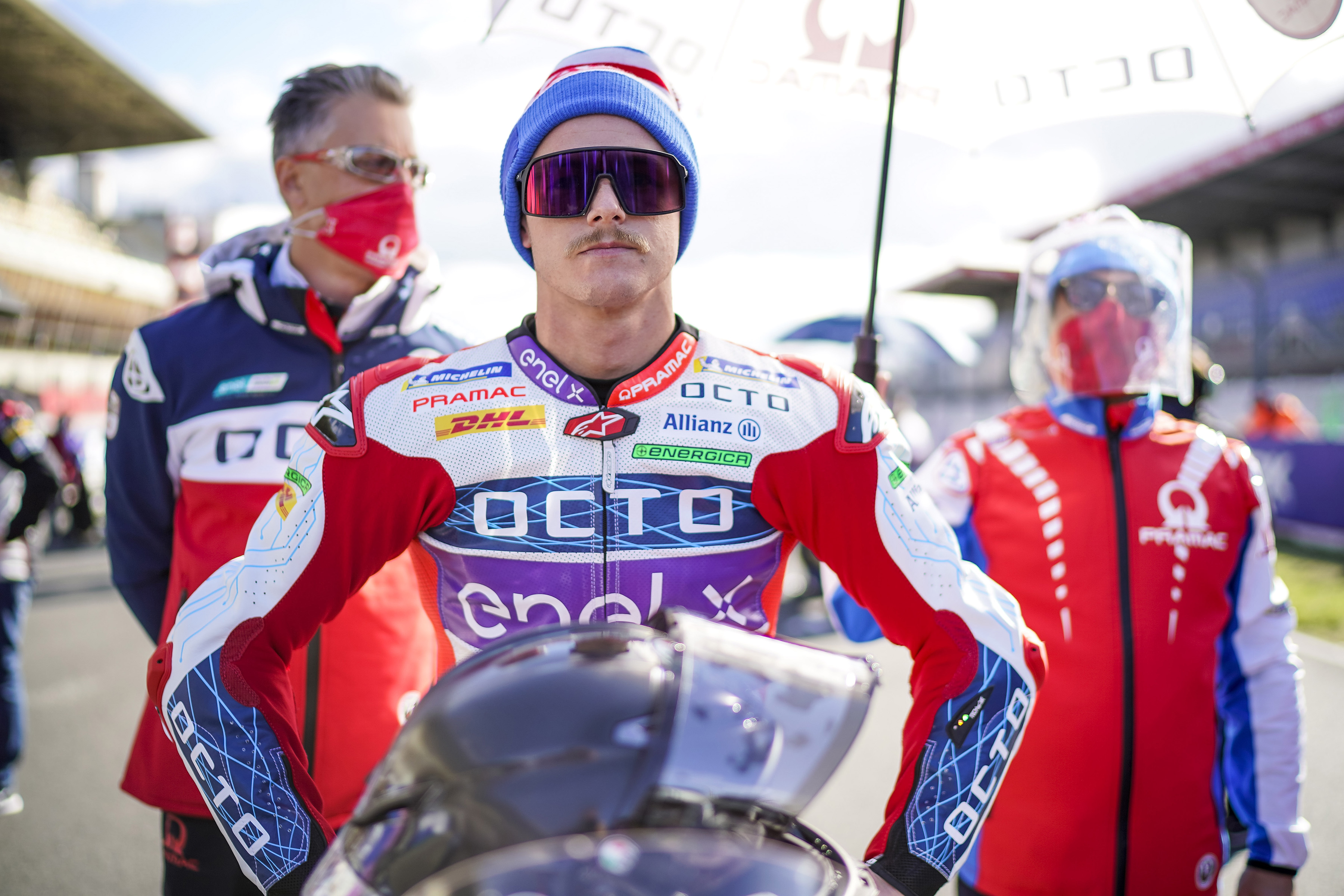 Busy day for the MotoE championship, today Octo Pramac riders faced both the E-Pole and the first of the two races scheduled this weekend.
A positive saturday for Josh Hook who conquered a good fourth place in the E-Pole only 7 tenths from the third, a crash during E-Pole compromises De Angelis’ race.
Josh Hook starts well but a red flag on the first lap forces the riders to stop and reposition on the grid.
A constant race for the Australian rider who stays with the leading group for the whole race closing in fourth place.
De Angelis after a bad crash during the E-Pole forced him to go to the medical center.
Fortunately the rider from San Marino does not report serious damage but will compromise the performance of the rider in the afternoon race.
A difficult race that, however, thanks to a great sporting gesture of De Angelis had completed, closes in twelfth position. 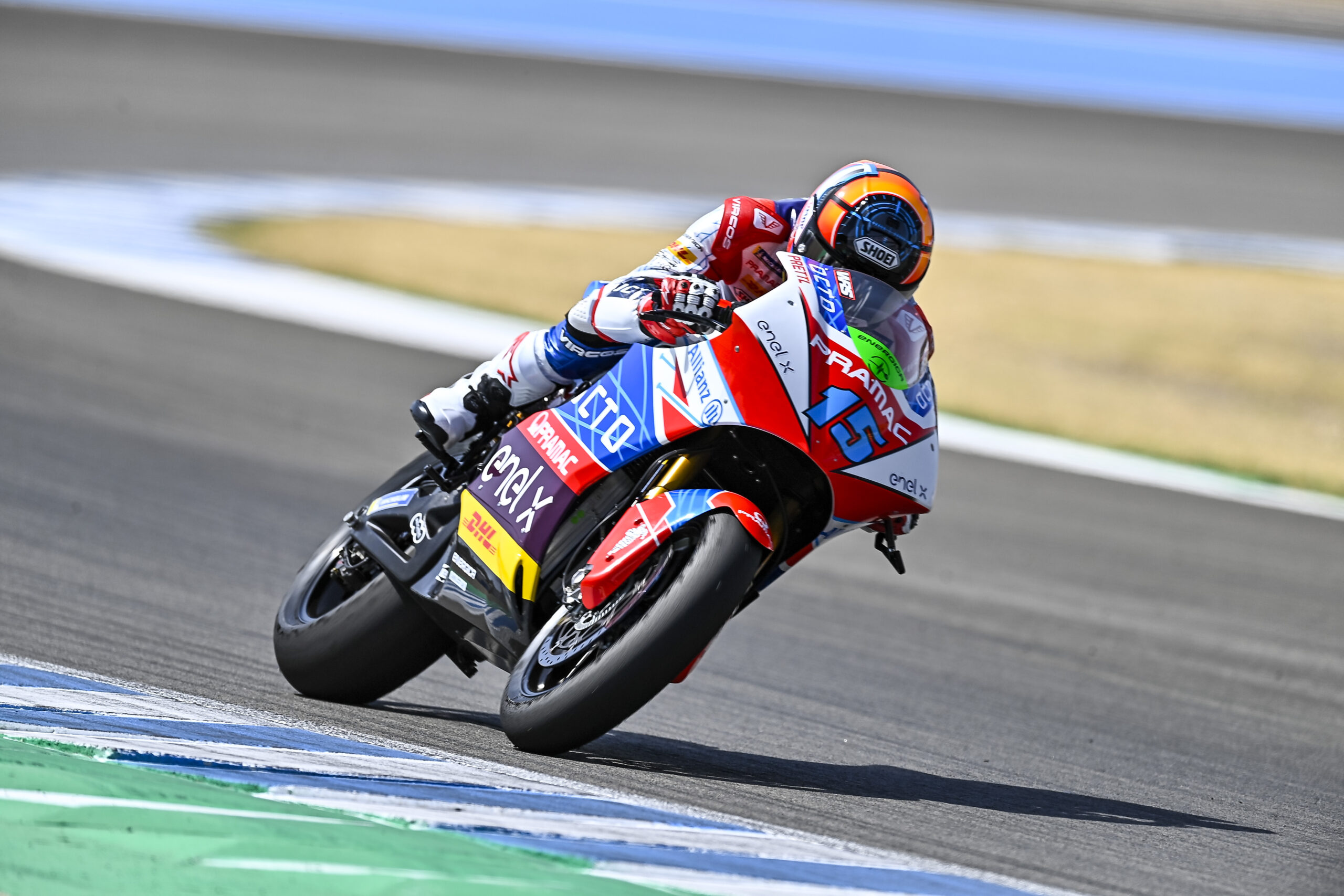 In this morning’s fall I unfortunately hurt my shoulder where I had surgery 4 years ago and I had no strength in my arm during the race.
I was not able to push as I wanted, but I still managed to finish the race.
I hope to feel better tomorrow. 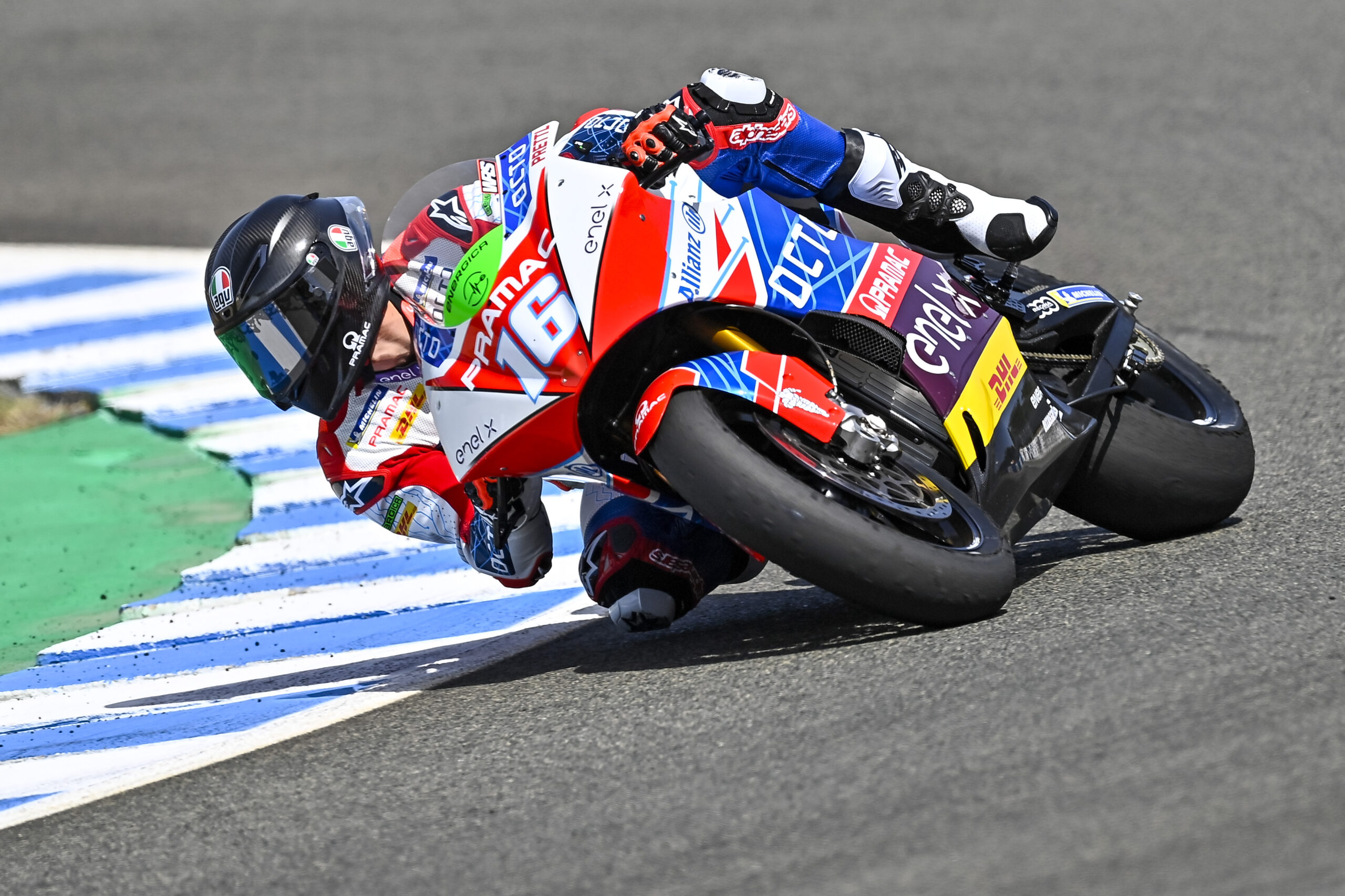 The race was difficult because of the red flag,
but I am happy with how the race went in general and the result.
Tomorrow I will always start from fourth position and we can fight for the podium.