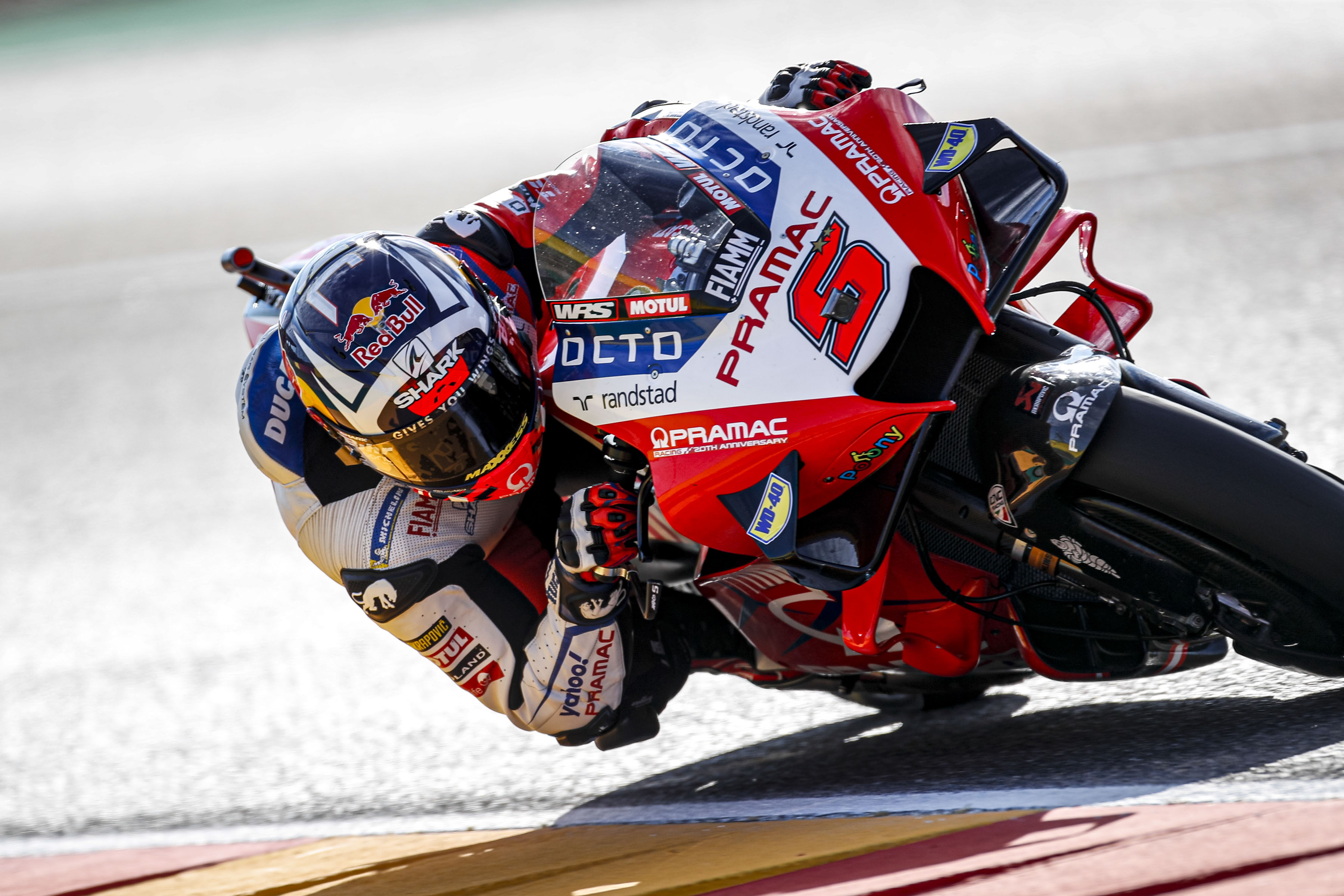 The Pramac Racing Team returns to Spain this weekend to take part in the thirteenth Grand Prix of the 2021 MotoGP Season; the Grand Prix of Aragón.
After placing seventh in the FP1 session this morning, Zarco was able to improve his lap time by more than a second and a half in FP2. With a lap time of 1:47.988, he stands in fourth after the first day in Spain. Similarly, Martin was seventeenth this morning and he too improved in the afternoon. The Spanish rider, thanks to a fast lap of 1’48.023, ends the day in fifth place. 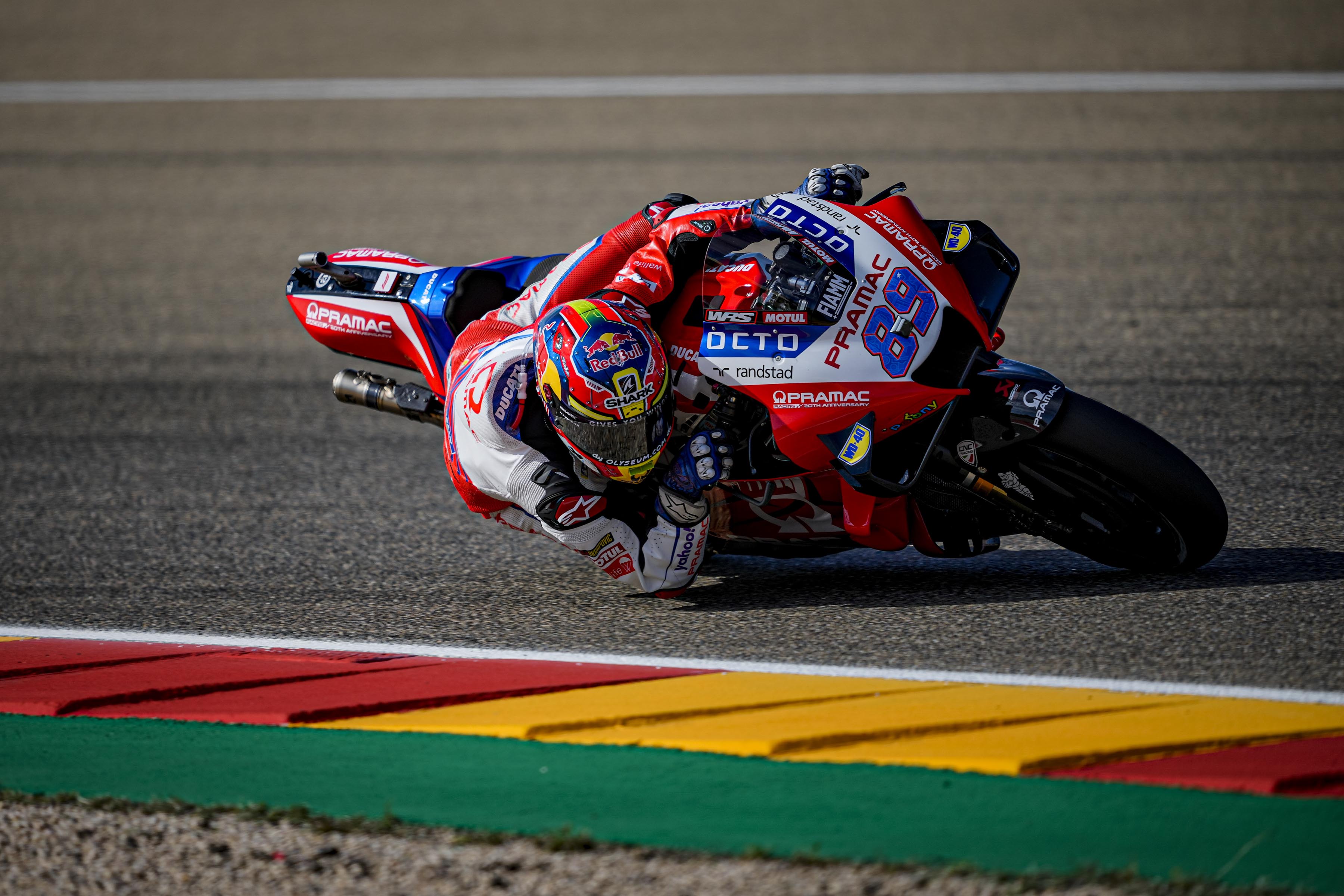 I didn’t hope to be competitive today,
This is not one of the easiest tracks for the Ducati bike and it require a lot of physical effort.
My goal is to be in the top ten tomorrow after FP3 and have a good qualifying session. 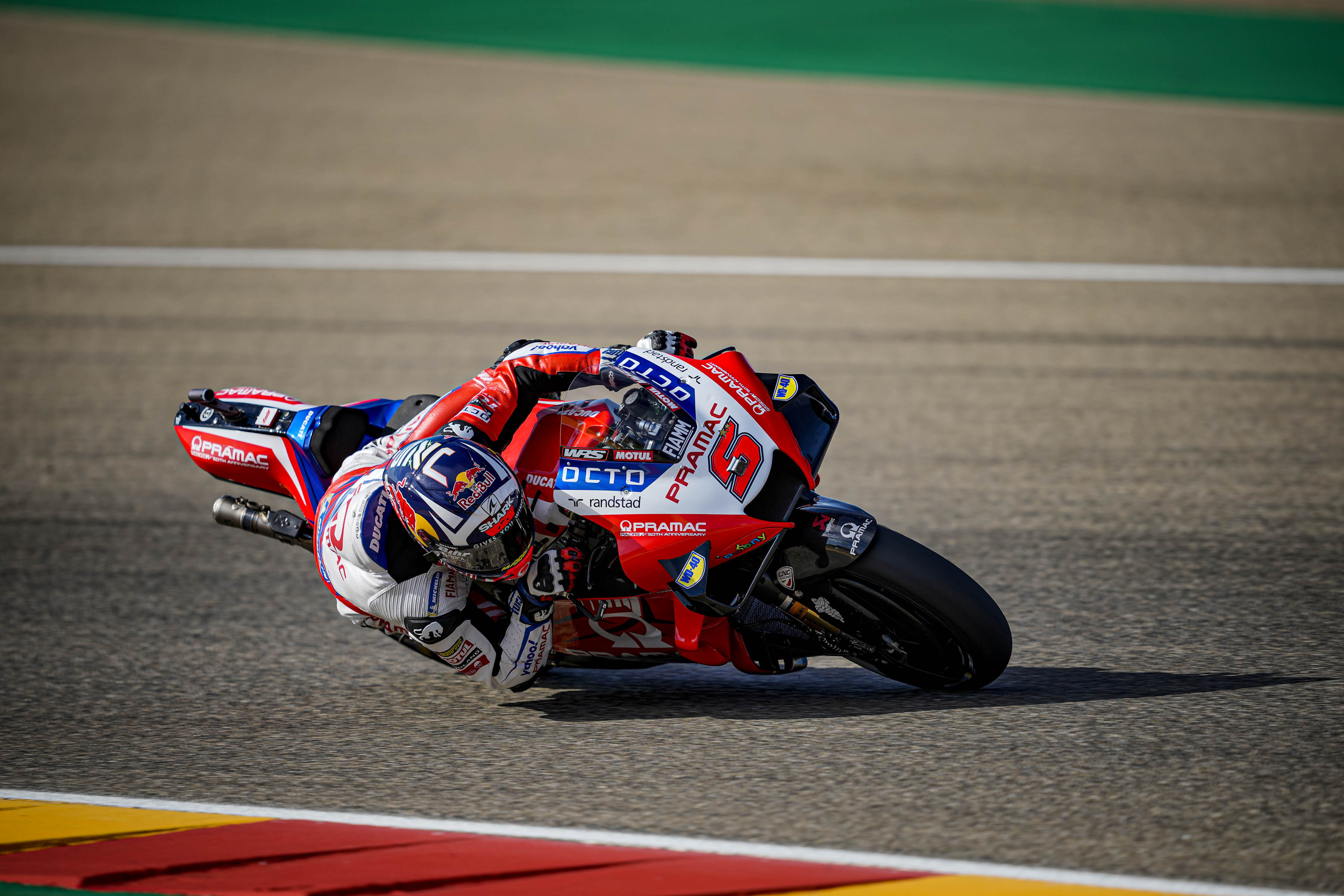 I am happy with today and I have found the right feeling.  In FP2, I was able to put out a fast lap and I hope to continue on this path tomorrow.