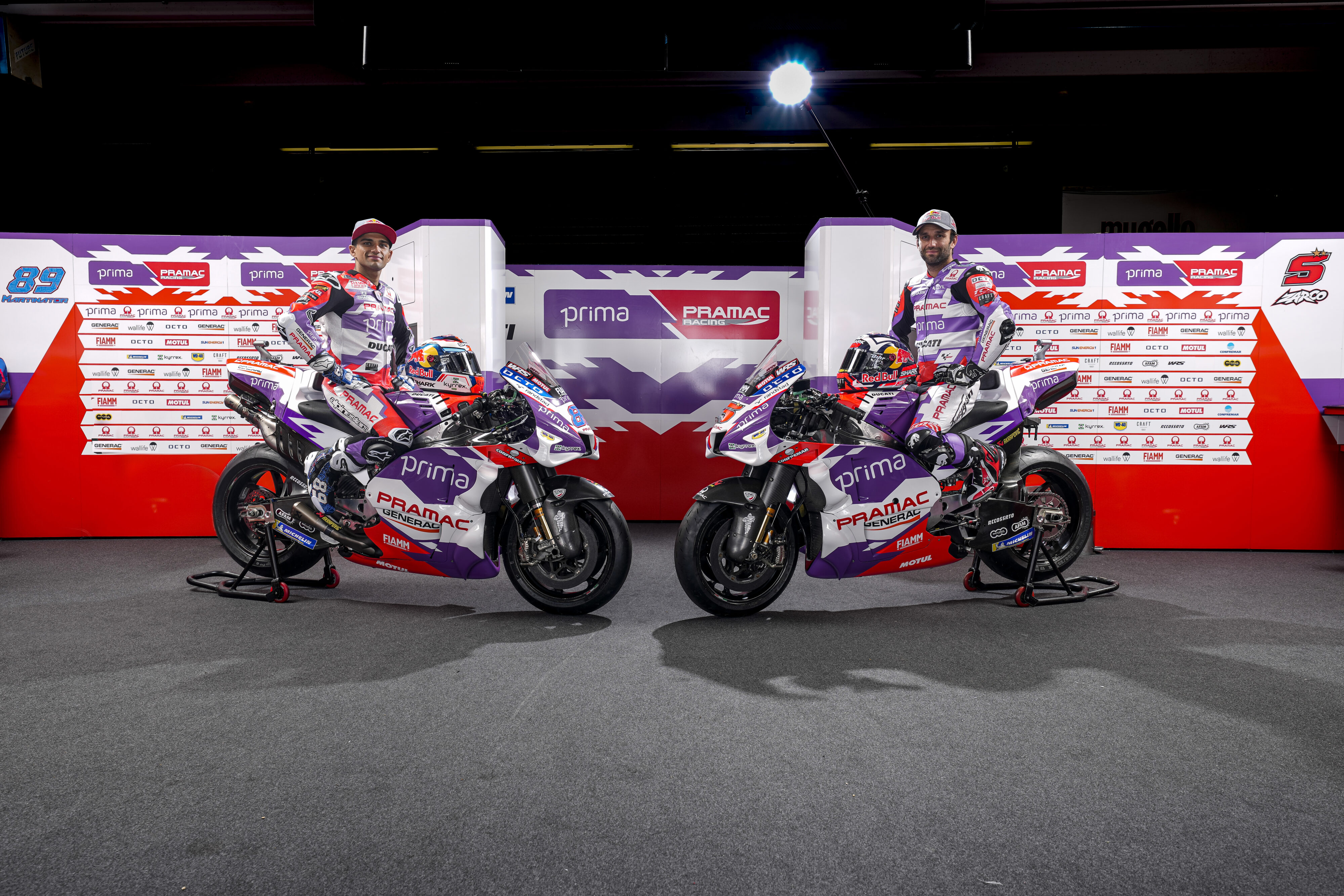 Pramac Racing and Prima Assicurazioni announce a three-year collaboration for the 2022, 2023, and 2024 MotoGP championships.

Prima – tech company that has revolutionized the insurance industry thanks to the digital – will be the new Title Sponsor of Pramac Racing.

Prima Assicurazioni is a leading player in the Italian insurance sector, with over 2 million  customers and a strong positioning in the motorcycle segment, with almost one in ten motorcycles in Italy insured with Prima. Thanks to its technological DNA, Prima operates as an insurance agency able to simplify access to car, motorcycle, van, home, family, and accident insurance policies, with an omnichannel distribution strategy that integrates the online with a network of brokers and agents.

A new synergy is born between two players used to putting teamwork at the center of their success, investing in the key role of technology in their strategies, and having strong international ambitions.

The expectations for this season of MotoGP World Championship are high, after an incredible 2021 season for the Pramac Racing team which earned the title of Best Independent Team, Best Independent Rider and Rookie of the Year.

Pramac Racing, team of PRAMAC – a global leader in the production of generators and equipment for handling logistics – will take the name of Prima Pramac Racing for the next three seasons of MotoGP, with a new livery for the two Ducati Desmosedici bikes, starting an exciting long-term project with Prima Assicurazioni.

George Ottathycal, CEO of Prima Assicurazioni: “Today begins an important partnership between two players used to putting technology, talent and teamwork at the core of their success. The entry into the MotoGP will help us strengthen our brand positioning in the motorcycle segment, in which we already have a share of almost 10% insured vehicles, and it will support our strategy of international expansion. We believe that the path of collaboration undertaken will be full of moments of dialogue between the two companies, and we will have the opportunity to learn something from each other, finding new ideas for development and growth”.

Paolo Campinoti, CEO of PRAMAC: “Today starts a new chapter in Pramac Racing history, I am proud to announce here at the Mugello Grand Prix the beginning of an important collaboration between Pramac Racing and Prima Assicurazioni. Today, Pramac Racing colors change to bring purple into our history for the first time. Prima Pramac Racing will be the name of our team for the next three years, hoping that this can only be the beginning of a great and exciting adventure, we are sure that together we will be very satisfied. I thank George Ottathycal for believing in this great project together with us”.

Pramac made his motorcycle racing debut in 2002 with his own MotoGP® team. In 2005, Pramac Racing began its long and profitable collaboration with Ducati.

The Pramac Racing team, always ready to face new challenges and compete with a competitive spirit, has achieved very significant results over time, among which stands out in 2018 the title of “Best Independent Team”. The 2020 MotoGP season saw Pramac team riders present at the starting blocks with the official Ducati Desmosedici GP20 bikes, but the 2021 season was the richest of prizes:

Jorge Martin, 2021 Rookie of the Year

The 2021 MotoGP Championship was therefore a successful year, ending with 8 podiums total for Pramac Racing (1 win, 5 second places and 2 third places), and 5 pole positions (1 for Zarco and 4 for Jorge Martin).

Prima Assicurazioni is the tech company, since 2015, which operates as an insurance agency specializing in car, motorcycle, van, home, family and accident insurance. Prima is the company that has revolutionized the relationship between customer and insurance thanks to the digital and then brought this technological revolution even between agents and brokers, finally making run a sector traditionally not very dynamic as the insurance one.